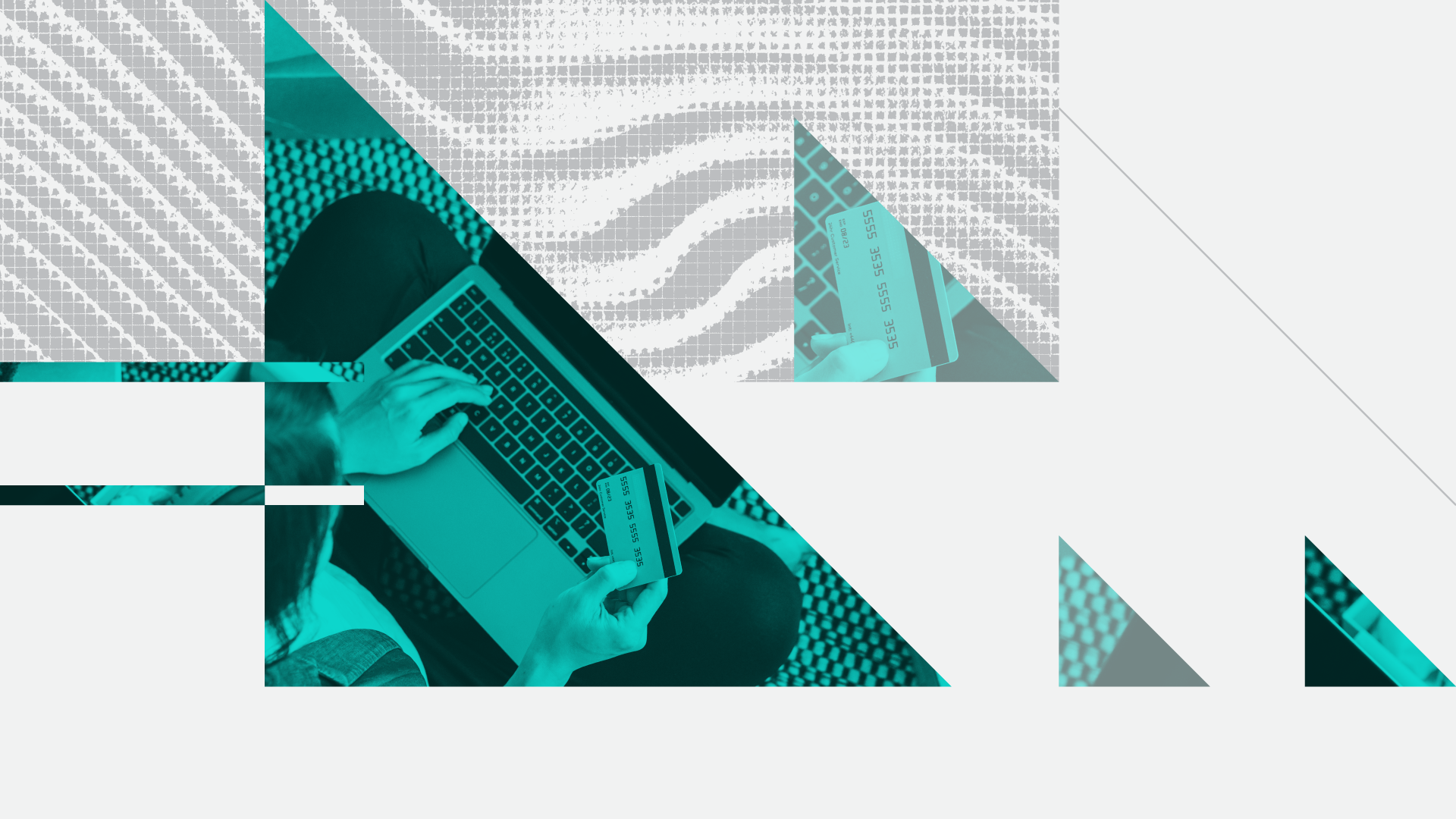 Shoppers have maintained spending levels in the face of sky-high inflation but are increasingly making trade-offs to accommodate higher prices for essentials. Nonessential categories will struggle in the second half of 2022.

Eighty-five percent of U.S. adults say rising inflation has had an impact on the way they shop, prompting them to look for deals, discounts and coupons, or just shop less overall. This is bad news for retailers, who are also facing inflationary pressures and must balance competitive discounts with the realities of higher inventory and labor costs.

The greatest impact has been to shoppers in households earning between $50,000 and $99,999 annually, who are more likely than those in other income brackets to say they’ve changed their behavior (89% versus 84% for households earning $100,000 or more and for those earning less than $50,000). The wealthy are absorbing the squeeze, while low-income shoppers were already pinching pennies.

As inflation remains elevated, most consumers will increasingly shift their spending toward essentials and away from discretionary goods, which puts retailers on the back foot going into the Christmas shopping season, already reflected in the latest slate of retail earnings reports.

Consumers are shopping less and finding discounts when they do shop

The easiest way to spend less is to shop less. But when shopping trips can’t be avoided, consumers are looking for deals. They’re also shopping at discount stores, dodging shipping fees, consolidating driving trips to save on gas and switching to generics. For retailers, this means shoppers are paying closer attention to every aspect of their purchase journey — from closely examining their final total in digital shopping carts to comparing deals across retailer sites. There’s an opportunity to lure in new customers with discounts, given the amount of disruption to shoppers’ routines.

Shares of consumers who have taken the following actions to save money in the last month, by income:

Headlines about inflation’s impact on grocery budgets are rampant, which is understandable given that the annual CPI increase for grocery was 13.1% in July. For categories like apparel, the annual increase was much softer (5.1%). Still, in all sectors tracked for our H2 State of Retail and E-commerce report, shoppers reported steady increases in spending compared with the beginning of the year. This corresponds with shoppers’ increased purchase deferrals and trade-downs. 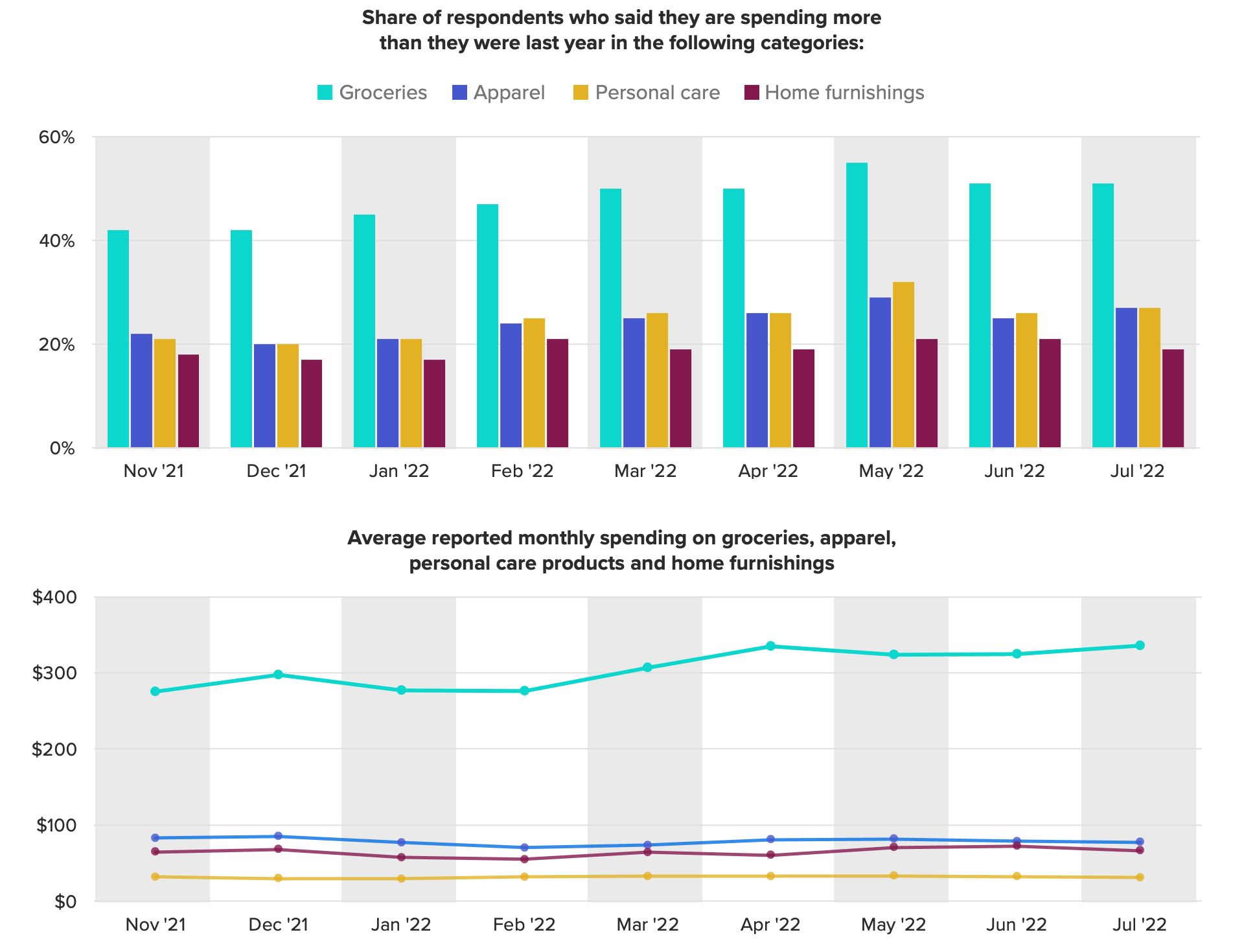 Those who reported paying more can generally afford to do so, while those in tighter financial situations have to make tough trade-offs. For example, high- and middle-income white women were most likely to report paying more for groceries, as were baby boomers. There’s also a political gap to these responses: Republicans were more likely than Democrats to say they’re paying more, likely impacted by conservative commentators’ inclination to blame the Biden administration for rising prices. Meanwhile, low-income shoppers are less likely to say they’re paying more, simply because they can’t afford to. Hispanic and Gen Z shoppers also indicate they’re less likely than others to absorb higher grocery costs.

Wealthier, male and Republican-leaning shoppers are likely to report spending more than they did last year on beauty and personal care products. Across every demographic group, the share spending more in this category was greater than the share spending less. In addition to wealthy individuals, millennials and men were marginally more likely to report spending more in apparel versus last year. Meanwhile, low-income shoppers and baby boomers reported spending less on apparel than in previous years, illustrating the trade-offs shoppers are making to afford essential products. In home furnishings and appliances, inflation hasn’t had as strong of an impact on consumers’ mindsets, although it’s likely shoppers are deferring major purchases.

Inflation has predominantly impacted consumers’ gas and grocery decisions, but as high prices for these essential expenses persist, discretionary purchases will increasingly be put on hold.

Looking forward, inflation mitigation is out of retailers’ and consumers’ hands. As economic indicators point toward a recession, many companies are already planning cost-saving measures as they brace for the headwinds that many hope will help slow inflation.

For retailers and e-commerce brands, the only way out is through. Keeping a close eye on shifting concerns and behaviors from target audiences is critical to getting discounting and inventory planning right heading into 2023 and beyond.

Some numbers in this memo differ slightly from those available in the report linked above, as new data became available after initial publication. There is no meaningful change between these survey iterations. For more retail data, download Morning Consult’s latest H2 2022 State of Retail and E-Commerce report.