U.S. consumers increasingly prefer to watch movies at home when given the choice, but half of Gen Z adults still say they would rather go to a theater 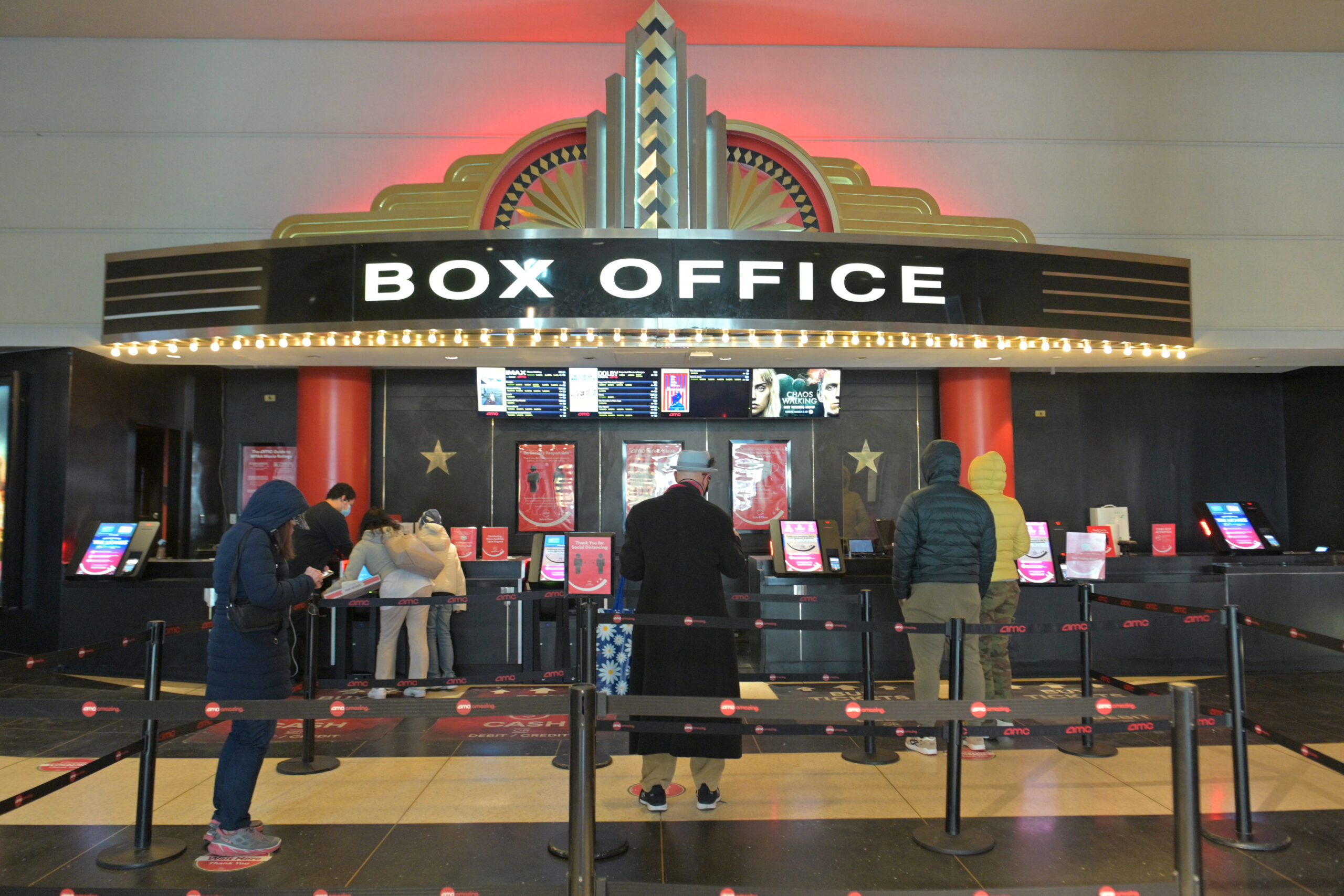 Moviegoers line up at an AMC box office on March 5, 2021, in New York City. As MoviePass prepares to relaunch, over half (56%) of U.S. adults said they are watching fewer movies in theaters now than they were five years ago, according to Morning Consult data. (Michael Loccisano/Getty Images)
By Saleah Blancaflor

Just two years after too-good-to-be-true MoviePass shut down and filed for bankruptcy, the movie theater subscription service is returning — with a different business model.

MoviePass, now owned by co-founder Stacy Spikes, will relaunch on Labor Day, allowing subscribers to choose between three pricing tiers — $10, $20 and $30 per month — which gives them a certain number of credits with which to see movies in theaters. Its previous business model, which many observers predicted was unsustainable, allowed subscribers to see one movie per day for a flat fee of $10 a month.

On the morning the new MoviePass’ waitlist launched, its website crashed due to “overwhelming demand.” The company told Insider more than 460,000 people signed up for the waitlist in the first 24 hours. Most of them were probably young moviegoers: Morning Consult data suggests that more than 2 in 5 U.S. adults (42%) and over half of Gen Zers (56%) and millennials (55%) are interested in using a movie theater ticket service similar to what MoviePass is now offering in its second attempt to shake up the movie theater business.

U.S. adults were asked how interested they are, if at all, in subscribing to a movie theater ticket service that allows them to see a set number of movies per month in theaters for $10-$30/month

Americans Would Much Rather Watch Movies on the Couch

U.S. adults were asked if cost wasn’t a factor, would they rather watch movies in a theater or at home

Interest in in watching movies in theaters is falling

MoviePass returns amid a major slump for theaters

Despite summer blockbusters like “Top Gun: Maverick,” which has brought in more than $600 million to the U.S. box office and revived some optimism in theatrical distribution, theater chains are still struggling due to pandemic-related issues and the rise of streaming alternatives. Cineworld Group PLC, which owns Regal Cinemas in the United States, announced last week it was considering bankruptcy as a result of slow ticket sales, while AMC Entertainment Holdings Inc. barely narrowed its losses and has resorted to leaning into its status as a viral “meme stock” in order to stay afloat.

In comes the revamped MoviePass, hoping to help put butts back in theater seats with its subscription-based business model. Spikes said he believes now is the perfect time to relaunch the service, with major fall releases like “Avatar: The Way of Water” and “Black Panther: Wakanda Forever” on the horizon.

While Morning Consult data shows that the number of consumers who would pick the theater over the couch has dropped in recent years, younger audiences are still very open to exploring new models. Based on the high demand for MoviePass 2.0, the service could provide a meaningful boost to the theater business — as long as its new model proves more sustainable than the last one.

The Aug. 27-28, 2022, survey was conducted among a representative sample of 2,210 U.S. adults, with an unweighted margin of error of plus or minus 2 percentage points.