Matthew Berry Dishes On ESPN Exit, Move to NBC and the Future of Fantasy Football 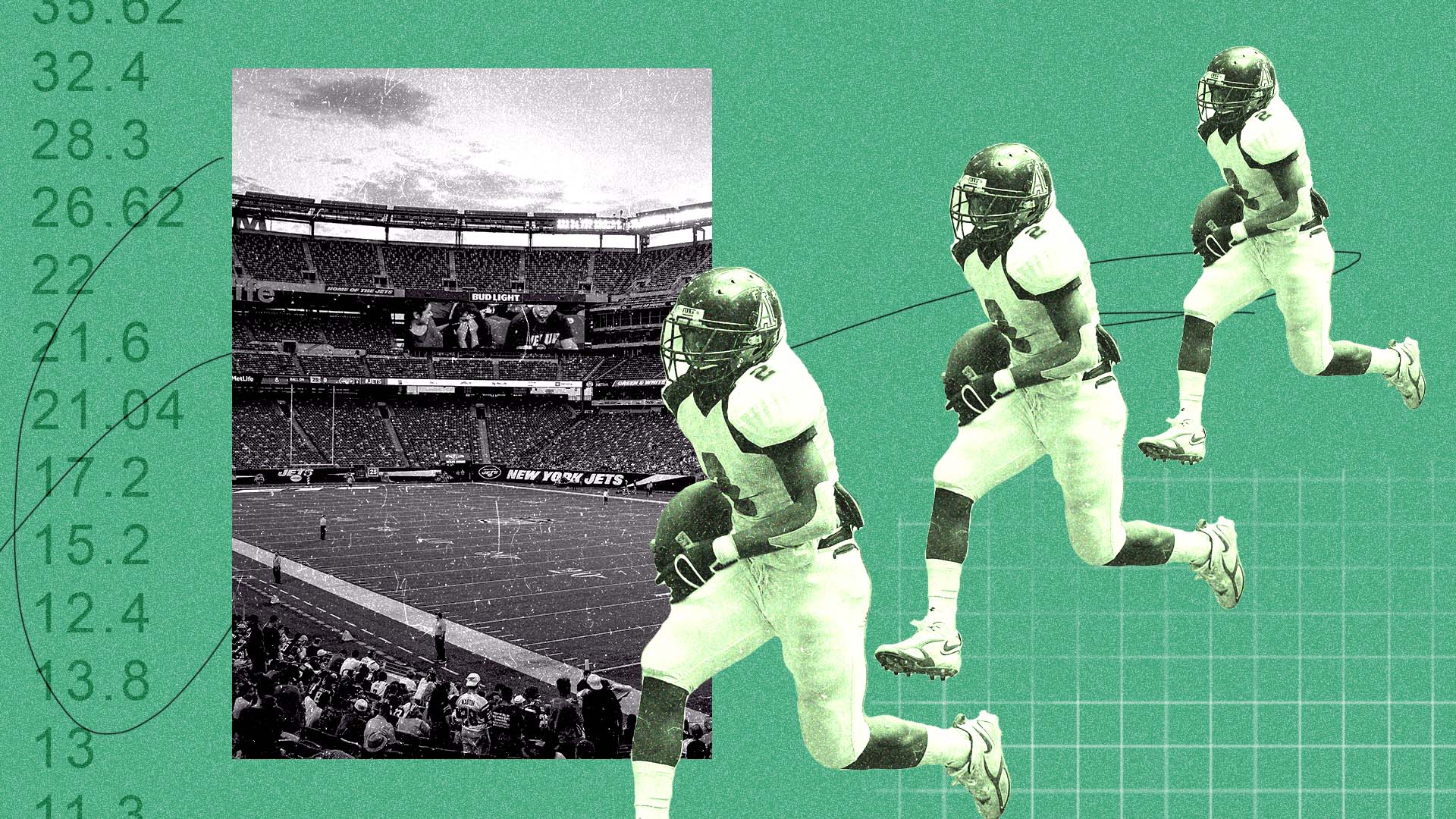 Matthew Berry has dedicated his professional life to helping fantasy football players win their respective leagues. From the run-of-the-mill consumer to the A-list celebrity, Berry’s expertise has been consumed by millions over his more than two decades in the industry.

In fact, a week ago, the 52-year-old attended, for the 10th time, the annual draft of rapper Jay-Z, featuring Phoenix Suns star Chris Paul and Kevin Durant’s business partner, Rich Kleiman. Berry said he also recently provided some fantasy football tidbits to Joe Russo, friend and co-director of “Avengers: Endgame,” in which the fantasy expert made a cameo appearance. Following his interview with Morning Consult, he had to run to create a cheat sheet for an offensive coach in the NFL.

As the new NFL season begins Thursday night, the 15-year ESPN veteran has found a new home in NBC Sports Group, where he’ll be a key figure in NBC’s entire NFL coverage, including the network’s linchpin “Football Night in America” show, which airs weekly ahead of “Sunday Night Football.” He’ll host a new, hourlong daily fantasy football and sports betting show on NBCUniversal’s Peacock streaming service, in addition to a two-hour weekly fantasy football pregame show debuting on Sunday, ahead of each Sunday’s slate of games.

“He is the pre-eminent fantasy spokesperson out there,” said Mitesh Mehta, senior vice president of betting and gaming at NBC Sports Next, a subdivision of NBC Sports. “He has built an empire.”

Mehta said the hiring is a “homecoming” for Berry, who in 1999 wrote for Rotoworld.com, which NBC Sports acquired in 2006. Berry moved to ESPN the following year, cementing the company’s top place within the fantasy football universe. Berry also disclosed to Morning Consult that he has an equity stake in Underdog Fantasy, a new platform that recently announced a $35 million Series B funding round at a $485 million valuation.

Berry sat down to discuss his departure from ESPN, why he joined NBC Sports, the continued rise of fantasy football and sports betting and what the future holds for the industry, among other topics. This interview has been edited for clarity.

Tell me about your “passion project,” Fantasy Life. Where did that idea originate?

In 2013, I wrote a book called “Fantasy Life.” It debuted at number five on The New York Times bestseller list. The theme of that book was not just the story of my life, but also about the community of fantasy sports players, but mostly fantasy football players and how magical the world of fantasy football is, how it touches peoples’ lives in so many different ways. The brand means a lot to me. Given the success of the book, I thought that I could build on that. Over the years, I’ve done a bunch of different things under the Fantasy Life banner. There’s a Fantasy Life app. We’ve started the Fantasy Life newsletter. We revamped the website. The goal there again is pushing the ball forward for fantasy. All of it is designed to help you win. I’m an entrepreneur by heart.

What motivated and attracted you to join NBC Sports?

I have nothing bad to say about ESPN. I had a great run there. As I’ve said to many people there internally, and as I say publicly, I left ESPN with hugs and handshakes. A couple things were important to me — number one was to be a truly integrated part of NFL coverage. I believe that a conversation about fantasy football is a conversation about the NFL.

The opportunity to do fantasy analysis and sports betting analysis at a company that allowed me to do both of those things was what I was looking for. NBC provided me that opportunity in potentially the greatest way ever.

On my very first day at NBC, I was brought into a room with a lot of important people at the company. [Executive Producer and President, Production, NBC Sports] Sam Flood introduced me to everyone at the company and said, “This is Matthew Berry. He’s joining our team. He’s part of our NFL coverage. Fantasy is not separate, betting is not separate, it is part of our NFL coverage, and we’re thrilled to have Matthew here.” That was just amazing to me.

Joining the cast of “Football Night in America,” the number one pregame show of any NFL game, the second highest-rated show in all of television, second only to the actual NFL game itself, that alone would be enough to get somebody like me to come over to NBC, but they also said, “We understand how important Fantasy Life is to you, and we want to help support that.”

Who else was in that room on your first day? Can you provide some more color?

Sam said it to about 20 of NBC Sports’ top executives. I met with [NBC Sports Chairman] Pete Bevacqua, [Executive Vice President and Chief Revenue Officer, Peacock] Rick Cordella and everyone on down. All of them were consistent in their message about how they saw me becoming an integrated part of their NFL coverage.

In a lot of cases over the years, ESPN would listen to me when I would say those things. Like I said, I’m forever grateful to ESPN, nothing bad to say about them, but that’s just not how ESPN is set up. In terms of ESPN, fantasy and the NFL coverage are two separate divisions of the company. I just didn’t think it should be this siloed thing that’s off to the side. To me, talking about fantasy football is NFL coverage. If you’re covering the NFL, that’s one of the ways you need to cover the NFL. You need to talk about fantasy football because it’s that big, and it’s that important to so many fans. So, I felt like “Oh, I no longer have to fight.”

Some sports media publications have called you the Michael Jordan of fantasy football. What’s your reaction to that phrase?

It’s humbling and flattering. I’ve been doing fantasy sports professionally in some way since 1999. You try to keep your head down, do good work and hope people notice, so when people say stuff like that it’s overwhelming.

How has the fantasy football player changed over the past 15-plus years?

Before they had this nerdy, niche stereotype, like the sports version of Dungeons and Dragons. The makeup is, it’s everyone now. It’s CEOs and people in the mailroom. We’ve seen more women play, more elderly adults play, more kids play. Everyone in the universe plays. Rabbis, priests and rock stars — it sounds like the start of a joke — but there are three different fantasy leagues I know that are filled with all rabbis, all priests and all rock stars.

What are two to three aspects of your job that are different from the mid-2000s, in terms of how you present information?

We have more tools available to us. We have more tracking data. We have more analytics that we can access. The more data you can have, the better. Number two, people are much smarter now. Before when I started, fantasy was new, so you had to dumb it down for the audience. You don’t have to do that anymore. We’re all speaking the same language. There’s more of a shorthand now and the ability to do a deeper dive. Third is just me. When I got to ESPN, I didn’t know anyone. It was sort of whatever research I could gather on my own. Now, since I’ve been on TV for a long time, I go to the NFL combine, I go to training camps and I meet with teams and I make contacts, I can text coaches, general managers, front office personnel and players, and say, “Hey, what are you seeing at practice? Hey, what’s going on here?” I have more access.

As you look into your crystal ball, where do you see fantasy football heading over the next three to five years?

Every NFL pregame show should have a fantasy talent that can talk intelligently about it, not making one of their current talent, who isn’t in the weeds, talk about it — but somebody that actually does it. It’s already started going that way in terms of more integration into broadcast.

Technology will continue to improve and be more innovative. You will see more blurring of sports betting and fantasy. Player props is already an area where you’re starting to see more overlap. You’ll see gaming become more of a way of life for everyone and less of a distinction between pure sports betting and pay-to-play fantasy.