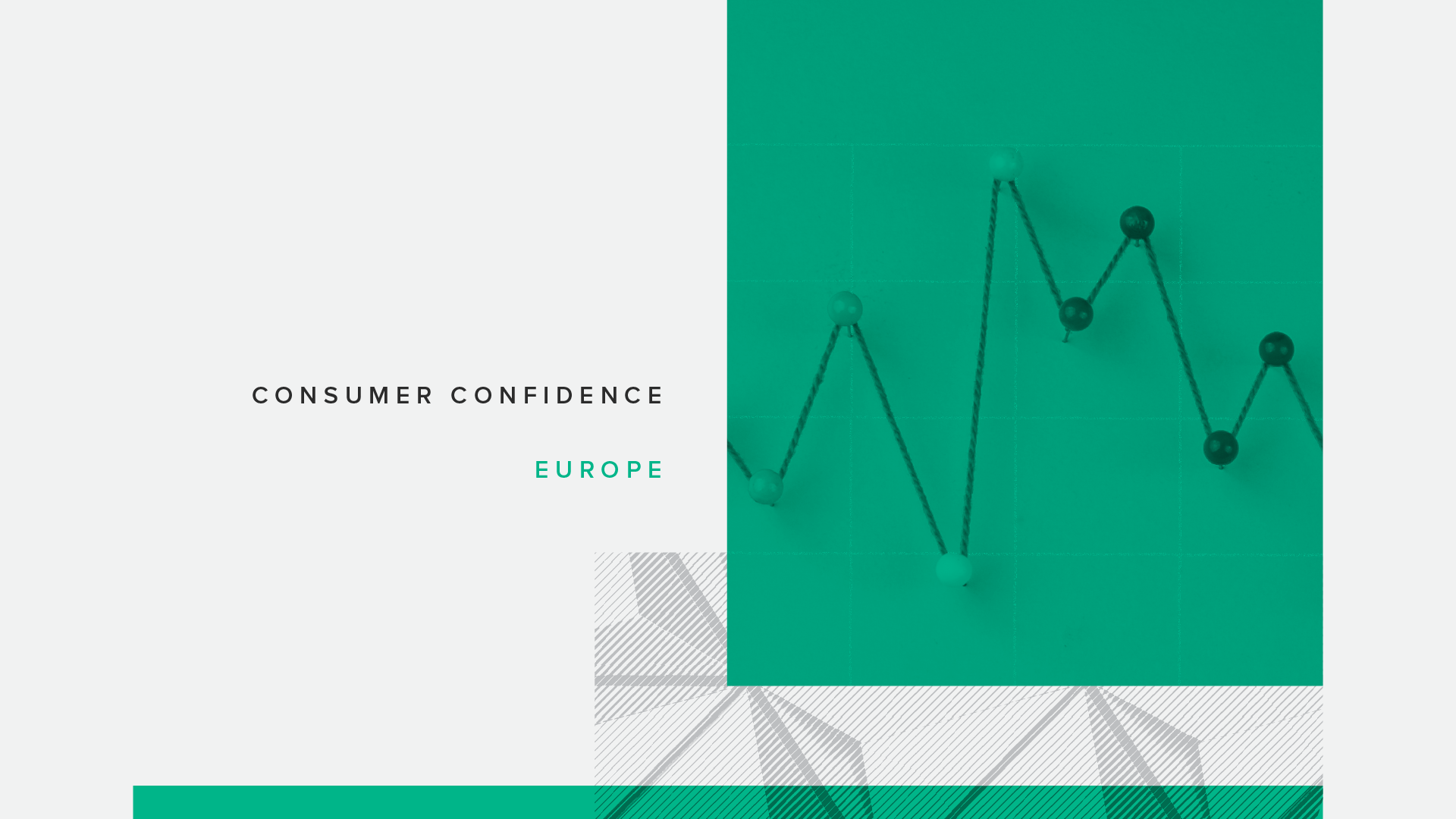 The economic mood of the average European consumer has deteriorated considerably as recession risks rise. Morning Consult’s Index of Consumer Sentiment shows consumer confidence has waned across much of Europe as Russian President Vladimir Putin’s weaponization of natural gas exports has helped to foment an energy crisis, causing utility prices to skyrocket.

Consumer sentiment fell rapidly across Europe in the wake of Russia’s invasion of Ukraine in February and has weakened even further in recent months, especially in the United Kingdom and Germany. European governments are attempting to alleviate the consumer pain caused by high energy prices by rolling out numerous programs, from a €65 billion relief package in Germany to a utility bill price cap in the United Kingdom. However, consumer confidence continues to fall. 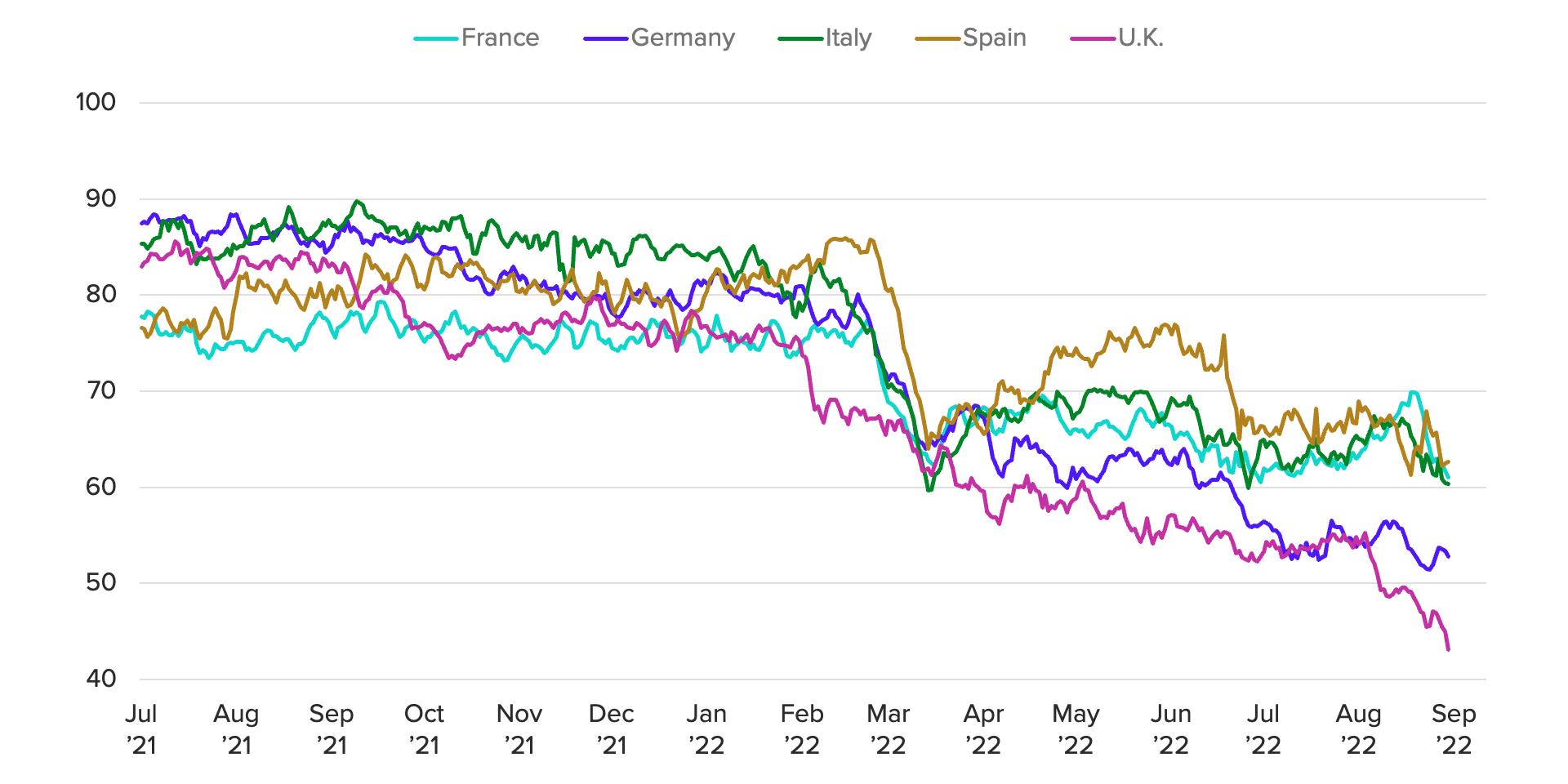 In August, the United Kingdom saw the largest decline in consumer sentiment of all 44 countries tracked by Morning Consult, with the ICS falling 10.1% from July levels. The steep drop in confidence came as the country’s annual inflation rate accelerated to 10.1% in July, the fastest among the G-7 economies. Amid this decades-high bout of inflation, the Bank of England has responded with aggressive monetary tightening, presenting further headwinds to economic growth.

In Germany, consumer confidence also continues to tumble. Through Aug. 31, 2022, the Morning Consult Germany ICS was down 35.3% from where it started the year. While confidence in France, Spain and Italy has held up better, the ICS in those countries was down 18.1%, 21.4% and 28.0%, respectively, over the same period. Germany has been heavily reliant on cheap Russian gas to heat homes and fuel its export-driven economy, and without it, the growth outlook has deteriorated substantially. Germany had one of the weakest rates of real GDP growth in Europe in the second quarter of 2022, at 1.7% year over year, and may well tip into recession in the coming quarters.

As prices rise rapidly, Western Europeans are generally growing more pessimistic about their countries’ economic outlook. Over the past 12 months, a growing share of adults in major European economies say they expect to experience “periods of widespread unemployment and depression” over the next five years, as opposed to “continuous good times.”

Economic Intelligence
Economic Pessimism Is on the Rise Among Europeans 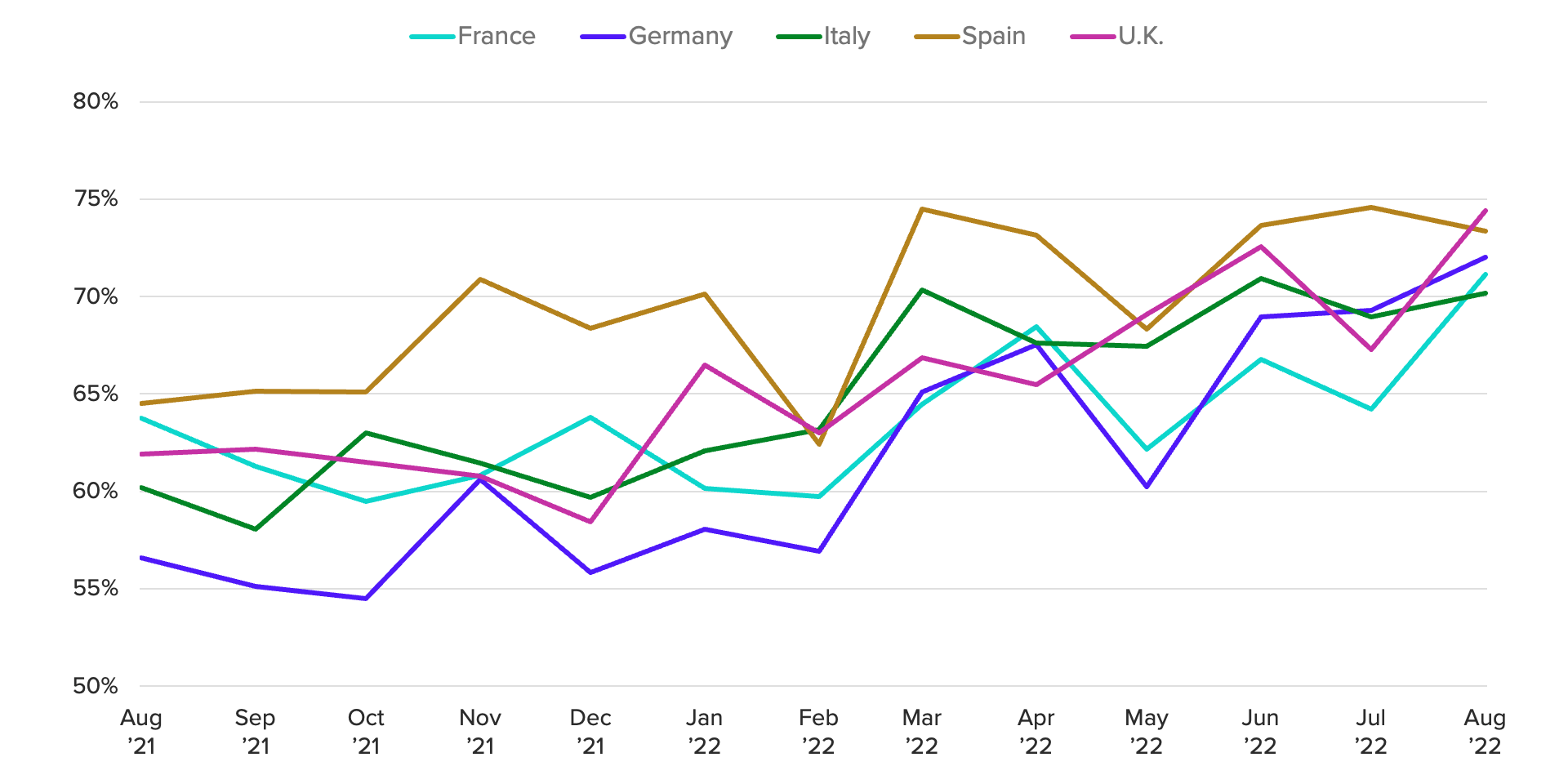 A weak economic outlook, coupled with rising prices, has placed policymakers in a difficult position, but inflation is high enough that central bankers have felt compelled to act. The European Central Bank recently raised its benchmark interest rate by 75 basis points, and the Bank of England is expected to follow with another 50-basis-point hike on Sept. 22, despite a dismal economic forecast.

Tighter financial conditions will take their toll on investment and growth, which should help alleviate inflationary pressure, but at a cost. The BoE is now warning of a recession, and risks are weighted to the downside across Europe. While fiscal policies aimed at supporting households will help, European consumers are both increasingly constrained and pessimistic, which will likely result in reduced spending moving forward.