Many in the West Support Assange’s Leaks, and Few Want Him Extradited to U.S.

Opposition to extradition comes amid relatively low favorability for Assange himself 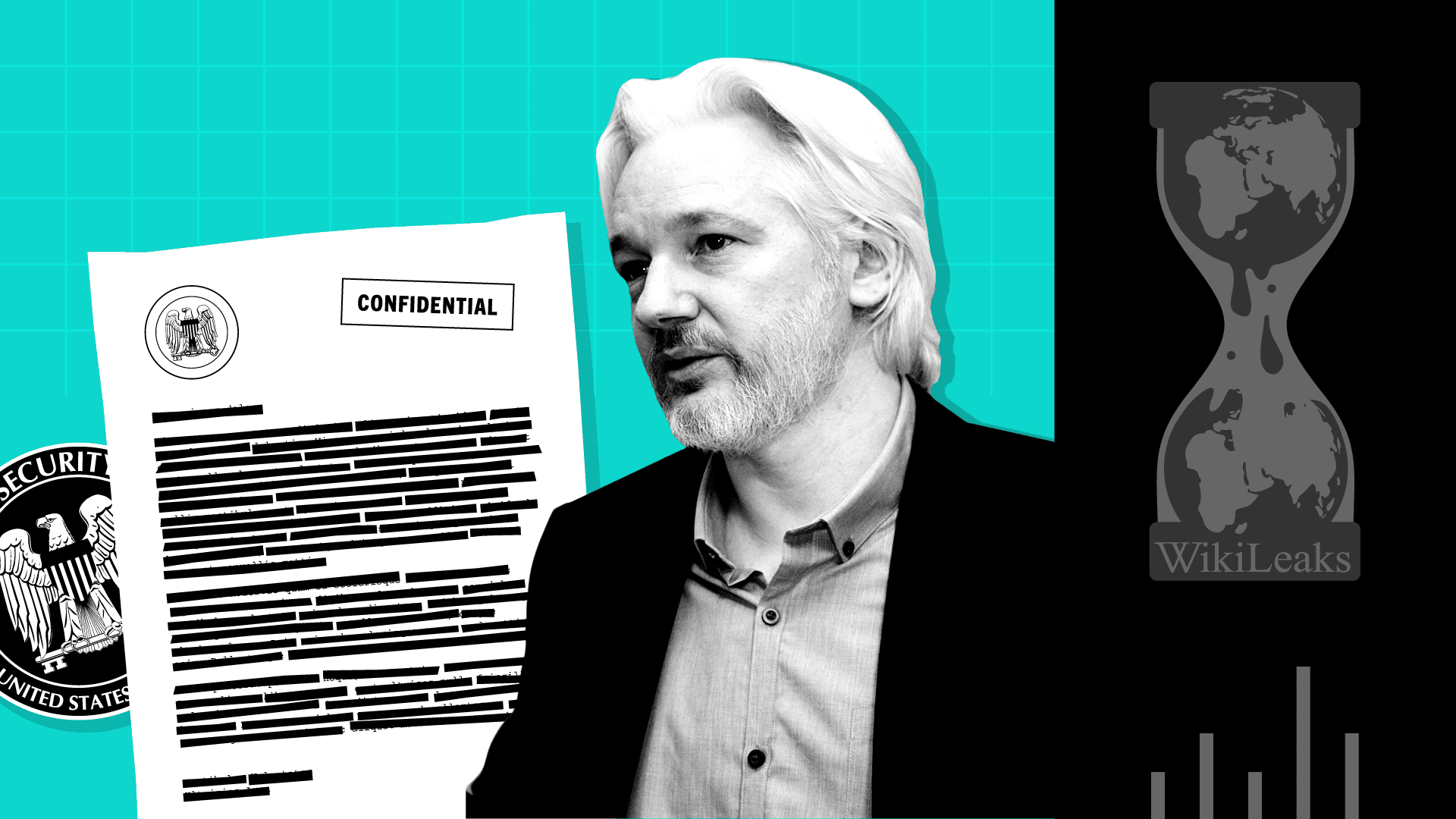 As WikiLeaks founder Julian Assange remains in extradition limbo, a new Morning Consult survey shows Americans, Europeans and Australians are far more likely to say the Australian national was “right” than “wrong” to shed light on U.S. government policies such as the secret surveillance of American citizens, and few want to see him extradited to face espionage charges in the United States.

Adults in each country were asked if WikiLeaks founder Julian Assange was right to make the public aware about U.S. government policies and actions such as surveillance of American citizens

Surveys conducted in August and September 2022 among representative samples of at least 1,000 adults in each country, with unweighted margins of error of up to +/-3 percentage points. Figures may not add up to 100% due to rounding.

Assange, who founded WikiLeaks in 2006, is appealing a June 17 decision by the U.K. government to extradite him to the United States to face trial on espionage charges for publishing U.S. government documents, which could lead to a 175-year prison sentence.

The U.S. government has accused Assange of a number of crimes, including conspiring with former Army analyst Chelsea Manning to crack Defense Department passwords to obtain and release classified military reports about the wars in Afghanistan and Iraq. But Assange’s legal team says he only ever operated as a journalist in receiving and publishing leaked documents from sources, and that he will not face a fair trial if he is sent to the United States.

On the question of extraditing Assange, there is a lack of support across Europe’s five largest economies and Australia. Only 21% in Australia back extradition, compared with 46% who oppose it, but it’s Germans who are most against the idea: Just 18% want to see Assange’s extradition go ahead, compared with 52% who said it should not. Opposition outweighs support by 12 percentage points in France, 13 points in Spain and 27 points in Italy.

In fact, across each country surveyed, sizable portions said they have little knowledge or no opinion about Assange’s activities. That’s especially true when it comes to particular leaks.

WikiLeaks Releases Are More Likely to Be Supported Than Opposed, but Many People Are Unsure

Shares of adults in each country who support or oppose each of the following WikiLeaks publications of sensitive U.S. government data: 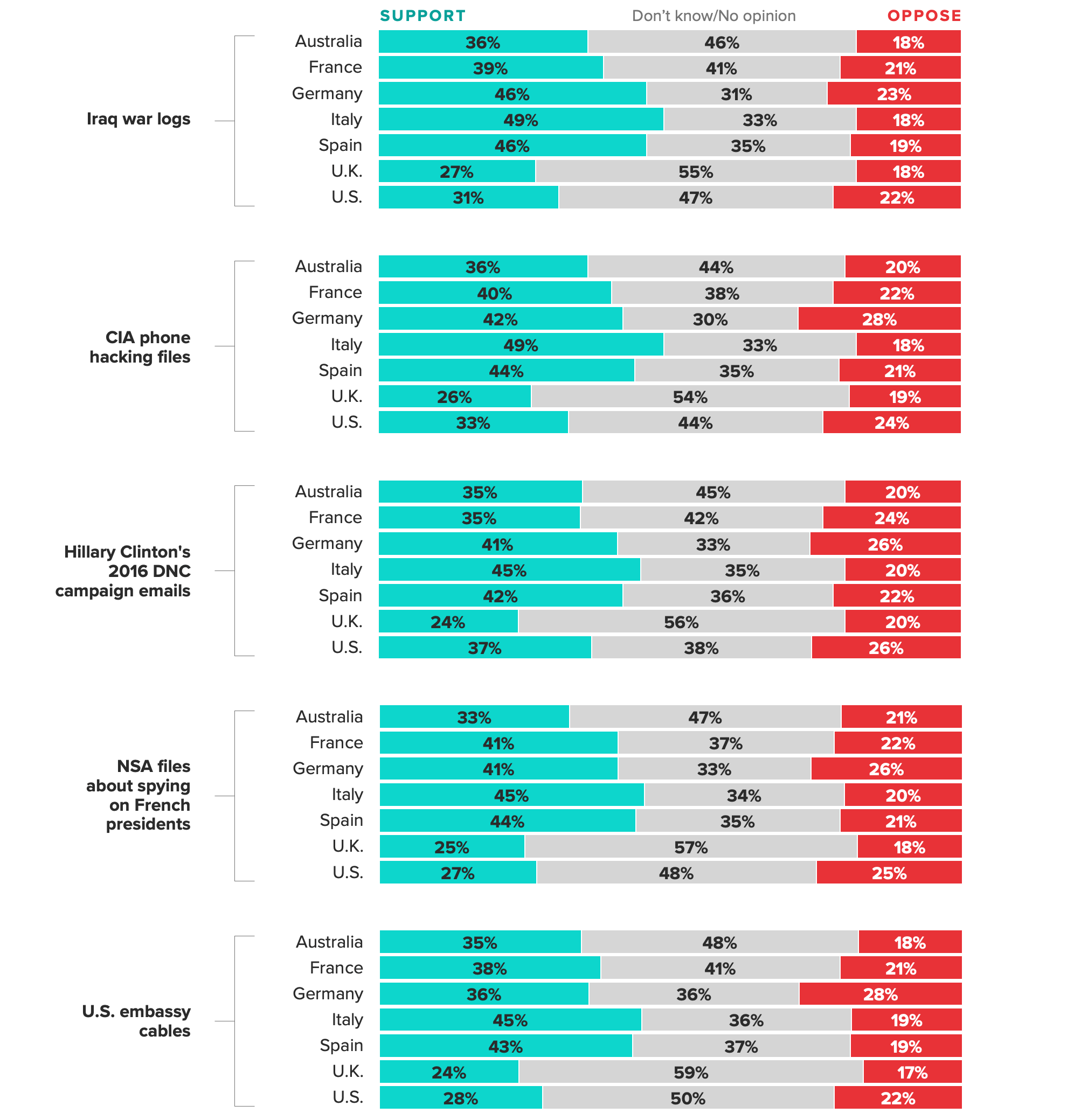 Surveys conducted in August and September 2022 among representative samples of at least 1,000 adults in each country, with unweighted margins of error of up to +/-3 percentage points. Figures may not add up to 100% due to rounding.

Many Westerners don’t have an opinion about specific WikiLeaks releases