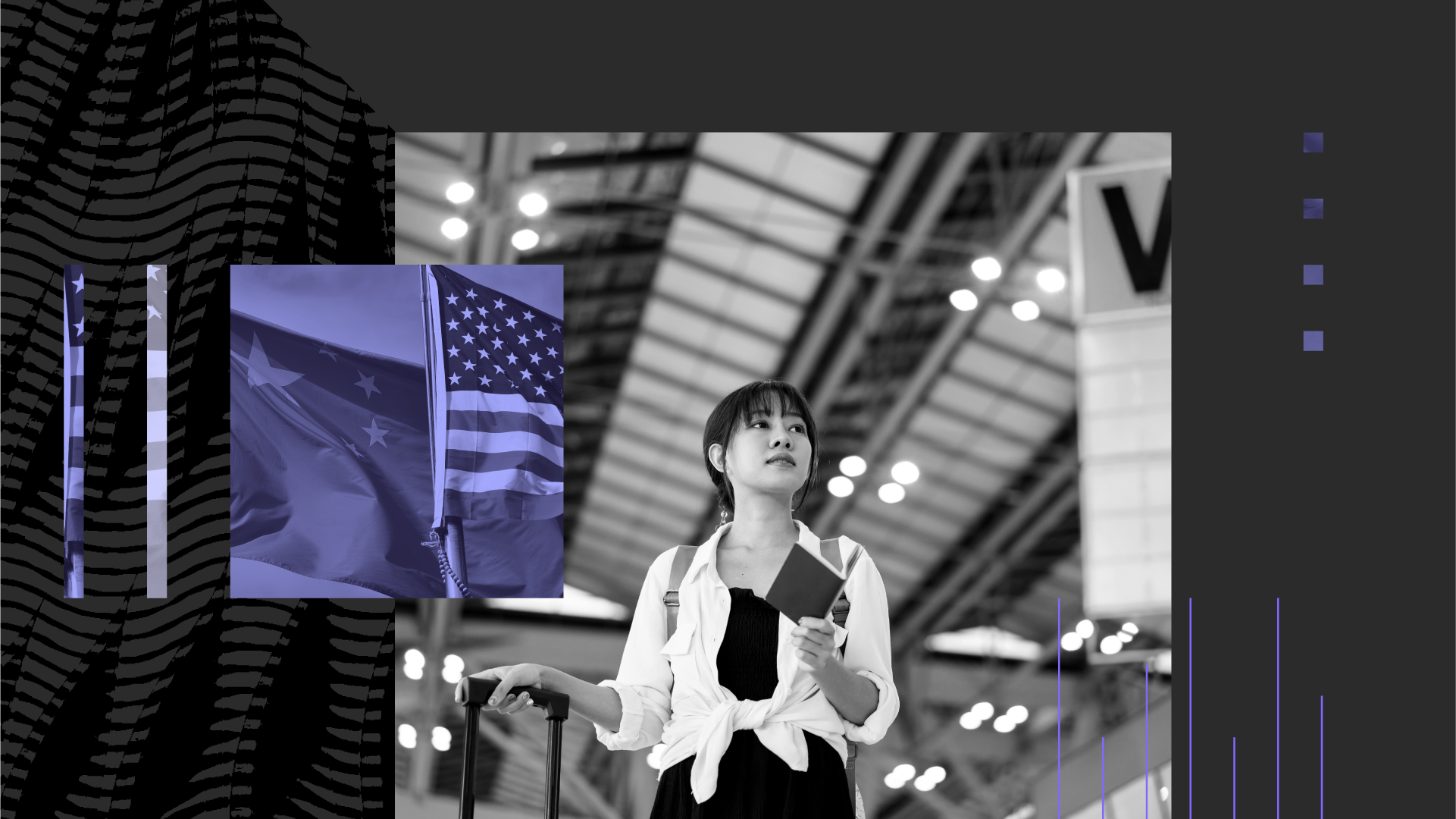 Chinese travelers expect to venture abroad, just not to the United States

After months of punishing lockdowns, many Chinese want to travel overseas in the coming year. According to Morning Consult data, a near majority of Chinese adults (45%) say they are likely to venture abroad in the next 12 months, while 1 in 5 say they “definitely” expect to do so.

However, American destinations and travel companies hoping for a windfall of returning Chinese travelers may have less reason for optimism. Out of a range of potential global destinations in our survey, the United States holds the least appeal. A majority of Chinese (54%) are interested in visiting Europe, compared with just over one-third (35%) who want to visit the United States. Meanwhile, 45% of Chinese adults have little to no interest in U.S. travel.

Chinese Travelers Are Least Interested in Visiting the U.S. Out of a Range of Potential Destinations

Chinese adults’ interest in traveling to the following countries and regions:

While cost and distance could be factors making Asian and even European destinations more appealing to Chinese travelers, they don’t explain the 11 percentage point premium in the share of Chinese adults interested in visiting Canada compared with the United States, suggesting other drivers may be at work.

Geopolitical developments could be partially to blame

We previously showed that alarmist Chinese media coverage, especially of mass shootings, may be scaring Chinese travelers away from the United States. But deteriorating U.S.-China relations could be a significant factor impacting interest in U.S. travel as well. Given that Chinese travelers accounted for nearly a fifth of global tourism prior to the pandemic, heightened geopolitical tensions could prove costly for a U.S. tourism & hospitality industry hoping that an influx of Chinese tourists will help fuel a return to pre-pandemic profits.

Discord Between Washington and Beijing Could Ground Chinese Travelers

Nearly two-thirds of Chinese adults (65%) say China’s fraying relationship with the United States is a reason to avoid U.S. travel, while 43% cite growing enmity between the two nations as a “major reason” to stay away.

At first glance, China’s younger travelers seem less wary of U.S. travel overall, but they are actually the most uncertain, likely owing to fraught economic circumstances linked to historic youth unemployment. Rather than viewing strained U.S.-China relations as a reason to avoid travel, an outsize share may simply not be thinking of travel as a possibility due to strained finances. As for China’s Gen Z adults with an opinion on the matter, they are in fact more likely than any other generation to cite the state of U.S.-China relations as a major reason to avoid stateside travel, in line with observations of elevated nationalism among this group.

If relations head south, even interested Chinese travelers may avoid the West

Among the nearly half of Chinese adults who say they have little to no interest in visiting the United States, 54% cite tensions between Washington and Beijing as a major deterrent driving this view, compared with only 43% of all Chinese adults. Meanwhile, 78% of the former group cite worsening bilateral relations as a major or minor reason to avoid U.S. travel, compared with 65% of all adults.

Yet even those interested in visiting the United States say escalating geopolitical tensions might ultimately give them pause. In fact, this group is more wary than Chinese adults overall. Three-quarters of those currently bullish on a U.S. visit say deteriorating relations could reroute their interest away from the country. A plurality (46%) say geopolitical discord would be a major reason to scupper any travel plans.

Sino-U.S. relations have been on a knife’s edge since House Speaker Nancy Pelosi’s visit to Taiwan in August prompted a bout of inflammatory saber-rattling from Beijing, along with a series of aggressive regional military maneuvers. Things may get worse this fall. Chinese President and Communist Party leader Xi Jinping met with Russian President Vladimir Putin during the annual summit of the Shanghai Cooperation Organization in Uzbekistan — Xi’s first visit abroad since before the pandemic — in a move that is likely to further erode U.S.-China relations owing to ongoing sparring over Russia’s invasion of Ukraine.

Indeed, Xi’s decision to meet with Putin could be seen as a tacit endorsement of the war, even if Xi does not articulate such a position. November’s G-20 summit — which will offer an opportunity for Xi to meet with U.S. President Joe Biden — is another key moment that could yield fireworks. Between the two events, Xi will almost certainly be appointed to a third term in office at October’s 20th Party Congress, when he is expected to outline his long-term strategic vision for China and its geopolitical neighborhood — another potential flashpoint to watch.

Those in the travel industry counting on the return of Chinese visitors to the United States should pay close attention to such geopolitical developments and adjust their expectations accordingly. Our data shows that two-thirds of Chinese adults already consider the United States to be either unfriendly toward China or an outright enemy. If unfolding events cause these numbers to tick up further, even those with an interest in visiting the United States may decline to do so, opting instead to spend their time and money on what they see as friendlier shores.