There’s no consensus among voters regarding whether the expulsion of migrants to blue states is appropriate, moral or effective 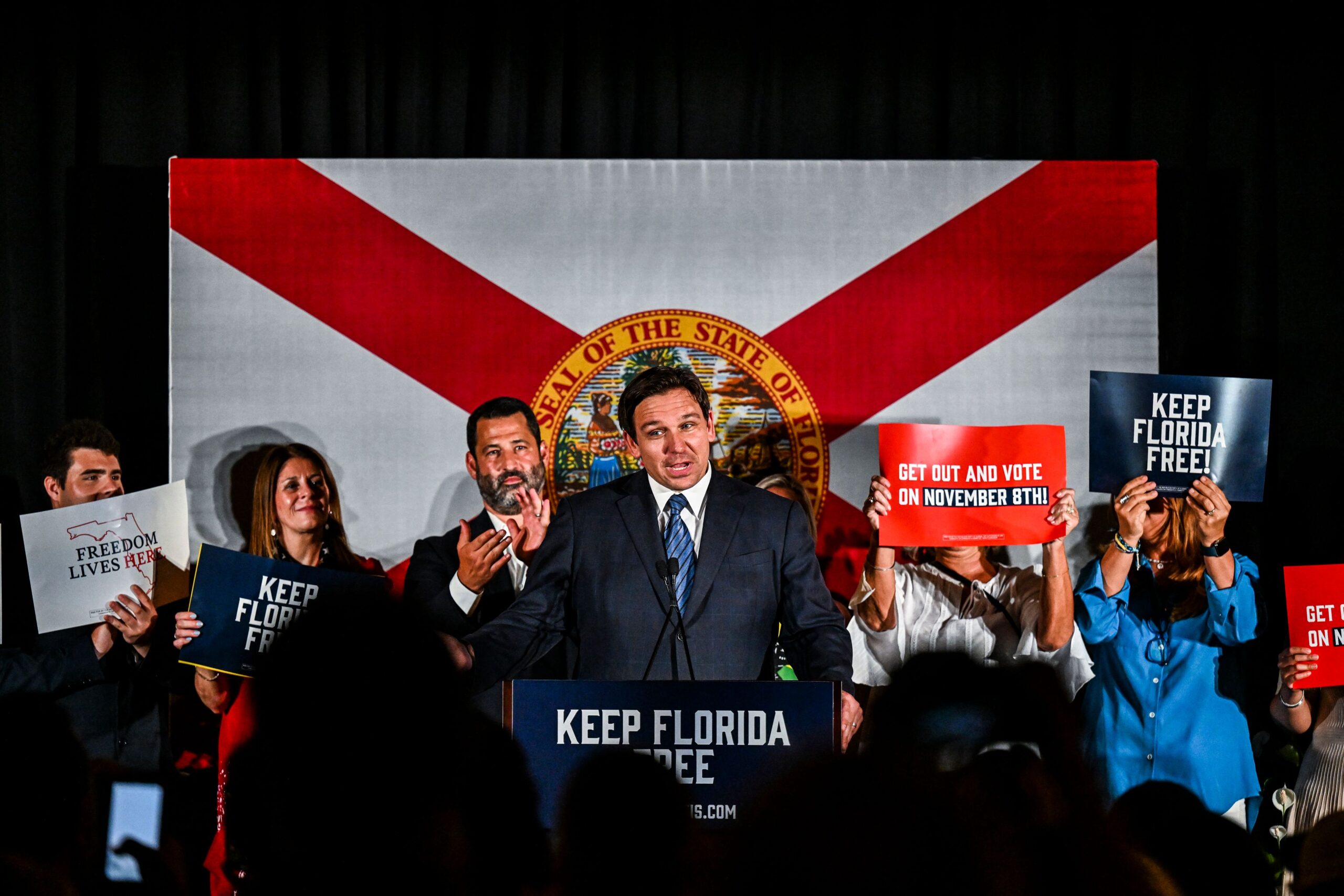 Voters are split on whether moves by Republican governors such as Ron DeSantis to send undocumented migrants to liberal enclaves are appropriate or even moral, according to a new Morning Consult/Politico survey, which saw the Florida governor’s standing in a hypothetical 2024 presidential contest modestly improving. 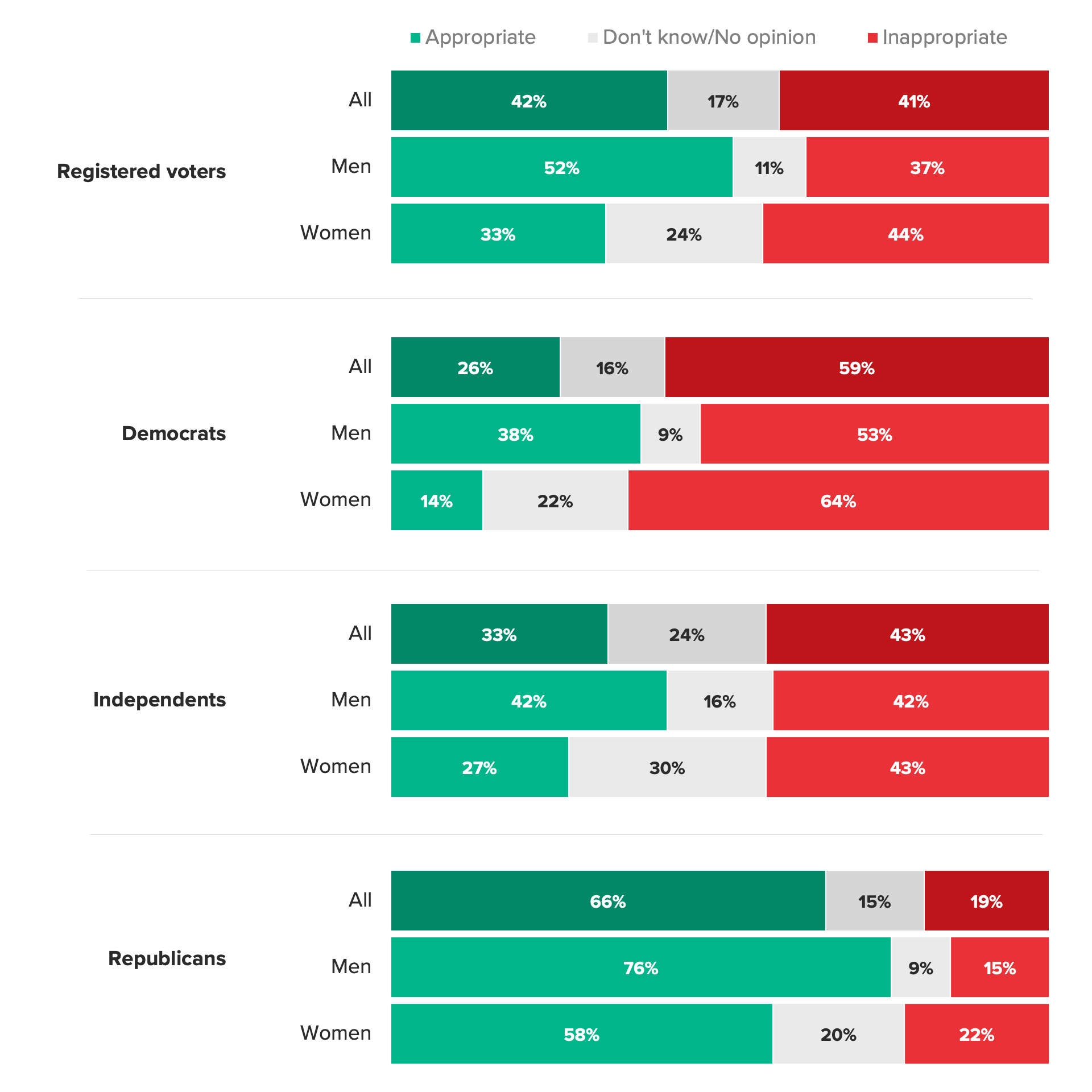 Survey conducted Sep. 16-18, 2022, among a representative sample of 2,005 registered voters, with an unweighted margin of error of +/-2 percentage points. Figures may not add up to 100% due to rounding.

How voters feel about the transport of migrants to liberal places

Republican Govs. Greg Abbott of Texas and Doug Ducey of Arizona have made news in recent months by moving undocumented migrants from their states to bluer pastures. Last week, DeSantis found a way to join that conversation: Planes chartered by Florida’s government picked up a group of mostly Venezuelan migrants in Texas and flew them to Martha’s Vineyard, an upscale summer island hangout for the wealthy. That, coupled with his own apparent presidential ambitions, drew scrutiny from the press — and he’s suggested that similar ploys may be in the offing.

After the Martha’s Vineyard drop-off, roughly 2 in 5 voters (39%) said they saw, read or heard “a lot” about the interstate migrant transfers by Republican governors, more than the 3 in 10 who heard the same about last week’s inflation report.

The White House has panned the governors’ actions, which have left migrants stranded in places such as New York City and Washington, D.C., as “cruel” political stunts. But the governors’ moves have turned the national conversation toward immigration and more favorable ground for the Republican Party ahead of the midterms, with Democrats in Congress seeing their trust deficit on the issue worsen over the past month.

Still, it’s not clear that the Martha’s Vineyard incident had a material impact on what voters are hearing about the topic, or how important it is to their vote in November, according to Morning Consult’s midterm elections tracker.

That could change, especially if the GOP is able to elevate the recent report of record arrests at the U.S.-Mexico border. But setting that question aside and looking toward 2024, DeSantis’ latest machinations provide more evidence that the Florida governor seeks to corner the segment of the GOP base that handed Donald Trump the nomination in 2016.

GOP Support for Trump 2024 Bid Declines From Post-FBI Raid High
Share of Republican voters who said they would vote for the following candidates if the 2024 Republican presidential primary were held today:

Roughly a dozen other potential candidates were also included in the surveys.
Monthly averages taken from surveys conducted among at least 694 Republican voters each in 2022, with unweighted margins of error of +/-4 percentage points.

How voters see DeSantis and 2024

The latest Morning Consult/Politico survey was conducted Sept. 16-18, 2022, among a representative sample of 2,005 registered voters, with an unweighted margin of error of plus or minus 2 percentage points.