Sidney Crosby Is No Longer the NHL’s Best Player, but He’s Still Its Most Popular

‘Original Six’ teams are among the most popular with fans, according to a survey conducted ahead of the 2022-23 season 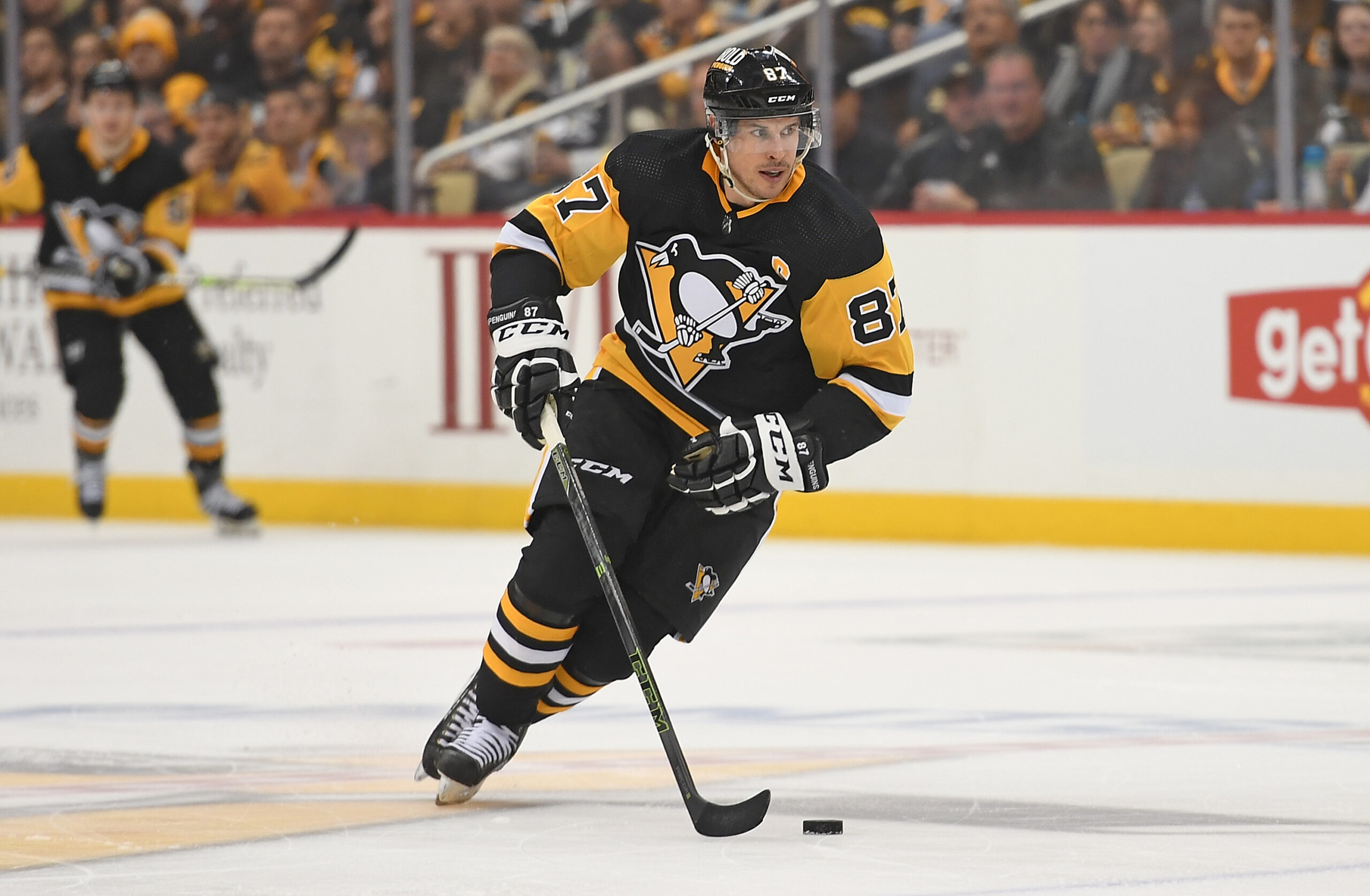 Sidney Crosby of the Pittsburgh Penguins plays against the New York Rangers during the First Round of the 2022 Stanley Cup Playoffs. The future Hall of Famer is still easily the league's most popular player. (Photo by Justin Berl/Getty Images)
By Mark J. Burns

Entering his 18th season, Pittsburgh Penguins’ star Sidney Crosby is an NHL elder statesman — but that doesn’t mean his popularity has faded. In fact, the 35-year-old is the most popular player among fans, according to new Morning Consult data.

Ahead of Friday’s opening season game in Prague, nearly half of self-identified NHL fans (49%) said they have a “very favorable” or “somewhat favorable” opinion of the three-time Stanley Cup champion. There was a difference of 8 percentage points between Crosby and second place, a four-way tie between veteran free agent Joe Thornton, Jonathan Toews and Patrick Kane of the Chicago Blackhawks and Minnesota Wild goalie Marc-André Fleury.

A majority of the NHL’s 10 most popular players, according to the data, have competed in the league for at least a decade, but young rising stars like the Toronto Maple Leafs’ Mitchell Marner and Calgary Flames’ Matthew Tkachuk aren’t far behind as emerging fan favorites.

NHL fans who said they have a favorable opinion of the following players:

Survey conducted Sept. 17-18, 2022, among a representative sample of 2,210 U.S. adults, including 851 self-identified NHL fans. Respondents were shown a combination of NHL players, with an unweighted margin of error range of +/-3 percentage points to +/-5 percentage points per player.

The most popular players in the NHL

NHL’s ‘Original Six’ Teams Are Most Popular With Fans

NHL fans who said they are interested in the following NHL teams:

Survey conducted Sept. 17-18, 2022, among a representative sample of 851 self-identified NHL fans, with an unweighted margin of error of +/-3 percentage points.

Does popularity translate to wins for NHL teams?

None of the NHL’s three most popular NHL teams are favorites to win the Stanley Cup, according to DraftKings Sportsbook betting odds as of Sept. 29. The five teams with the best current odds of winning the Cup — Colorado Avalanche, Toronto Maple Leafs, Florida Panthers, Carolina Hurricanes and Tampa Bay Lightning — finished 10th, 7th, 17th, 25th and tied for 5th in popularity, respectively.

Winning the Stanley Cup, however, will likely boost a team’s popularity. Just ask the ever-popular “Original Six,” who have combined for 64 Cups — more than half of the titles since the league was founded.

The Sept. 17-18, 2022, survey was conducted among a representative sample of 2,210 U.S. adults, including 851 self-identified NHL fans. Respondents were shown a combination of NHL players, with an unweighted margin of error range of +/-3 percentage points to +/-5 percentage points per player.