Voters in Lansing, Mich., wait for a polling location to open so they can cast their ballots in the state's Aug. 2 primary elections. (Bill Pugliano/Getty Images)
By Eli Yokley

The 2018 midterm elections set a historic precedent for turnout in the modern era, and a comparison of Morning Consult survey data suggests 2022 will be no different. Which party that will benefit is unclear, though Democratic voters are slightly less definitive about their plans than their Republican counterparts.

Political Intelligence
More Independents, Whites Are Certain They’ll Vote This Year Than in 2018

Shares of voters who say they “definitely will vote” in November, compared with shares who in 2018 said they were “absolutely certain to vote” 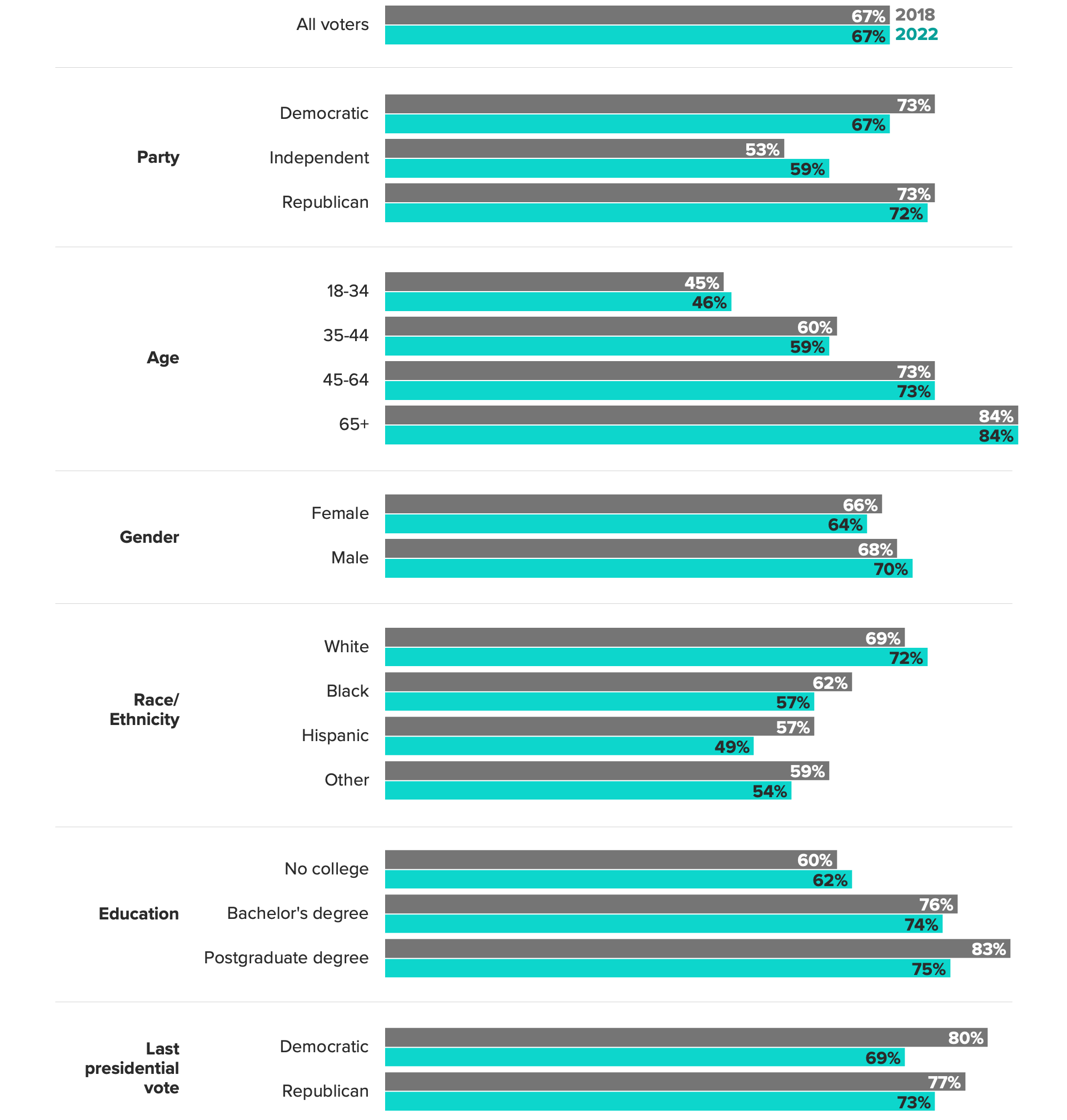 Who says they’re certain to vote in November

About the surveys and identifying highly likely voters

Voters are humans, and just because a human says today they’re certain to do something in the future doesn’t mean they’ll actually do it. That’s even more true the further out from Election Day the survey is conducted. In 2018, for example, voters’ professed likelihood of casting a ballot outpaced the final participation tally by double digits.

The scales used in the two surveys to assess voters’ eagerness to participate in the electoral process were slightly different: The 2018 survey asked voters to gauge their likelihood of participation using a 5-point scale, with 5 being “absolutely certain” to vote, while in the latest survey a 10-point scale was used, with 10 meaning “definitely will vote.”

Nevertheless, the high numbers back then foretold eagerness to vote on both sides of the aisle, which helped Democrats win back the House in America’s suburban communities and Republicans hold the Senate by gaining ground in states that at the least leaned conservative. Taken together, the two surveys suggest the public may be as eager to weigh in on the first two years of Joe Biden’s presidency as they were to do so at Donald Trump’s tumultuous halfway point four years ago.

What voters’ expressions of certainty mean

The latest Morning Consult survey was conducted Sept. 30-Oct. 1, 2022, among a representative sample of 2,005 registered voters, with an unweighted margin of error of plus or minus 2 percentage points.