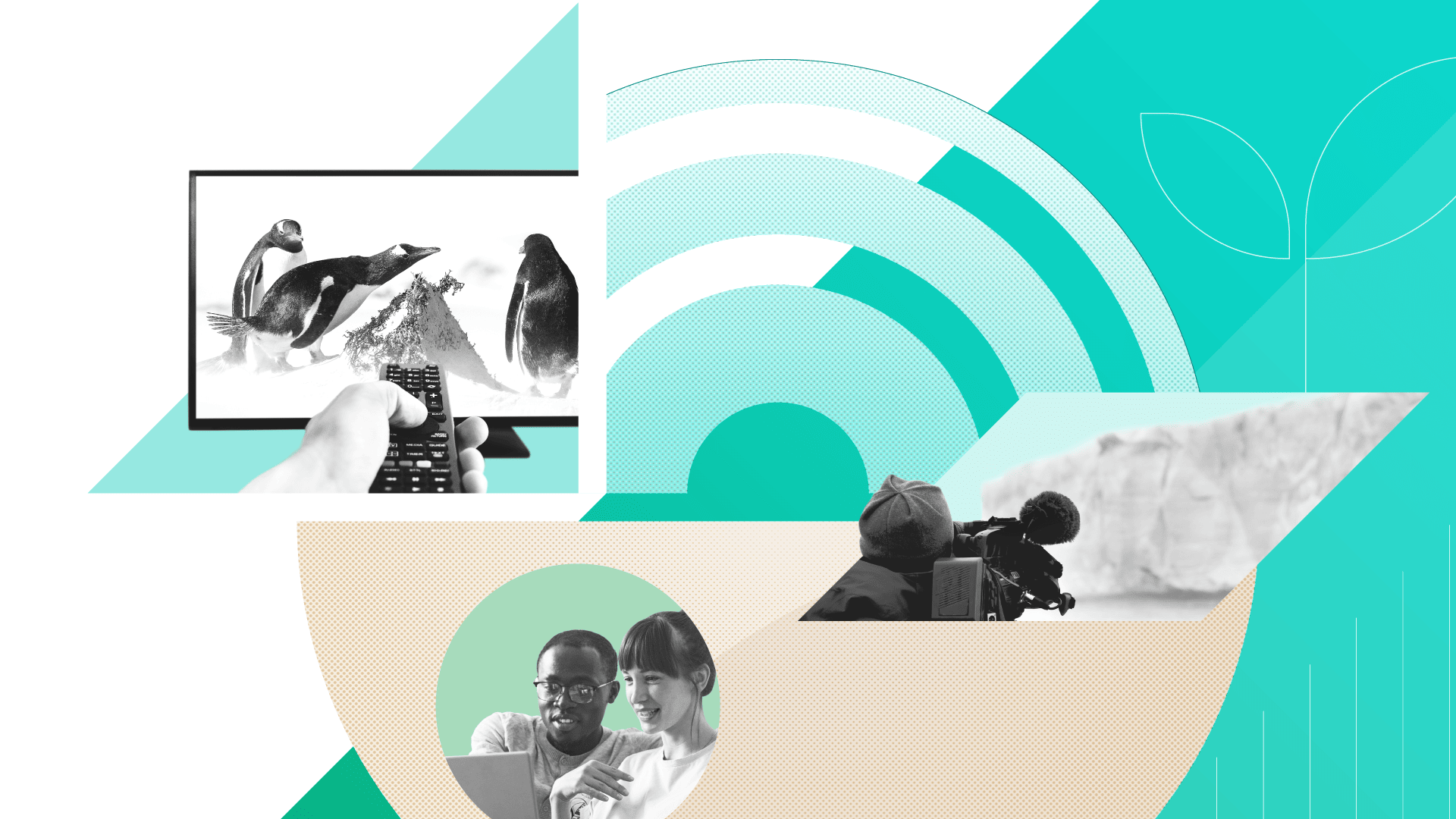 This is part of Morning Consult’s What Sustainability Means to Consumers research, which gathers the views of roughly 2,200 U.S. adults on what sustainable actions consumers expect from the brands they purchase from.

Delivering content that centers around eco-friendly themes can help companies in particular appeal to Gen Z adults and millennials, who value sustainability in media and entertainment more than their older counterparts do. When bulking up on sustainability content, media companies should focus on documentaries rather than scripted content.

While sustainability isn’t really something consumers associate with their media and entertainment consumption — like the way it may be top-of-mind when shoppers buy food or book their travel — it is a topic of growing concern among media companies. Netflix last March outlined a plan to achieve net-zero greenhouse gas emissions, while Comcast months later pledged to become carbon neutral by 2035.

Part of companies’ pushes to act more sustainably includes helping consumers become more aware of environmental issues through scripted content like Netflix’s “Don’t Look Up” and HBO Max’s “No Sudden Move,” in addition to documentaries like Amazon’s “Burning.” But even though various types of storytelling can effectively embolden consumers to minimize their carbon footprints, media companies should prioritize documentaries when building out their libraries of sustainability-focused content.

Respondents who said they are “very” or “somewhat” interested in the following types of content featuring sustainability-focused themes: 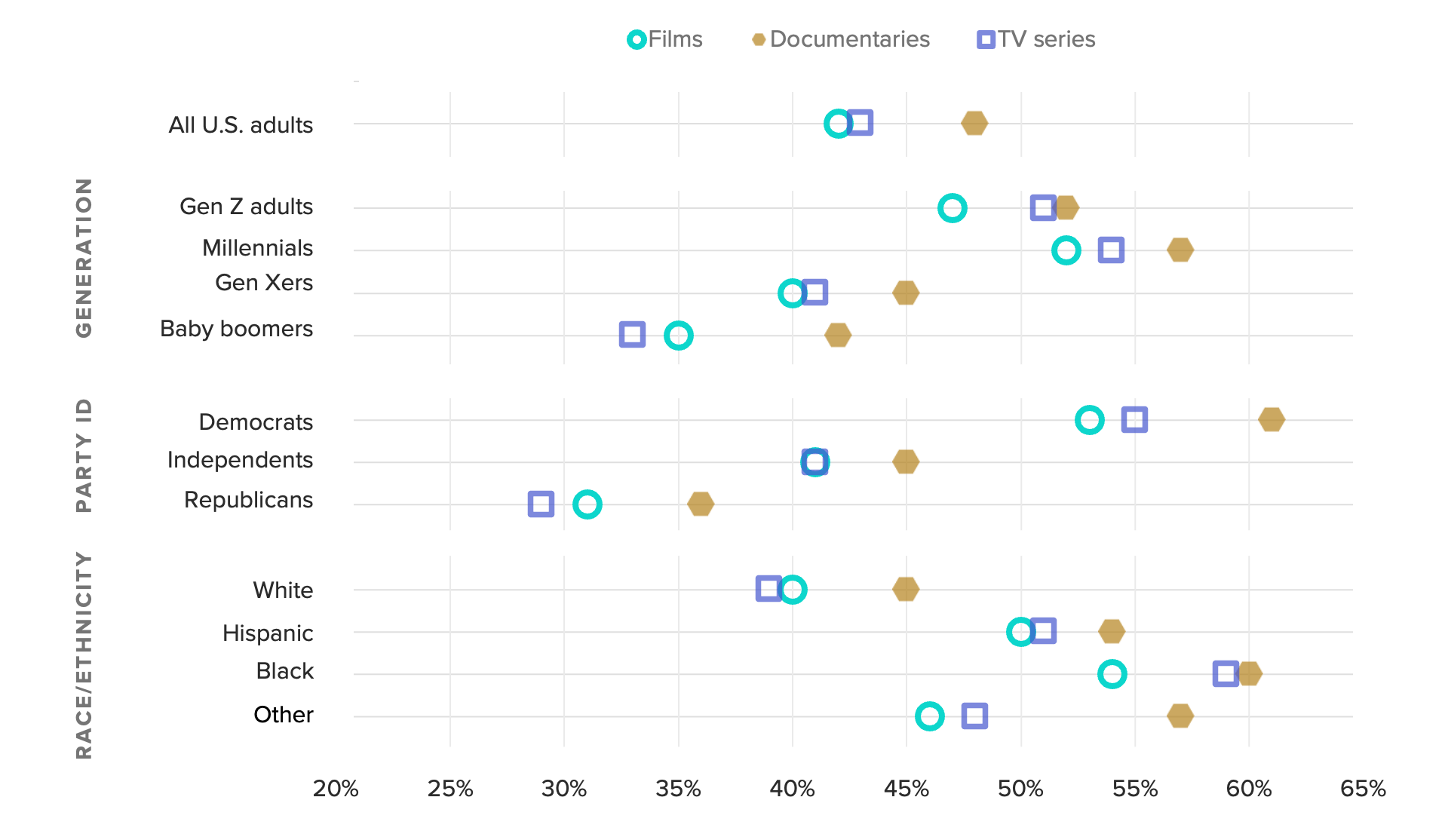 Survey conducted from June 30-July 3, 2022, among a representative sample of 2,210 U.S. adults, with an unweighted margin of error of +/-2 percentage points.

While a documentary can be either a TV show or a film, the fact that consumers across all demographics preferred documentaries featuring sustainability themes suggests there is greater demand for these types of environmental conservation messages to be overtly communicated through nonfiction media, rather than subtly worked into the plots of scripted content.

The interest in these types of documentaries speaks to the history of critically acclaimed titles like the Oscar-winning “An Inconvenient Truth” on the effects of global warming and “Virunga,” which focused on conservationists’ work to protect mountain gorillas.

Even so, just under 2 in 5 U.S. adults said they’ve ever watched a documentary with sustainability-focused themes, which means there’s significant room for video streaming services to introduce new viewers to such content. That should be promising to video streamers that are looking to build out their libraries without breaking the bank. While catalog library size isn’t everything, regularly offering new, compelling content will remain paramount, and sustainability-focused documentaries help video streaming services bulk up their libraries inexpensively, given the relatively low cost of unscripted content.

Media companies that bulk up on their sustainability-related content now will be well-positioned to gain favorability among these younger cohorts. This is meaningful for video streamers, which have the longer-term goal of becoming widely viewed by the generation that follows Gen Z, as millennials and Gen Zers will likely look to pass down their values through the content — and the streaming services — they watch.