Over half of Democrats, about 2 in 5 Republicans support measure that would allow U.S. to file lawsuits against OPEC+ members, companies 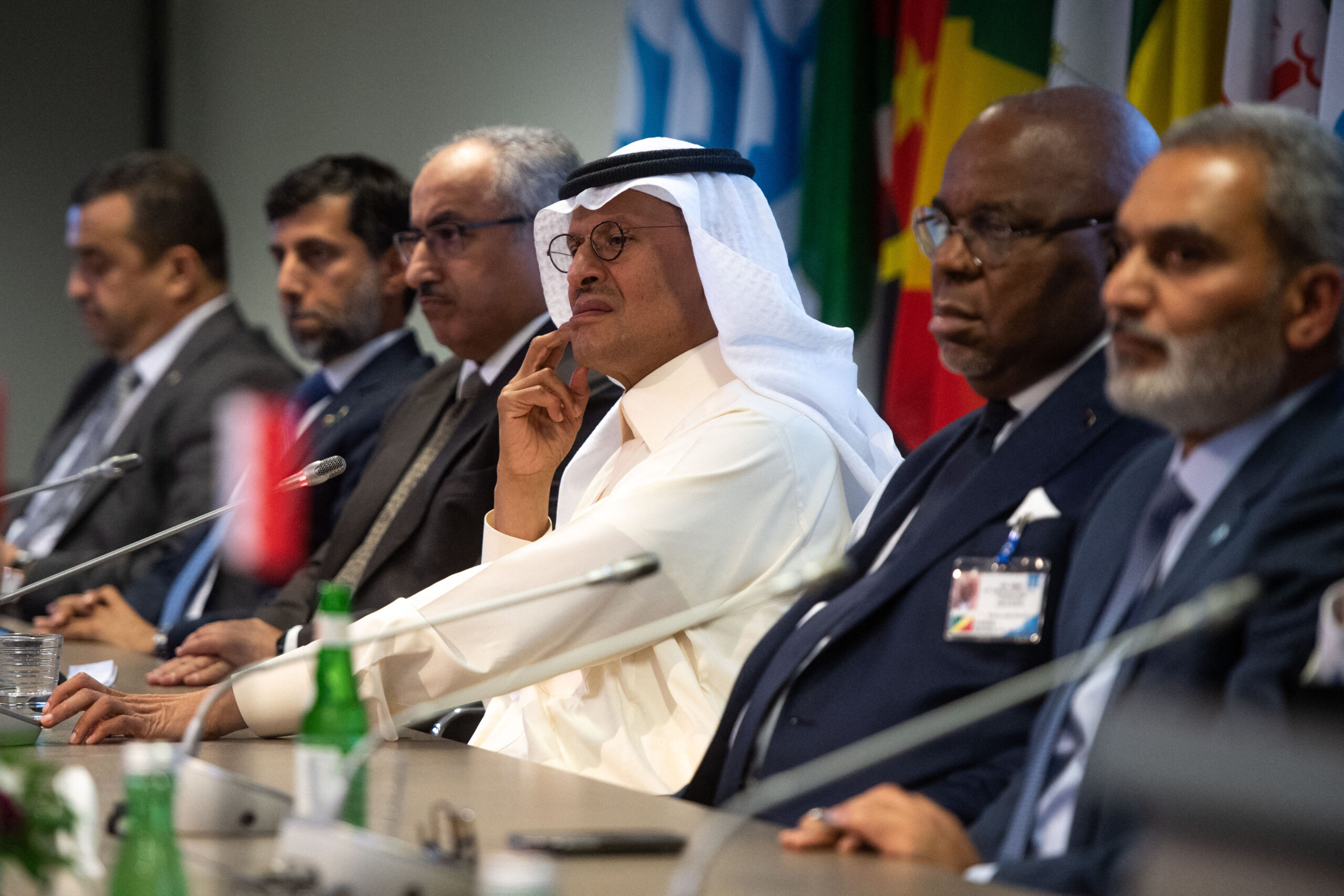 Saudi Arabia's Minister of Energy Abdulaziz bin Salman looks on during a press conference after an OPEC and non-OPEC ministerial meeting in Vienna, Austria, on Oct. 5, 2022. A Morning Consult/Politico survey found that 45% of registered voters support the bipartisan NOPEC bill, which would take away protections that keep OPEC+ members and their national oil companies from being sued. (Photo by Vladimir Simicek/AFP via Getty Images)
By Julia Martinez

Lawmakers are calling on the Biden administration to put pressure on Saudi Arabia after the de facto leader of the Organization of the Petroleum Exporting Countries and its allies slashed crude production by 2 million barrels per day for November, further straining global crude supplies to boost a weakened market.

Amid calls for retaliation against the cartel, a new Morning Consult/Politico survey shows that just under half of voters would support the No Oil Producing and Exporting Cartels Act, known as NOPEC, which would allow the Justice Department to sue OPEC+ members and companies under antitrust violations.

45% of Voters Support Bipartisan ‘NOPEC’ Bill
Over half of Democrats and about 2 in 5 Republicans say they’d back legislation to take away protections that keep OPEC+ members and their national oil companies from being sued
Survey conducted Oct. 7-9, 2022, among a representative sample of 2,006 registered voters, with an unweighted margin of error of +/-2 percentage points.

Democrats more likely to “strongly” support NOPEC, while a substantial share is undecided on the matter

Global oil markets were reeling last week after OPEC+ announced it would cut crude production by 2 million bpd in November, the first time the cartel has scaled back production since the COVID-19 pandemic began.

The move comes alongside a looming energy crisis in Europe and high energy prices in the United States, issues that are especially poorly timed for Democrats ahead of the midterm elections. Most importantly, Saudi Arabia slashed production despite calls from the Biden administration to do the opposite and warnings that an output cut could be perceived as the kingdom siding with Russia, whose war in Ukraine has led to skyrocketing energy prices.

Amid the friction between the United States and OPEC+, NOPEC — which has appeared in one form or another for nearly 20 years — has resurfaced and is one of the legislative tools being considered by Senate Majority Leader Chuck Schumer (D-N.Y.). While there are currently no plans to introduce the measure to the floor, according to a person familiar with the matter, those plans could change, especially given that E.U. sanctions on Russian crude exports kick in Dec. 5, a day after the next OPEC+ meeting.

Facing higher gasoline prices, Democratic lawmakers have also offered myriad legislative options for handling Saudi Arabia’s defiance, including a potential pause or termination in arm sales to the kingdom and the removal of military support from Saudi Arabia and the United Arab Emirates. Sen. Joe Manchin (D-W.Va) has also taken the chance to renew his call to pass bipartisan permitting reform to expedite the development of energy projects.

Meanwhile, Republicans have scolded Biden for relying too much on foreign oil and have instead urged for more energy independence.

The latest Morning Consult/Politico survey was conducted Oct. 7-9, 2022, among a representative sample of 2,006 registered voters, with an unweighted margin of error of +/-2 percentage points.