Most Americans Believe Banks Are Sincere About Social Equity Efforts. ESG Claims Are Another Story

61% of U.S. adults think financial institutions are genuine in their attempts to serve all customers fairly, while 53% say financial companies’ environmental and social efforts are not sincere 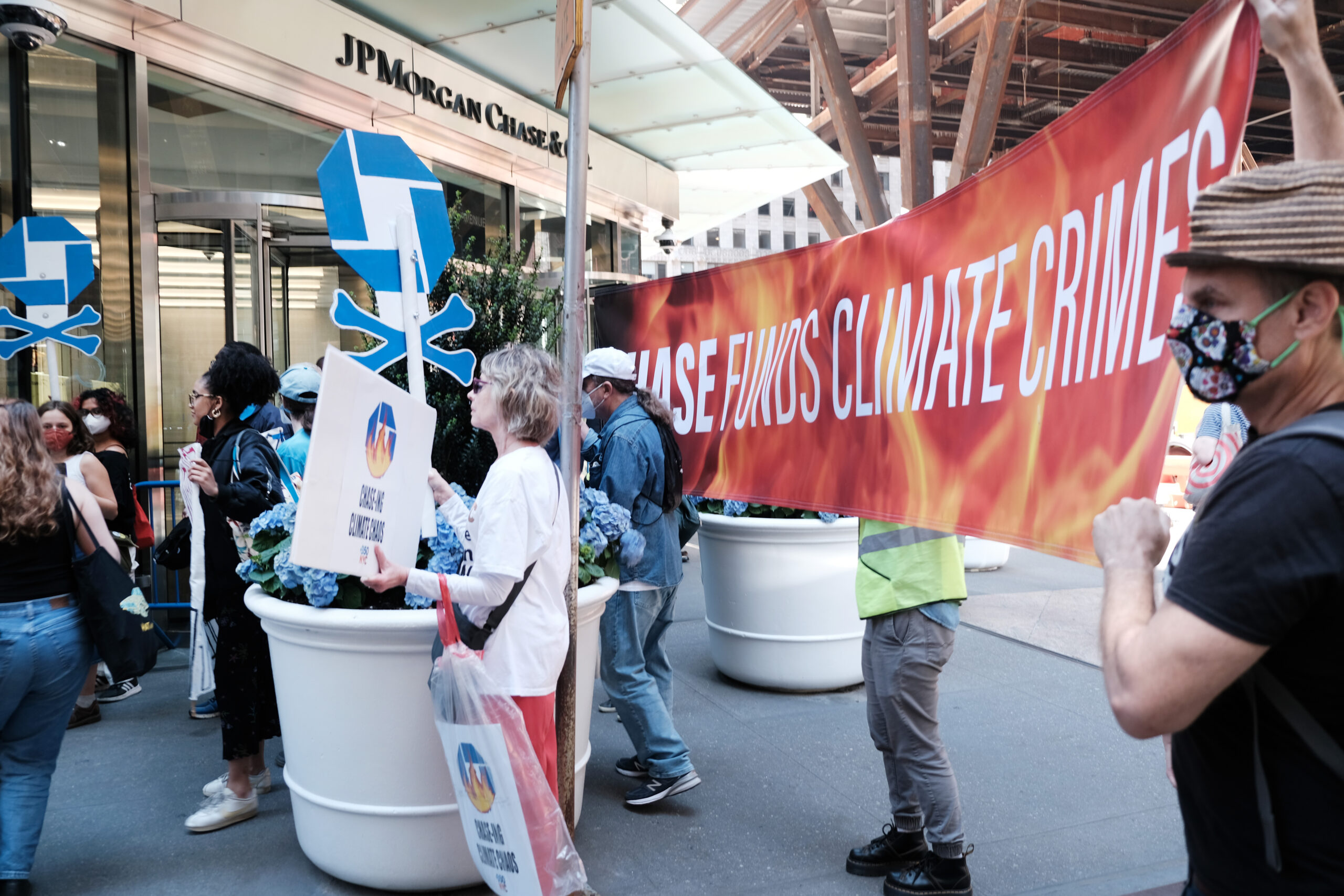 Climate activists protest outside the building where JPMorgan Chase held its annual shareholders meeting on May 17, 2022, in New York City. A Morning Consult survey found that 47% of U.S. adults believe financial institutions in general make genuine efforts to be socially and environmentally conscious in their business practices, compared with 53% who do not. (Spencer Platt/Getty Images)
By Amanda Jacobson Snyder

As investors and executives choose sides in the debate over environmental, social and governance practices, a new Morning Consult survey finds that the public is skeptical of financial institutions’ efforts to operate in an environmentally and socially conscious manner but credulous about their attempts to serve customers equitably regardless of race, ethnicity or income.

The Public Gives Financial Institutions the Benefit of the Doubt on Their Equity Efforts, but Not Their ESG Practices

Respondents were asked whether they agree or disagree that financial institutions in general are making genuine efforts on the following:

Related: When It Comes to Investing, Nearly 3 in 5 Frequent Investors Prioritize Profitability Over Social Responsibility

Researchers question if banks are actually “walking the walk”

Regulators have made headlines with their efforts to stem the tide of what they see as greenwashing by banks, as Deutsche Bank AG, Goldman Sachs Group Inc. and Bank of New York Mellon Corp. have all been dogged by allegations of overselling their environmental, social and governance claims. But as regulators crack down on greenwashing, another issue has emerged: social washing.

Long before the consternation over “woke” or ESG investing saturated financial headlines, the Community Reinvestment Act of 1977 obligated banks to provide mortgage services to creditworthy borrowers in the communities in which they operate, one of several laws passed in that decade that aimed to reduce credit-related discrimination.

Researchers led by Sudipta Basu of Temple University’s Fox School of Business set out to see how ESG-rated banks compared in meeting the CRA’s call for equitable lending. The team found that banks with high ESG ratings issued fewer mortgages in poor communities, both in quantity and dollar amount.

The authors reported in The Review of Accounting Studies that banks with high ESG ratings were more likely than banks with low ESG scores to stop lending in low-income counties affected by hurricanes, a potential example of “social washing” in action as banks profess altruism in marketing efforts despite making lending decisions that impede housing market recovery.

Basu and his team noted that mutual funds have recently publicly shunned green bonds issued by prominent banks, joining the chorus of researchers and regulators skeptical of ESG claims. In regulators’ view, the authors said, “firms talk the ESG talk, but often do not walk the ESG walk.”

Related: As SEC Closes In on ESG Rules for Funds, the Bulk of Frequent Investors Say They Value Such Standards
Banking ESG/CSR