1 in 3 NFL fans believe the Miami Dolphins are most at fault for allowing quarterback Tua Tagovailoa to return to a Sept. 25 game against the Buffalo Bills, per new data 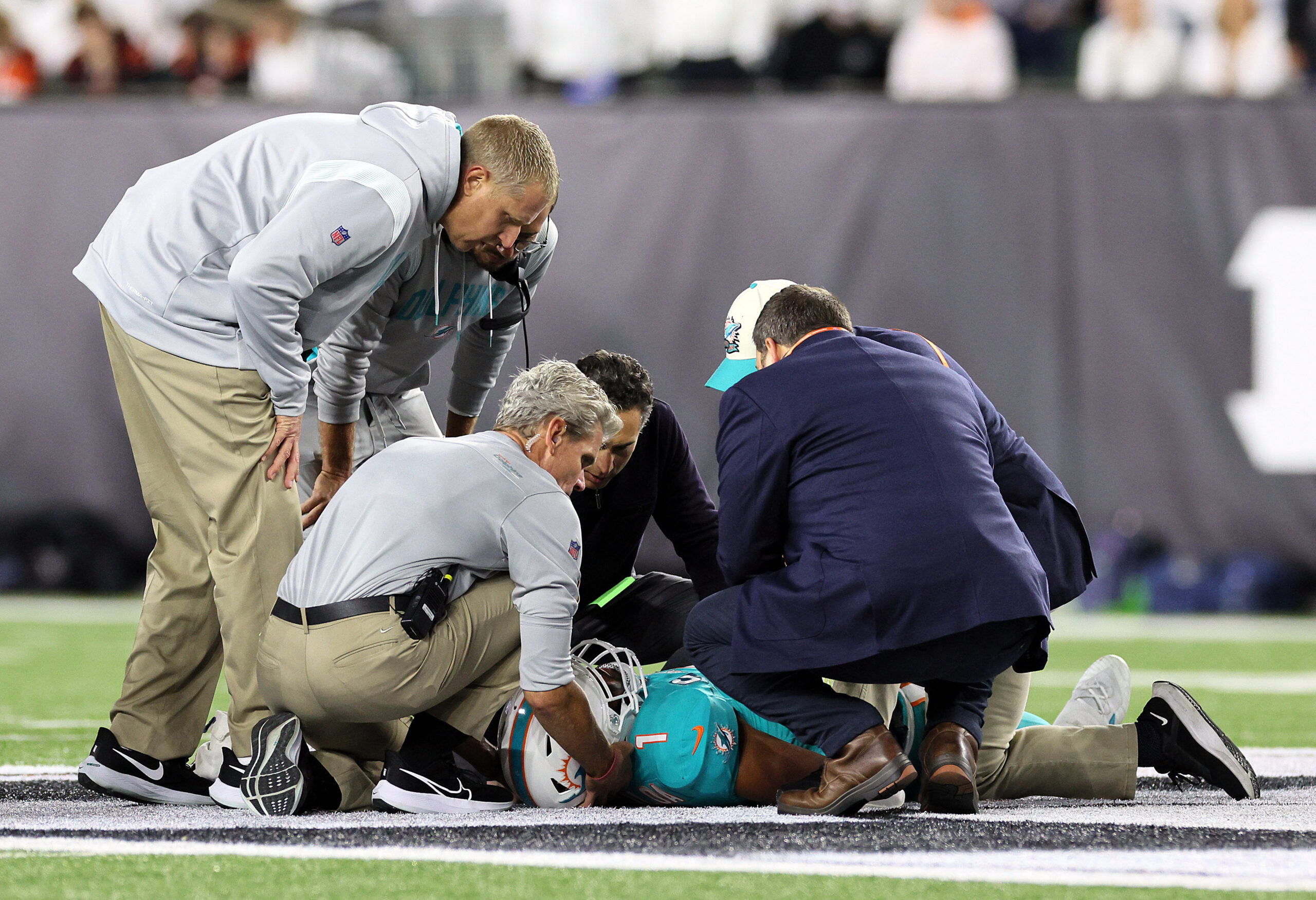 Miami Dolphins quarterback Tua Tagovailoa sustained what was first described as a head injury on Sept. 25 against the Buffalo Bills before returning to the game, with the team saying he had actually injured his back, not his head. Four days later, Tagovailoa suffered scary head and neck injuries against the Cincinnati Bengals on “Thursday Night Football” in front of more than 13 million TV viewers.

Tagovailoa’s situation forced the NFL and NFL Players Association to modify the league’s concussion protocol, including adding the term “ataxia” — described as “abnormality of balance and stability, motor coordination or dysfunctional speech caused by a neurological issue” — to the mandatory “no-go” symptoms. Under the modified guidelines, Tagovailoa would have been diagnosed with a concussion against the Bills, and thus removed from competition.

A new Morning Consult survey showed that fans primarily blame the Dolphins for the debacle. One in 3 self-identified NFL fans and self-identified sports fans believe the NFL franchise’s coaching and training staff is most at fault for allowing Tagovailoa to re-enter the Bills game last month. Nearly 3 in 10 of both shares of respondents (28%) said the unaffiliated neurotrauma consultant, whom the NFL Players Association terminated amid the controversy, is most at fault.

Regardless of who’s to blame, the incident — and others like it — doesn’t appear to change most fans’ interest in America’s most popular sport. Nearly 3 in 4 fans (70%) said head injuries don’t affect their interest in watching NFL games.

Respondents were asked if a NFL player is taken out of a game for a head injury, how long should he wait until he returns

Despite football’s inherent dangers to the brain, among other grievous bodily injuries, fans’ interest in the NFL remains strong, according to the recent Morning Consult data and TV viewership figures. NFL games currently make up 21 of the top 25 most-watched TV broadcasts of 2022, Sports Business Journal found, while Amazon.com Inc. has continued to draw positive viewership numbers in its inaugural season streaming “Thursday Night Football” on Prime Video. That includes the game in which Tagovailoa was concussed, forcing his arms into a “fencing response” — a telltale sign of a significant brain injury.