Meanwhile, the Los Angeles Lakers are the NBA’s most popular team, per new Morning Consult data 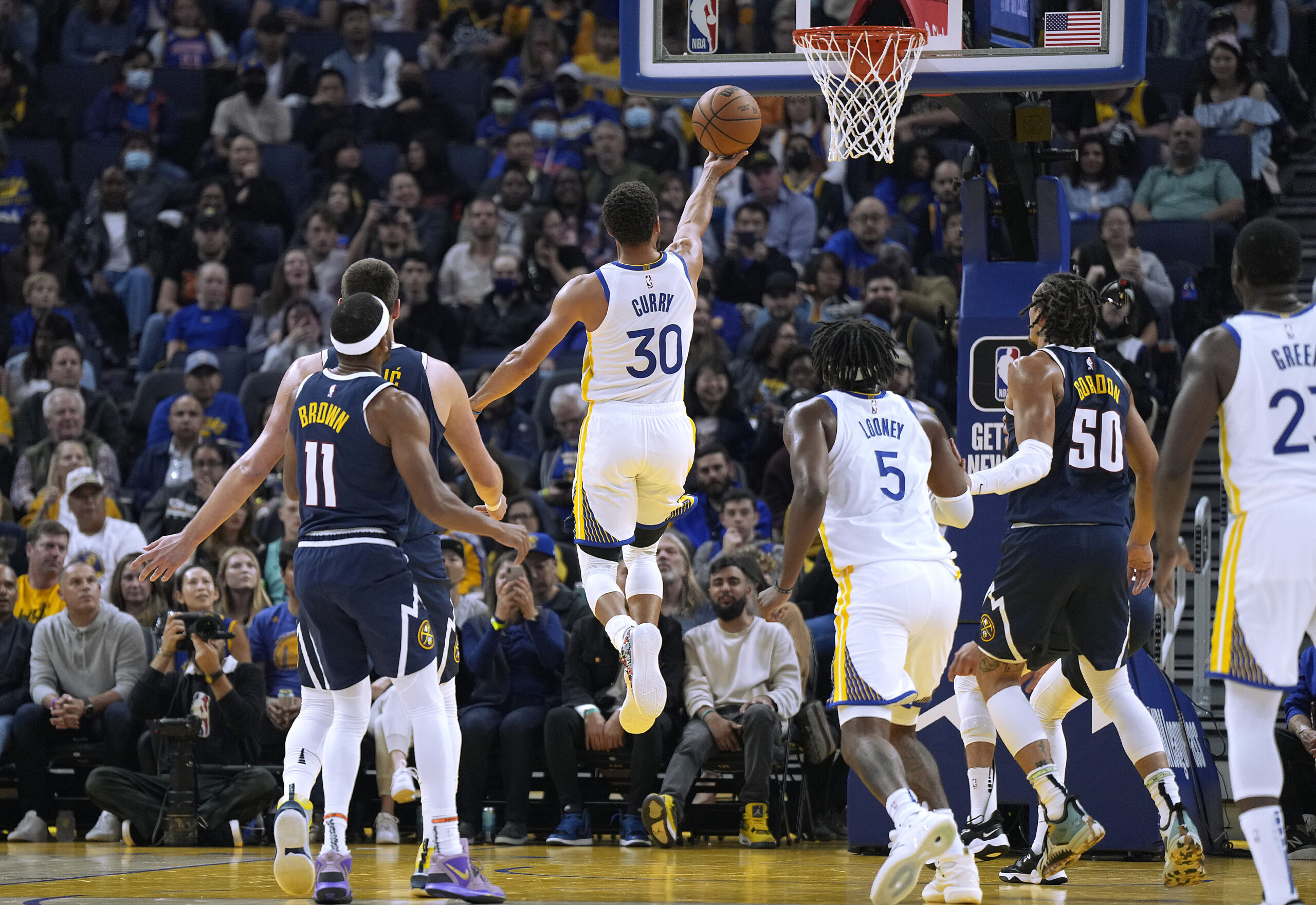 Stephen Curry of the Golden State Warriors shoots against the Denver Nuggets during a preseason NBA game on Oct. 14. Curry topped Kevin Durant, LeBron James and other stars as the league's most-liked player for the second year in a row. (Photo by Thearon W. Henderson/Getty Images)
By Mark J. Burns

NBA fans really liked Stephen Curry last year. Now, they like him even more. The Golden State Warriors sharpshooter has retained his crown as the most popular NBA player among fans for the second year in a row, according to a new Morning Consult survey.

As the Warriors open the 2022-23 season Tuesday against the Los Angeles Lakers, Curry scored a net favorability rating of 67 among self-identified NBA fans. That’s up from 57 last year — perhaps a result of Curry winning his fourth NBA title with the Warriors in June.

Also for the second consecutive year, the Brooklyn Nets’ Kevin Durant and Los Angeles Lakers’ LeBron James finished in second and third place with net favorability ratings of 56 and 50, respectively. Four of the NBA’s five most popular players from 2021 remained atop this year’s list, with the Phoenix Suns’ Chris Paul replacing the Lakers’ Anthony Davis in the top five.

The Warriors are the lone franchise with two players in the league’s top 10, with Klay Thompson tallying a net favorability rating of 40, good for eighth overall.

Net favorability is the share of respondents with a favorable opinion minus the share with an unfavorable opinion.
Survey conducted Oct. 8-9, 2022, among a representative sample of 2,211 U.S. adults, including 997 self-identified NBA fans. Respondents were shown a combination of NBA players, with an unweighted margin of error of +/-4 percentage points.

The most popular players in the NBA

The share of NBA fans who said they have a favorable opinion of the following teams:

Survey conducted Oct. 8-9, 2022, among a representative sample of 997 self-identified NBA fans, with an unweighted margin of error of +/-3 percentage points.

Four of the five most popular NBA players are also among the league’s top five earners this season, according to Sportico’s annual player rankings. James finished in first with an estimated $119.5 million in earnings between salary and endorsements. The outlier was Lakers guard Russell Westbrook, who is set to earn about $72.1 million in 2022-23, per Sportico. The 33-year-old fell outside the top 20 in Morning Consult’s favorability ranking this year with a net rating of 29.

The Oct. 8-9, 2022 survey was conducted among a representative sample of 2,211 U.S. adults, including 997 self-identified NBA fans. Respondents were shown a combination of NBA players, with an unweighted margin of error range of +/-4 percentage points.