33% of voters are thinking “a lot” about Biden when it comes to their vote next month, compared with 51% who said the same of Trump at a similar point in 2018 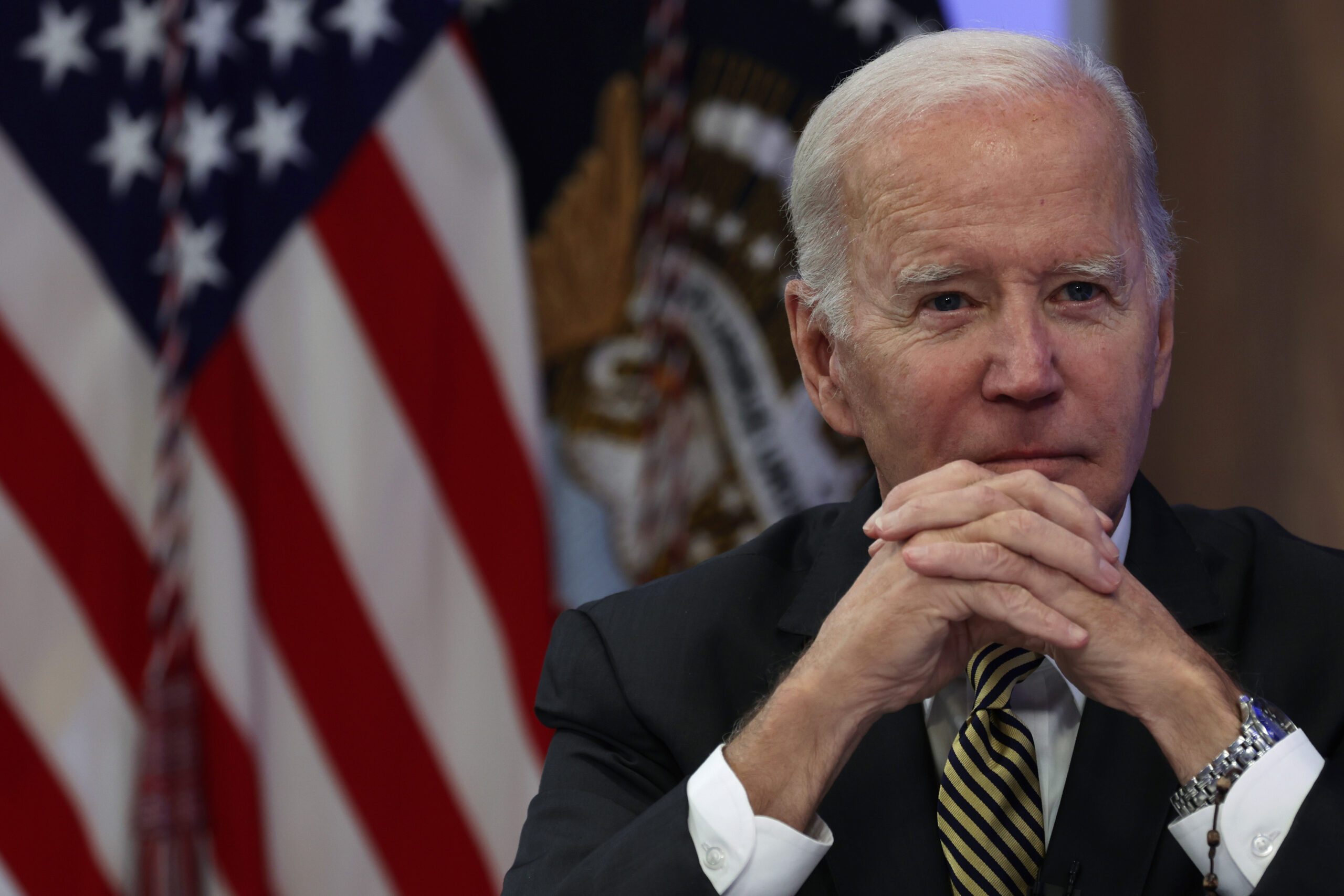 An unpopular Republican president was top of mind for voters in 2018, helping to fuel the blue wave that delivered House control to the Democrats last midterm cycle. Four years later, fewer voters say they’re thinking “a lot” about President Joe Biden when it comes to their 2022 vote, another sign that this year’s election is less of a referendum on the president than is typical.

Shares of voters reporting they are thinking “a lot” about the president heading into the current and previous midterm elections: 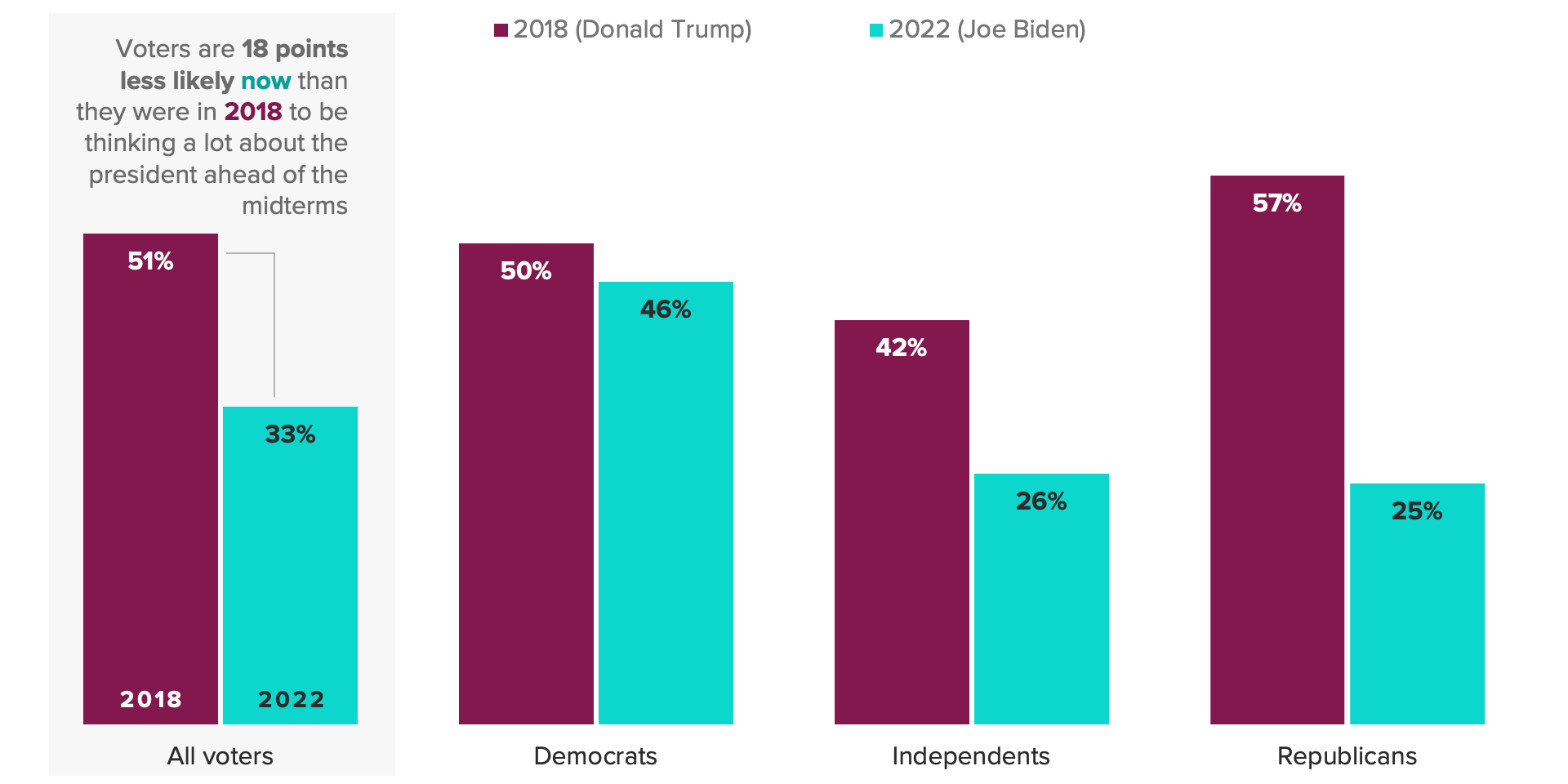 Voters are focusing less on the president this midterm cycle

What voters are focused on instead

The 2022 cycle has stood out for the disparity between Democrats’ standing on the generic ballot, Democratic senators’ own approval ratings and Biden’s consistent unpopularity. Throughout much of the year, a critical mass of voters have indicated that they’re willing to back a Democratic candidate even though they disapprove of Biden’s job performance.

That dynamic suggests views of the president don’t matter as much in 2022 as they did in 2018, with major issues hanging over the current contest rather than personalities. More than Biden, Trump or any of the other political figures whose names are being thrown around this fall, the vast majority of voters (63%) said they are thinking a lot about the economy as they mull over their 2022 vote, with another 46% giving similar weight to crime and 41% elevating abortion.

So how does the president fit into this? Another way of considering the data is that voters are about as likely to be thinking of Biden as they are his predecessor. By this metric, both Biden and Trump could be drags on their parties — though it may be a wash in many of the contested states on the Senate map this year.

Biden Is as Unpopular as Trump in Most Key 2022 States 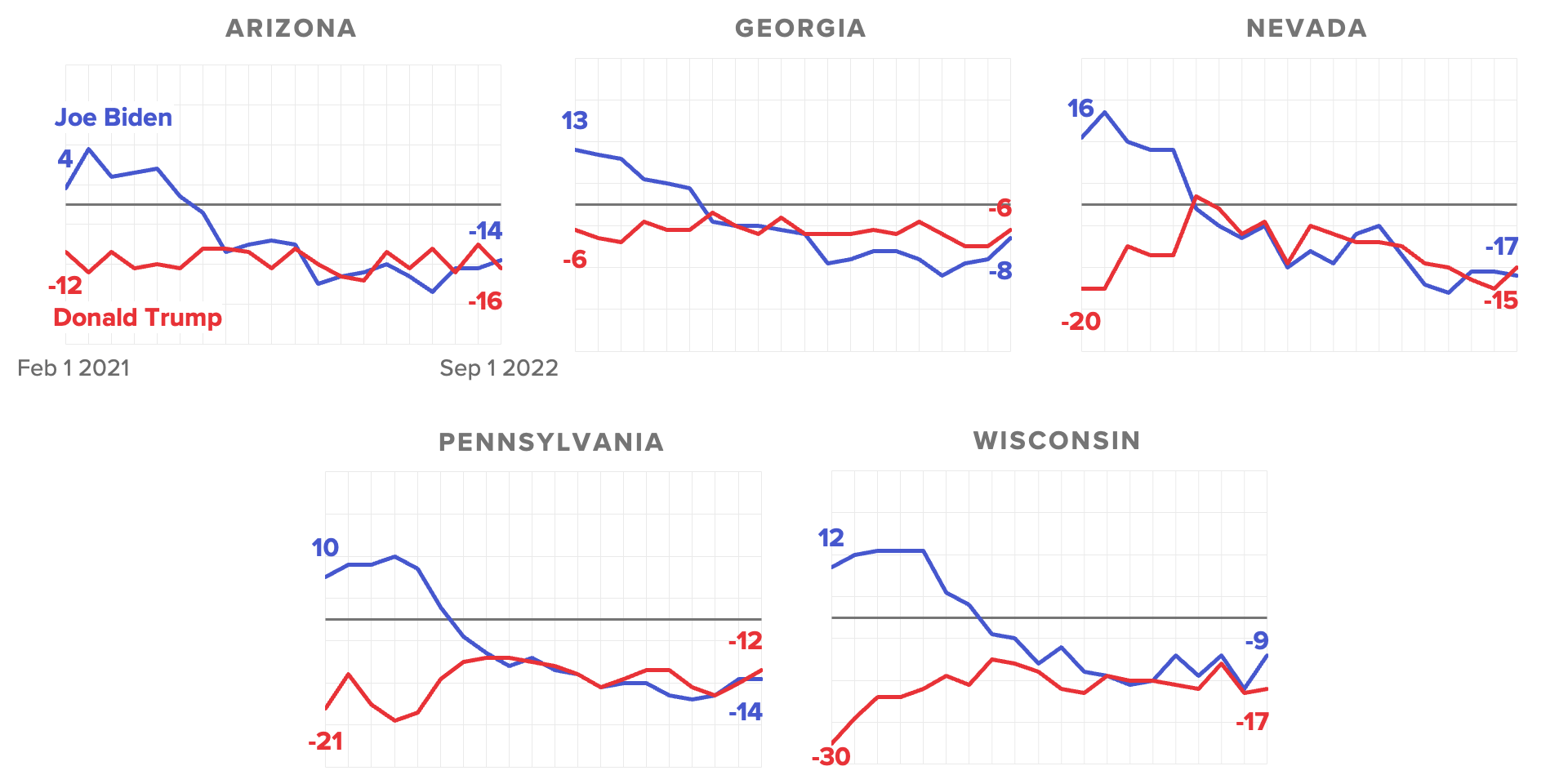 *Net favorability is the share of voters with a favorable view minus the share with an unfavorable view.
Monthly surveys conducted in 2021 and 2022 among representative samples of at least 646 registered voters in each state, with unweighted margins of error +/-2 to +/-4 percentage points.

The latest Morning Consult survey was conducted Oct. 13-15, 2022, among a representative sample of 2,006 registered voters, with an unweighted margin of error of plus or minus 2 percentage points.