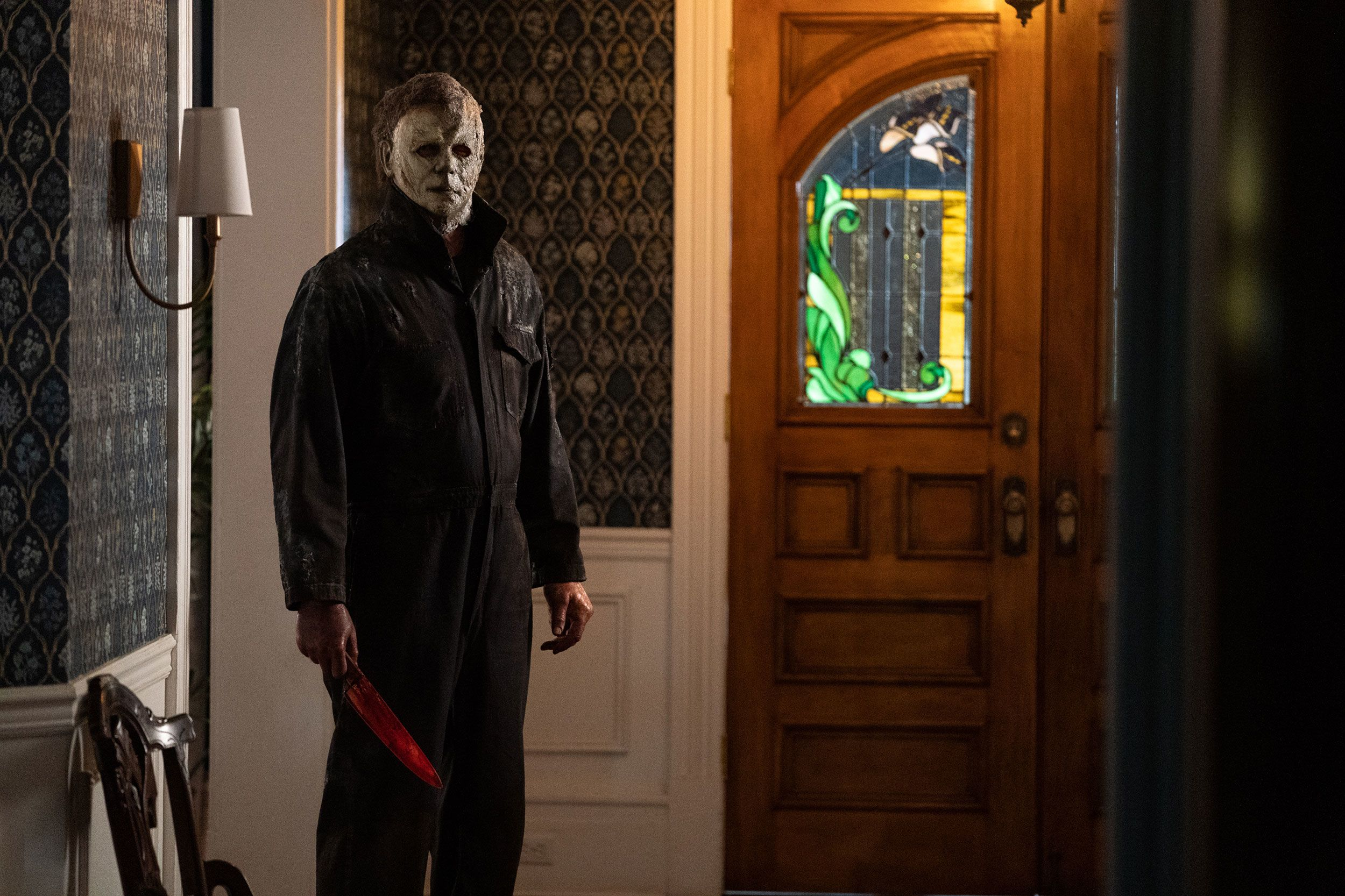 A scene from "Halloween Ends," the final film of the new Halloween trilogy. Michael Myers ranked third on the list of scariest horror movie villains of all time. (Universal Pictures)
By Saleah Blancaflor

October is “spooky season,” and that’s proving to be terribly important for the box office as it strains to recover from the coronavirus pandemic.

A slate of new horror movies, led by Blumhouse and Universal Pictures’ “Halloween Ends,” is drawing moviegoers — many of them younger and of diverse backgrounds — back to theaters. “Halloween Ends” debuted at the No. 1 spot at the U.S. box office in its opening weekend, earning $41 million. Paramount Pictures’ “Smile” and 20th Century Studios’ “Barbarian” also won their respective opening weekends, beating expectations and highlighting audiences’ thirst for thrills and chills at the movies this time of year.

New Morning Consult data shows that Gen Z adults are driving Hollywood’s spooky season, with nearly a third (32%) saying they’ve seen a horror movie in theaters in the last month and two-thirds reporting they’ve gone to one in the last 12 months.

Respondents were asked if they find the following classic horror villains and creatures to be scary or not:

The success of original horror

Hollywood studios often struggle to create successful new action movie franchises, resorting to milking existing intellectual property until there’s little left for audiences to enjoy. That hasn’t been the case in the horror genre, as several of its recent box office hits, including “Barbarian,” “Smile” and others, were original stories.

Even the indie grindhouse horror film “Terrifier 2” has gotten a lot of traction this month, grossing over $1 million against its micro-budget of $250,000 and little marketing. The film has gone viral online thanks to stories of moviegoers vomiting and passing out. “Smile,” too, became a trending topic when Paramount placed creepy, smiling actors behind the home plate of several Major League Baseball games. Word-of-mouth and social media have helped the film earn more than $166 million at the global box office to date.

Horror fans have more to look forward to: Lionsgate’s exorcism tale “Prey for the Devil” comes out this Friday, Amazon Studios’ “Nanny” premieres on the streaming service next month and Universal Pictures’ “M3GAN,” whose titular, highly memeable doll is already going viral on social media, is slated for release in January. Morning Consult data shows that nearly a quarter of U.S. adults (24%) are interested in seeing “M3GAN.”

The Oct. 18, 2022, survey was conducted among a representative sample of 2,210 U.S. adults, with an unweighted margin of error of plus or minus 2 percentage points.