After OPEC+ output cut, 53% of U.S. adults viewed the kingdom negatively, the biggest share so far this year 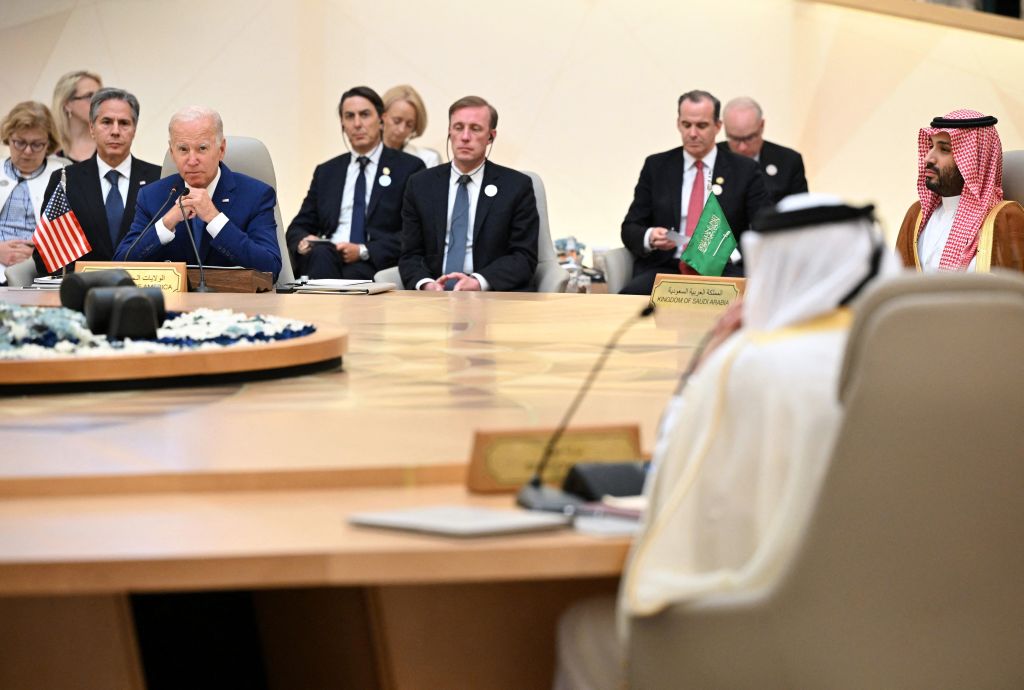 The decision by OPEC+ to cut oil production just ahead of the U.S. midterm elections prompted a backlash from the Biden administration and its allies in Congress, and Morning Consult survey tracking data suggests that criticism is resonating with Americans.

Share of U.S. adults with favorable and unfavorable views of Saudi Arabia

*Bpd stands for “barrels per day”, the standard metric of petroleum production.
Data points represent a seven-day moving average of daily surveys conducted Dec. 26, 2021-Oct. 23, 2022, among a representative sample of at least 3,434 U.S. adults, with unweighted margins of error of +/- 1 to 2 percentage points. “Don’t know/No opinion” responses are not shown.

Americans Increasingly See Saudi Arabia as Unfriendly or an Enemy to the U.S.
Negative views have ticked up across the political spectrum since summer

Share of U.S. adults who describe Saudi Arabia as ….

Surveys conducted in 2022 among a representative sample of roughly 2,200 U.S. adults, with unweighted margins of error of +/-2 percentage points. “Don’t know/No opinion” responses are not shown.

Americans are increasingly wary of the U.S.-Saudi relationship

Despite poor relations, rupture with Riyadh would gain little

The OPEC+ decision was met by unusually harsh rhetoric from the Biden administration and Democrats in Congress that baffled some foreign policy experts, and a New York Times report published Tuesday offered some explanation for the seemingly disproportionate response: U.S. officials viewed the move as a betrayal of a secret agreement struck earlier this summer to ensure increased production through 2022.

Nonetheless, discretion may have been the better part of valor for the White House. Regardless of the state of relations and Saudi Arabia’s unpopularity among Americans, its vital role in U.S. interests makes it hard to impose boundaries on the relationship.

“The tools the United States might deploy to spank the Saudis are quite limited,” said Thomas W. Lippman, former chief of The Washington Post’s Middle East bureau who has spent three decades covering Saudi Arabia. “We could cut off student visas, but who thinks that would increase our influence in the country? The Saudis are steadfast partners in trying to contain Iran; if we cut off arms sales and military training, what will we gain by that? The French will be only too ready to step in anyway. What are we going to do, embargo Saudi ports that export oil we consume? The Saudis just aren’t particularly vulnerable to American pressure.”

The White House, which announced a formal review of its relationship with the Saudis, has not provided any details of the “consequences” it promised to impose on the House of Saud, and did not respond to multiple requests for comment for this story.

What’s more, the wisdom of any secret deal with the Saudis may have been suspect all along, particularly considering the political risk the Biden administration ran by cozying up to a perpetually unpopular regime that it had previously vowed to shun. Saudi Arabia is the de facto leader of OPEC+, but it cannot unilaterally dictate production quotas that would hurt the bottom line of most other members without risking its standing, its finances and the cohesion of the cartel, said Lippman.

And airing out dirty laundry publicly can only damage the scope of cooperation in the U.S.-Saudi relationship that may be sorely needed as the war in Ukraine unfolds, according to Karen E. Young, a political economist at Columbia University’s Center on Global Energy Policy.

“The broader concern that the Saudi government has is about market manipulation and other governments politicizing what Saudi Arabia can or can’t do in the oil markets, as we have seen here,” said Young. “Whatever happens with Russia after the rollout of a European oil price cap and oil embargo is out of Saudi Arabia’s control, and they fear they’re going to take the blame for high energy prices regardless.”