Despite Recession Fears, 18.5% of U.S. Workers Are Searching for a New Job 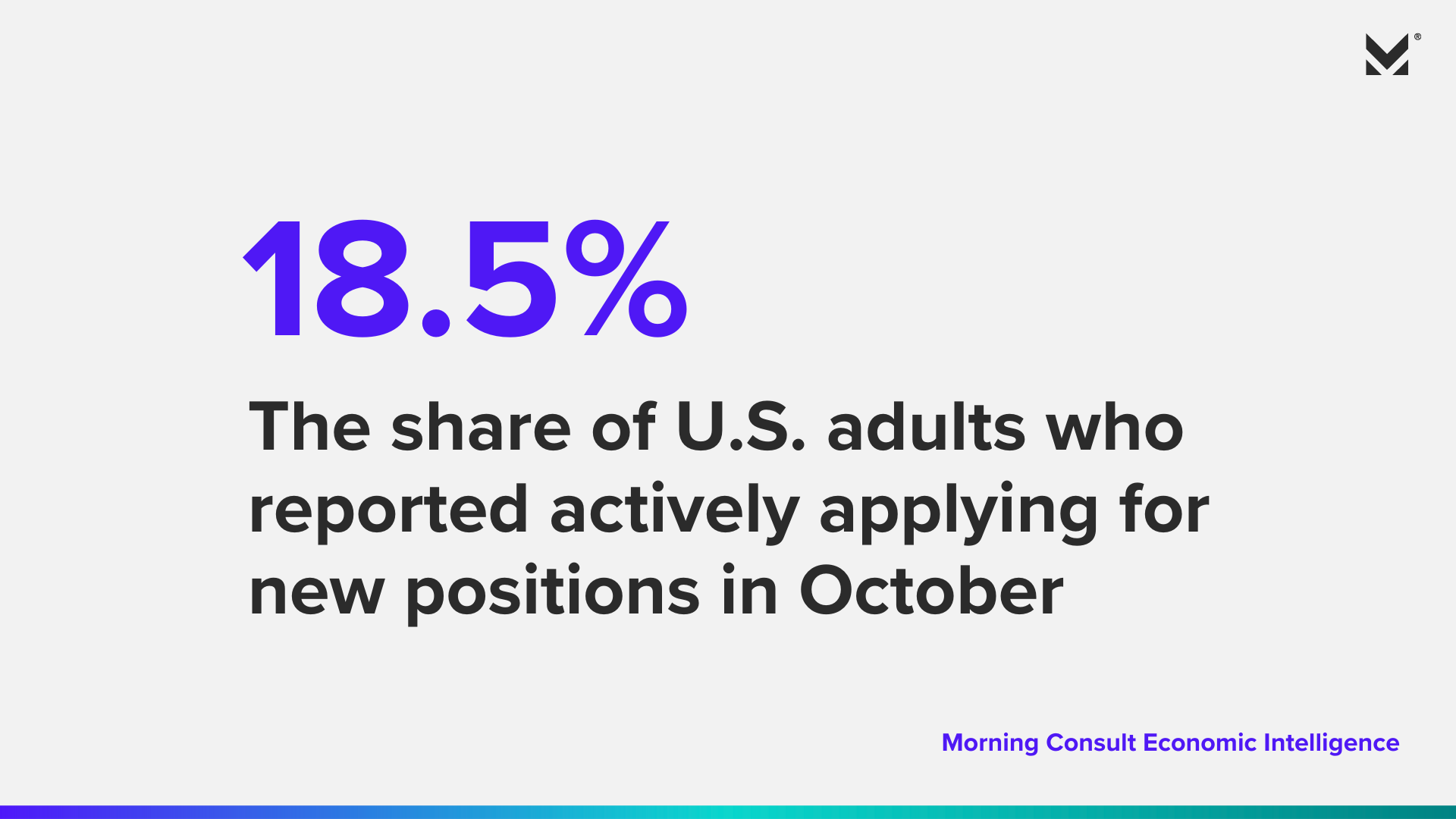 Despite continued fear of a recession, job search activity among U.S. workers remained near series highs in October, according to the latest high-frequency data from decision intelligence company Morning Consult. As of the week ending Oct. 22, 18.5% of employed U.S. adults — and 20.4% of prime-age workers (ages 25-54) — reported actively applying for new positions, up significantly from respective 2022 lows of 17.0% and 19.2% in May. 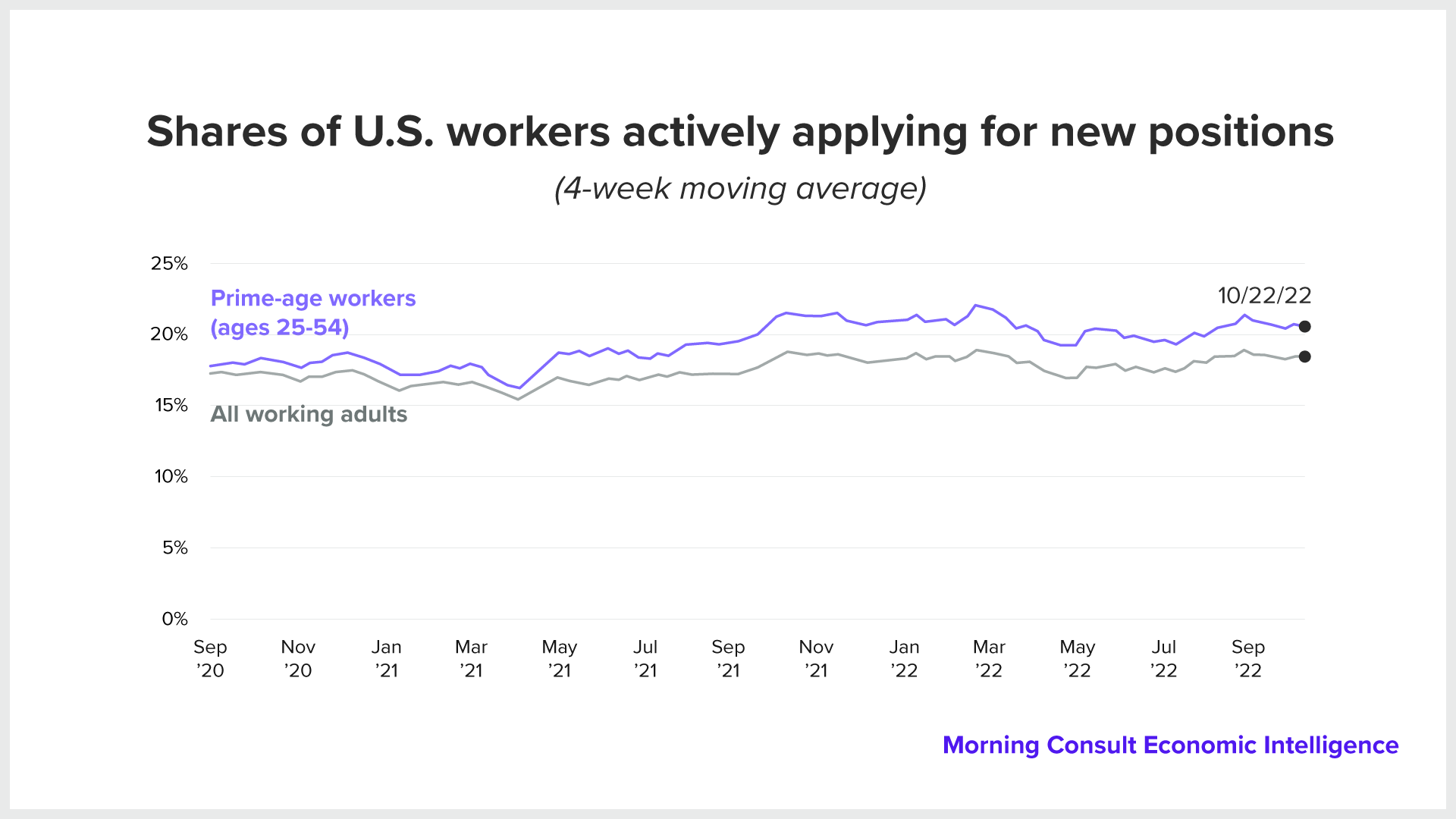 Drawn from the company’s daily surveys of 17,000 adults across 43 countries, including 6,000 adults in the United States, the exclusive data highlights an extremely tight labor market characterized by high turnover, rising wages and few layoffs. This is positive news for workers but underscores the challenges policymakers face as the Federal Reserve delivers its next rate announcement this afternoon. 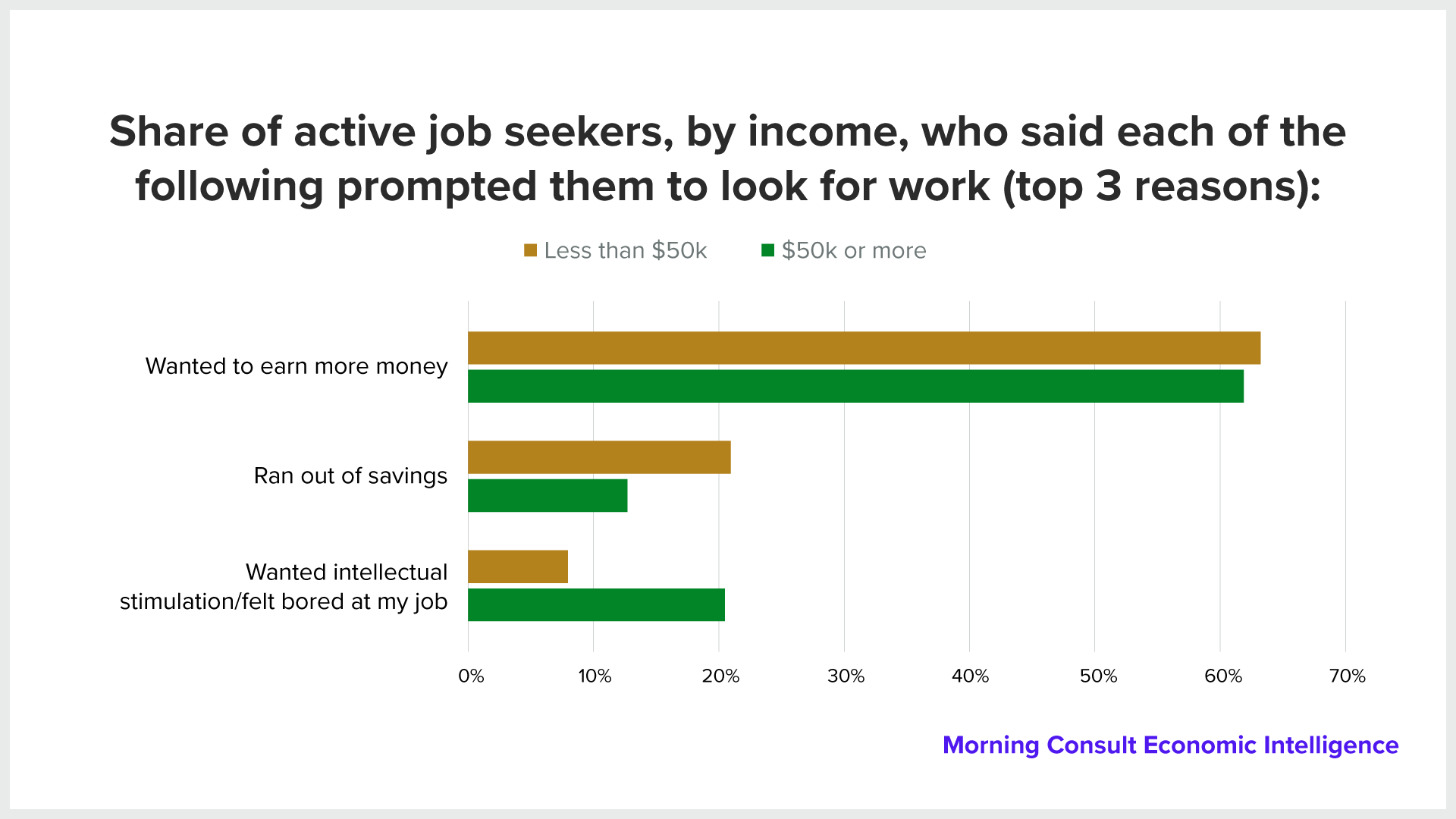 “The saving rate in the U.S. has fallen dramatically this year as inflation outpaces wages and the sugar high of pandemic-era stimulus fades,” said Jesse Wheeler, economic analyst at Morning Consult. “Our high-frequency data indicates that a lack of savings is now bringing some people back into the workforce.”

Morning Consult’s Labor Force and Unemployment Survey compares labor market conditions across and within countries, providing enhanced scale, frequency and depth not captured by official data sets. Morning Consult’s labor force calculations are simplified and standardized versions of those used by the U.S. Bureau of Labor Statistics, the Organization for Economic Co-operation and Development, and the International Labour Organization, thus providing

like-for-like comparisons of the employment, unemployment and labor force participation rates across countries. The survey also asks about workers’ intention to switch jobs.