49% of Italians approve of Meloni, who experts say must stick tightly with Brussels to stay in power 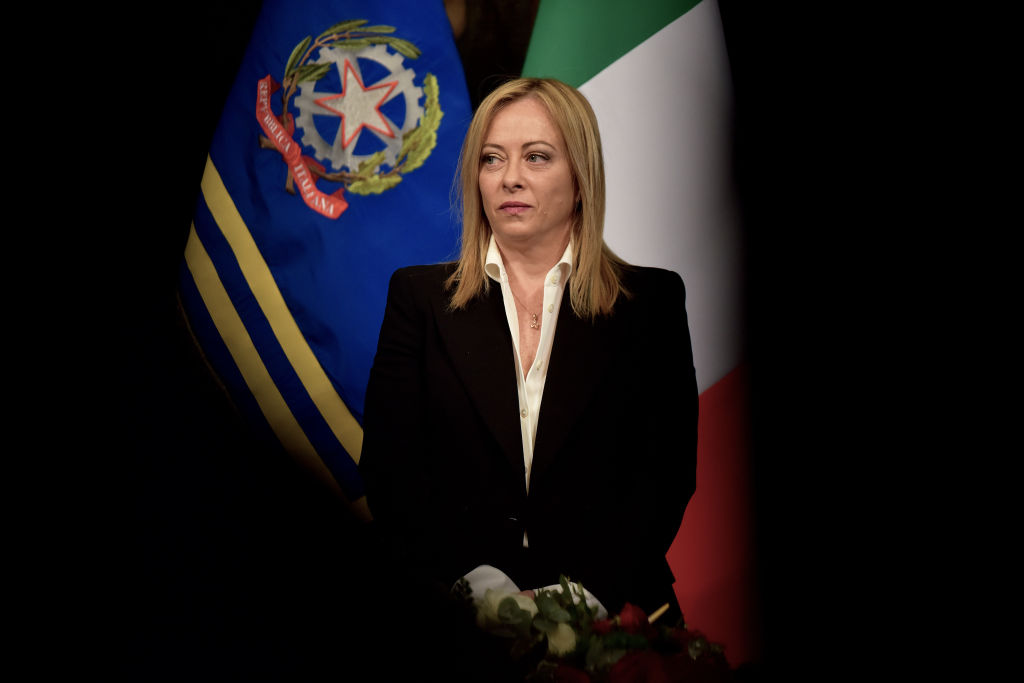 Prime Minister Giorgia Meloni during Wednesday's oath of the undersecretaries of her government at Palazzo Chigi in Rome. (Simona Granati - Corbis/Corbis via Getty Images)
By Matthew Kendrick

Giorgia Meloni’s historic achievement of becoming Italy’s first female prime minister may have sparked international concern given her far-right background and coalition partners’ ties to Russia, but she has responded to her ascension by tacking to the center, and Morning Consult’s global tracking shows Italians are rewarding her for it.

Meloni has a strong position at home, but a narrow path internationally

Going into her election, Meloni’s history of isolationist tendencies and association with Russia-friendly figures raised questions about Italy’s path in the next few months as energy prices surge over winter and continental unity on Ukraine becomes all the more crucial — and perhaps all the more tempting for a contrarian leader looking to make political hay.

The fracture came to light before Meloni even officially took office, when Silvio Berlusconi, the former prime minister and her parliamentary ally, was caught on tape waxing lyrical about his friendship with Vladimir Putin. But Meloni’s strong response — threatening not to form a government at all rather than share power with those who questioned Italy’s commitment to NATO and the European Union — got Berlusconi back in line and demonstrated straight away that she won’t be pushed around.

“She’s young, she’s ambitious, and her top priority is to stay in power,” said Cecilia E. Sottilotta, professor of political science at the University for Foreigners of Perugia.

“She’s been talking to the centrist parties, and if Berlusconi or Matteo Salvini were to make the Cabinet fall, they would be doing her a favor,” Sottilotta said, explaining that Meloni’s Fratelli d’Italia party would likely expand on the share of voters already poached from Berlusconi and Salvini’s traditional political bases and give herself an even more commanding position from which to form a government.

And no other major player has the credibility Meloni can command, in part because they’ve nearly all had their shot at power in the past decade and disappointed the electorate, according to Beppe Severgnini, noted political commentator and editor at Corriera della Sera, Italy’s largest newspaper.

“We’ve tried everything: We tried Berlusconi, we tried technocrats like Mario Monti, we tried the Democrats, we tried the League, we tried the Five Star Movement, and we tried Draghi,” he said. “The only untested leader is Meloni and Fratelli d’Italia.”

Her novelty may be part of what’s buoying her approval as well, as Sottilotta pointed out she hasn’t actually done much yet beyond some symbolic gestures to her own base, but Severgnini said she knows her foreign policy must be strongly in line with Brussels’ anti-Russia position, as Italy does not have the economic, political or military clout to break from its allies.

“Meloni is on a bobsled. She’s rushing downhill and can either jump out and be destroyed or follow the track and try to be as composed and fast as she can. She cannot improvise,” said Severgnini.