About 3 in 4 Democrats are supportive of a funding boost, while more than half of Republicans are opposed 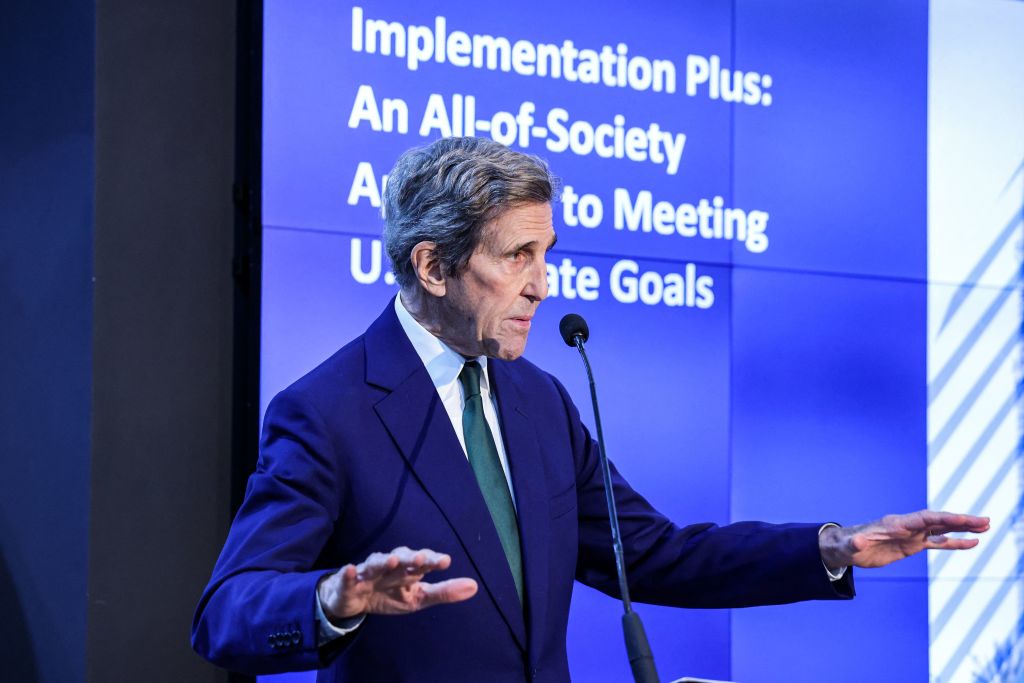 John Kerry, U.S. special presidential envoy for climate, speaks at the COP27 climate conference in Egypt on Nov. 8, 2022. A Morning Consult/Politico survey found that 53% of U.S. voters believe the United States bears at least some responsibility to increase its contributions to developing nations to help protect them against climate change. (Photo by Ahmad Gharabli/AFP via Getty Images)
By Julia Martinez

Climate reparations — or compensating developing countries for “loss and damage” from the effects of climate change — are dominating discussions at the United Nations’ 27th annual Conference of the Parties, known as COP27, in Egypt.

A little more than half of registered voters believe the United States has at least some responsibility to increase its contributions to developing nations to help protect them against climate change, according to a new Morning Consult/Politico survey, which also shows support from nearly 3 in 4 Democrats and about a third of Republicans.

Survey conducted Nov. 4-5, 2022, among a representative sample of 2,005 registered voters, with an unweighted margin of error of +/-2 percentage points.

President Joe Biden is expected to participate in COP27 this Friday as more than 100 heads of state converge in Egypt over the next two weeks for the latest climate conference negotiations, which for the first time in the event’s history includes talks about compensating developing countries for climate damages. The main question at COP27 will be: Who will have to pay, and how much?

Climate reparations have quickly taken center stage at COP27 over the past few days. The focus comes amid deadly heatwaves and catastrophic flooding in Pakistan that will cost the country billions in recovery efforts.

A recent report from the U.N. Environment Programme shows that nations are failing to raise enough money to help developing countries adapt to the devastating effects of climate change, with international financial flows between five and 10 times below where they need to be. By 2030, around $340 billion annually might be needed to assist developing countries, but donor nations only set aside $29 billion for climate adaptation in 2020.

The deadly effects of climate change, precipitated by the burning of fossil fuels from industrialized nations, are also hitting the most vulnerable nations the hardest, even though they are the least responsible for climate change. Countries like the United States, however, seem reluctant to commit to a new fund specifically designed to assist countries like Pakistan with “loss and damage”.

The United States, one of the world’s largest climate polluters along with China, is hinging its participation in such a fund on China’s willingness to chip in, something that has negotiators nervous about whether anything will get done over the course of the conference as climate talks between the two top emitters remain suspended.

The latest Morning Consult/Politico survey was conducted Nov. 4-5, 2022, among a representative sample of 2,005 registered voters, with an unweighted margin of error of plus or minus 2 percentage points.