The 2022 Midterm Elections’ Marginal Impact on Republican Trust in the U.S. Electoral System

44% of Republicans trust the system, compared with 48% ahead of the midterms 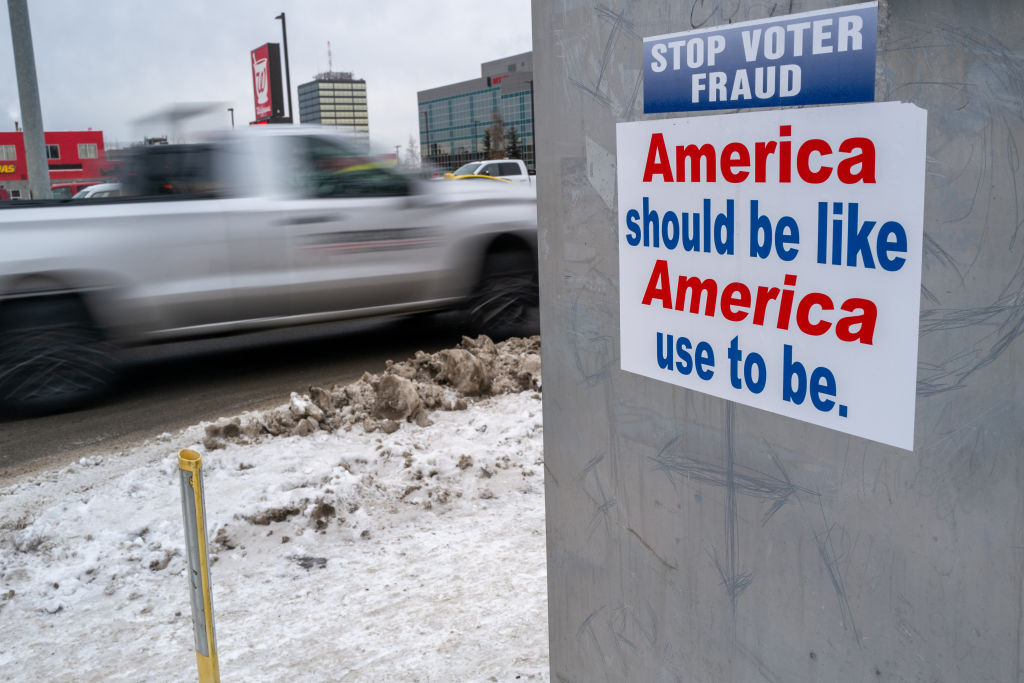 A sticker in Anchorage warns of voter fraud in Anchorage, Alaska, ahead of the Nov. 8 midterm elections. (Spencer Platt/Getty Images)
By Eli Yokley

Attacks on the integrity of the 2022 midterm election results by influential Republicans have been relatively few and far between, with nearly all GOP candidates who lost high-profile contests conceding in a straightforward manner. In turn, new Morning Consult trend research shows no dramatic decline in election trust on the right.

Shares of U.S. adults with “some” or “a lot” of trust in the U.S. electoral system

Surveys conducted among representative samples of roughly 2,000 U.S. adults each, with unweighted margins of error from +/-3 to 4 percentage points for responses shown.

How voters feel about the integrity of the midterms, and 2024

To be clear, the majority of Republicans (56%) have little or no trust in the electoral system, a vexing problem for a representative democracy.

But the fact that the figure has not plunged after the GOP underperformed expectations could be seen as a positive sign. Only one of the cycle’s high-profile losing candidates — Kari Lake, the Trump-backed Republican who lost a competitive race to be governor of Arizona — is claiming that foul play is responsible for their defeat.

Nationwide, a plurality of Republican voters (47%) said they believe the midterm elections were “free and fair,” down slightly from 52% the previous week when GOP confidence in the integrity of this year’s contests reached an all-time high. But that 47% is nonetheless higher than the 42% who said at the start of this month that they expected the Nov. 8 contests to be free and fair.

Looking ahead to 2024, the Republican electorate appears less optimistic that the presidential contest will be legitimate. A 46% plurality of GOP voters said they do not expect the next presidential election to be “free and fair,” similar to expectations throughout much of 2022 about the midterm contests.