Share of tech workers reporting lost pay has fallen from 15.3% to 11.6% in recent weeks 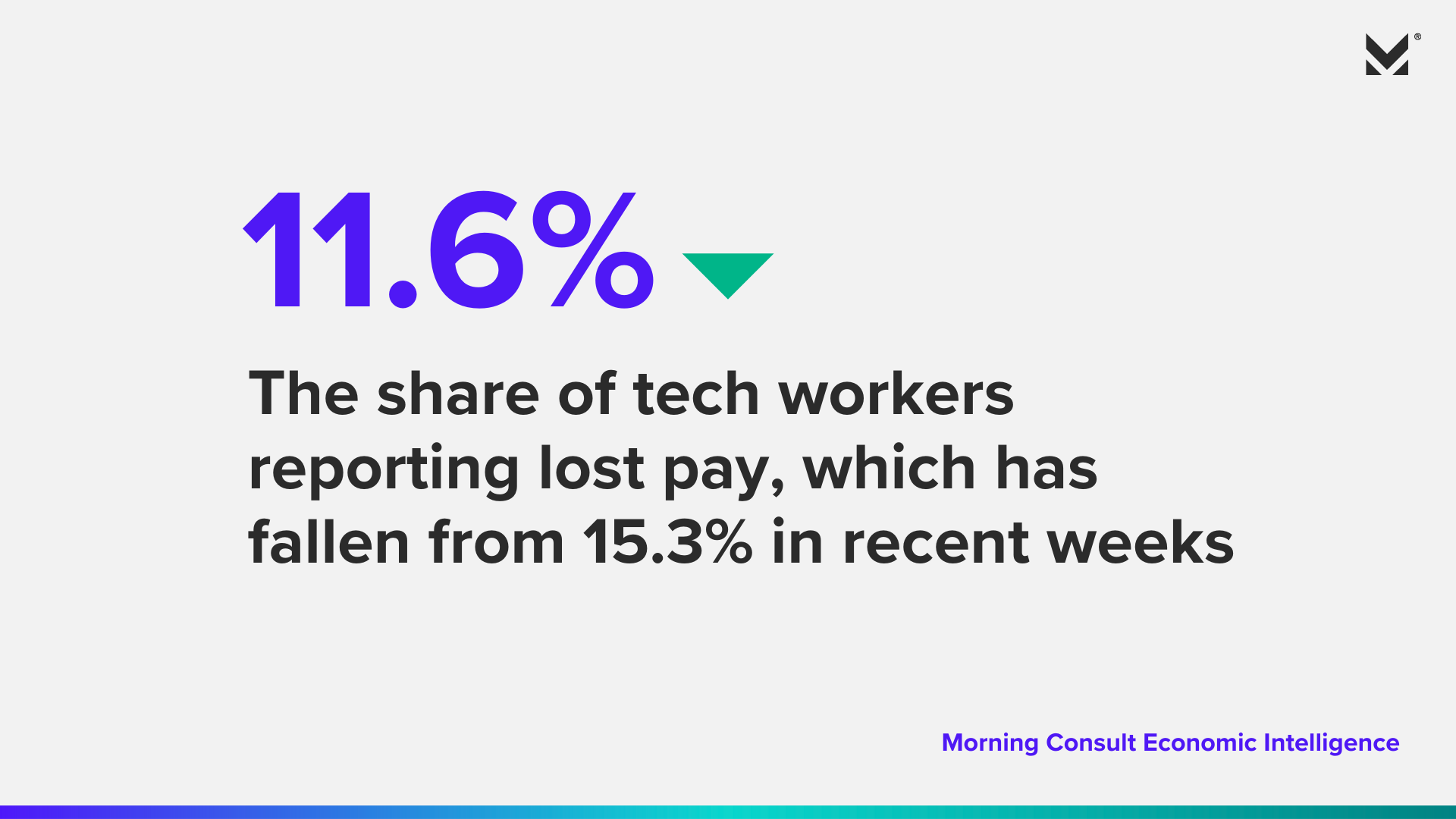 For the four weeks ending Nov. 19, 11.6% of U.S. workers in the tech industry reported lost pay or income in the prior week, down from a six-month high of 15.3% in early October, according to high-frequency data from decision intelligence company Morning Consult. This indicates the recent wave of pay losses in the sector is receding, despite headlines about layoffs at major tech corporations. 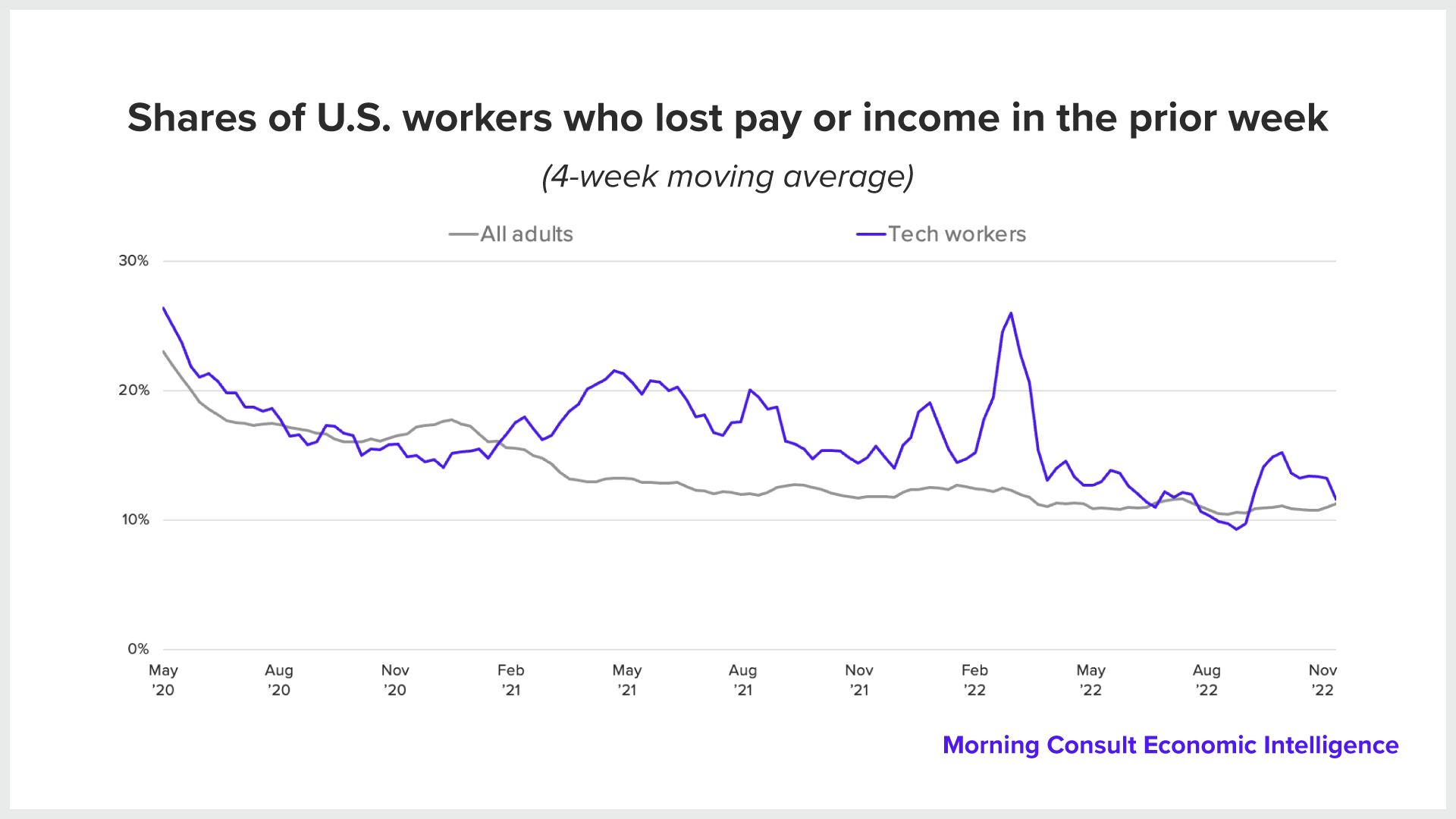 News coverage of layoffs has yet to drive overall job insecurity higher, though across industries, tech workers understandably feel the most vulnerable. From September to November, 16% of employed tech workers said they expected to lose employment income in the next four weeks, compared with 11% of all employed U.S. adults.

“The biggest question now is whether the rollback of excessive hiring in the tech sector is indicative of an economy-wide issue,” said John Leer, chief economist at Morning Consult. “Our high-frequency data shows little sign that is the case so far, and U.S. workers seem to agree.”

Drawn from weekly surveys of 20,000 U.S. adults, Morning Consult’s lost pay data closely mirrors initial unemployment claims and provides an early warning signal for weakness in the labor market. This month’s findings, however, indicate layoffs remain contained in the tech sector and have yet to spur a long-term uptick in lost income.

“The impact of tech layoffs on the U.S. economy will be muted by the fact that the sector makes up a relatively small share of overall employment,” said Jesse Wheeler, economic analyst at Morning Consult. “While the demand for workers is likely to fall in the coming months, our data shows cracks in the labor market are still few and far between.”