Americans between the ages of 13 and 25 greatly prefer shorter forms of entertainment compared with the general population, Morning Consult surveys find 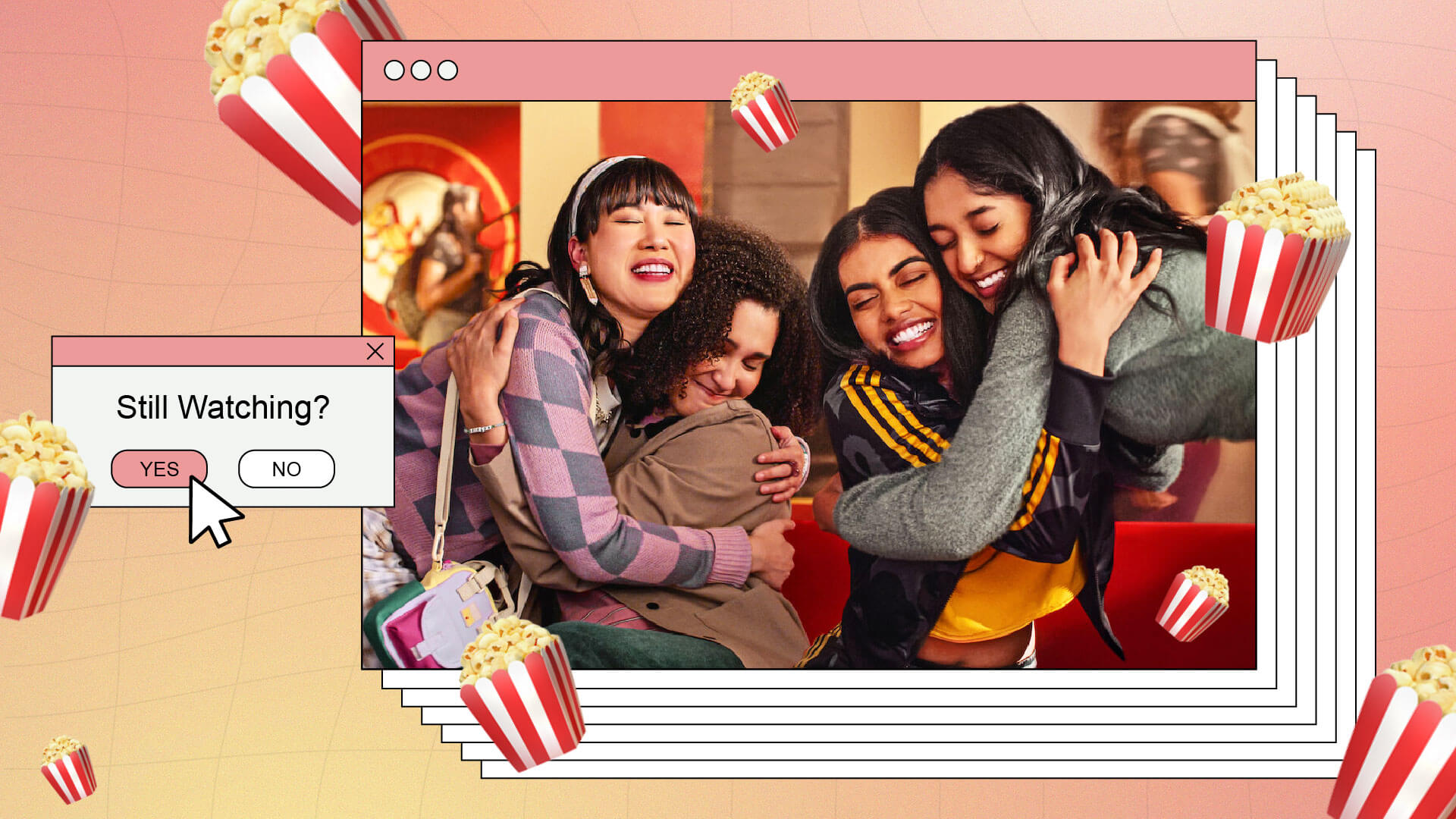 Only 16% of Gen Zers said they want TV episodes to last an hour, compared with 42% of all U.S. adults, according to Morning Consult data. (Netflix, Unsplash / Morning Consult artwork by Chloe Phan)
By Saleah Blancaflor

“Prestige TV” ushered in the age of the lengthy TV show, with individual episodes often exceeding an hour. Blockbuster Hollywood movies have evolved similarly: “Avatar: The Way of Water,” for instance, clocks in at more than three hours.

But in order to hook younger audiences who grew up on secondslong TikTok videos and ephemeral Instagram Stories, mainstream entertainment might have to get quicker.

Gen Z consumers’ ideal TV and movie lengths are shorter than those of the general population, according to Morning Consult data. Only a quarter of Gen Zers said the ideal TV episode is an hour or longer, compared with more than half of all U.S. adults (52%) who said the same. Meanwhile, roughly 2 in 5 Gen Zers (41%) said the ideal movie length is an hour and 30 minutes or less, compared with 32% of the general population who agreed.

Streaming services like Netflix Inc. have already experimented with releasing episodes with shorter, less predictable runtimes. But, based on the data, that might not be enough.

Gen Zers want TV episodes to be 45 minutes or less

Gen Zers are used to consuming content quickly and moving onto the next thing. Quibi, the failed short-form entertainment app, may have been onto something in terms of understanding how younger audiences watch content, but the execution was severely lacking, forcing the app to shut down in just a few months.

The way to reach more Gen Z consumers, streaming platforms have realized, is probably not in trying to reinvent the wheel, but rather in simply making their content a bit quicker and more manageable in a landscape saturated with content options. Episodes of HBO Max shows like “Never Have I Ever” and “The Sex Lives of College Girls” come in at half an hour or less. Episodes of FX on Hulu’s thriller series “The Patient” range from 20 to 45 minutes, ensuring that even the longer installments don’t push the issue with its younger viewers.

Meanwhile, “Minions: The Rise of Gru” — which a third of Gen Zers said they’ve seen, according to Morning Consult data — clocks in at a crisp 87 minutes. Right in the sweet spot for its fans.