More than half of Gen Zers spend four or more hours on social media every single day, per a new Morning Consult survey 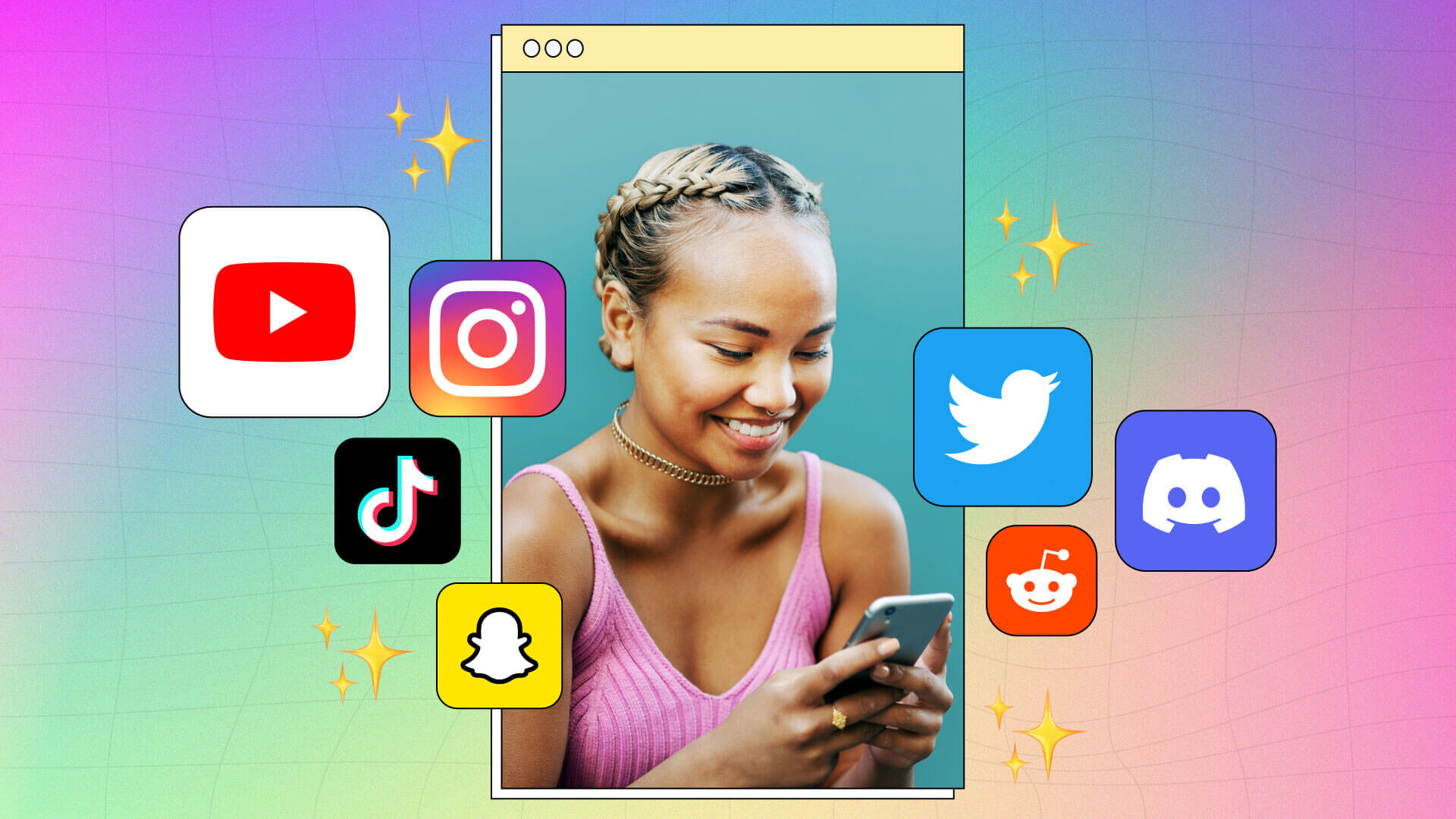 Nearly 7 in 10 Gen Zers (68%) said they use TikTok, up 21 percentage points from a 2020 survey, according to Morning Consult data. (Unsplash, Getty Images / Morning Consult artwork by Chloe Phan)
By Ellyn Briggs

Born between 1997 and 2012, Gen Z is the first generation that’s totally digitally native. Four out of five of their favorite brands are technology companies. They’re abandoning traditional corporate jobs in favor of content creation, and they’ve even devised a new vocabulary inspired by algorithmic guidelines.

A new Morning Consult survey of Americans between the ages of 13 and 25 highlights the extent to which young people use one facet of the internet in particular: social media.

Fifty-four percent of Gen Zers said they spend at least four hours daily on social media, and almost 2 in 5 (38%) spend even more time than that. Nearly 9 in 10 (88%) said they use Alphabet Inc.’s YouTube, making it the generation’s most-used social platform by a wide margin. Meta Platform Inc.’s Instagram ranked second, used by roughly three-fourths (76%) of Gen Zers.

Respondents were asked how many hours they spend on social media per day, as well as how much time they spend interacting with other people via the following activities per week:

The shares of Gen Zers between the ages of 13 and 25 who said they use the following social media platforms:

Instagram sits firmly in second, while TikTok and Snapchat tie for third

While Gen Z didn’t have a choice in being thrust into a digital world, they’ve proactively embraced many aspects of internet culture — including online gaming and advanced technologies like the metaverse — at much higher rates than older generations.

Brands across every sector are taking note.

YouTube and ByteDance Ltd.’s TikTok both celebrated the outsized role that gamers have played in their respective communities through global live-streaming events earlier this year. Nike Inc. recently launched “.Swoosh,” its first virtual sneaker trading platform. And even luxury retailers are getting into the Gen Z way of life: Many continue to announce partnerships with younger-skewing gaming platforms like Roblox and Fortnite, where activations range from designing in-app clothing lines to organizing meet-and-greets with digital avatars of their celebrity brand ambassadors.

As more Gen Zers age into adulthood, marketers will follow the coveted consumer bloc wherever they go next — which will likely be even more online than they already are.