Federal Student Loan Borrowers Who Haven’t Yet Applied for Forgiveness: Confused About Eligibility, Unsure if Relief Will Come 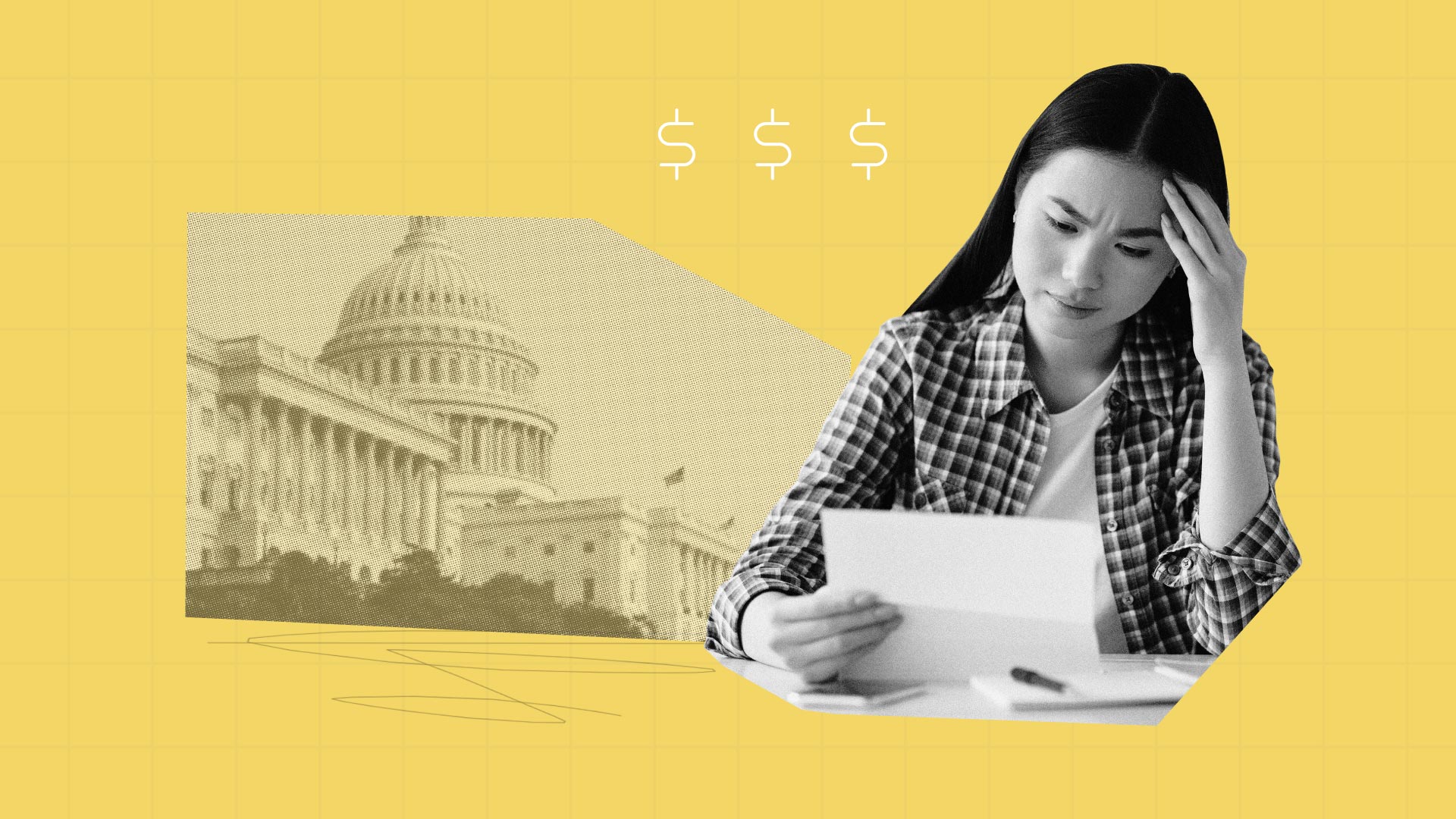 Excitement and relief felt by select federal student loan borrowers following the launch of the Biden administration’s debt forgiveness program has since given way to feelings of confusion and uncertainty, new data shows, after delays put the prospect of debt forgiveness on ice.

In early November, the White House announced that 26 million Americans had applied to the $400 billion program, which promised to forgive between $10,000 and $20,000 in their student loan debt. But ongoing litigation shifted the fate of the program into the hands of the Supreme Court, prompting the Department of Education to take down the application.

Even without the added complexity of a newly launched federal program, those with federal student loans also find themselves mired in a system that is often complicated and confusing. According to a new Morning Consult survey, a third of federal student loan borrowers who plan to apply for forgiveness haven’t done so yet, and in that group, 7 in 10 aren’t sure if they’re eligible and roughly 2 in 3 said they don’t know how to apply.

Survey conducted Nov. 18-21, 2022, among a representative sample of 4,421 U.S. adults, including 677 U.S. adults with federal student loans, with unweighted margins of error of +/-1 percentage point and +/-3 percentage points, respectively. Figures may not add up to 100% due to rounding.

Should the Department of Education’s debt forgiveness plan survive its current legal challenges, borrowers may be faced with ongoing uncertainty as federal agencies and student loan servicing companies work to execute the logistics of the program.

Jason Delisle, senior policy fellow at the Urban Institute’s Center on Education Data and Policy, noted that among the share of borrowers who haven’t applied yet but plan to, it’s possible that many of those will find out they don’t actually qualify for forgiveness, which could cause more confusion and even resentment going forward. “They’re going to be caught off guard by that,” he said of borrowers.

That could be especially true for borrowers who had certain privately held loans that initially could have qualified for forgiveness. In the first quarter of 2022, a total of 9.9 million borrowers held Federal Family Education Loans, of which about half are commercially held, and another 1.5 million held Perkins loans. These types of loans were initially going to be eligible for forgiveness if they were refinanced into a federally held Direct Loan, but in September the Education Department reversed course, making FFEL and Perkins loans that were commercially held no longer eligible for the program.

Adults with federal student loans who plan to apply for the Biden administration’s forgiveness program were asked if the following were reasons they hadn’t applied yet:

Survey conducted Nov. 18-21, 2022, among a representative sample of 4,421 U.S. adults, including 284 U.S. adults with federal student loans who plan to apply for the Biden administration’s forgiveness program but haven’t yet, with unweighted margins of error of +/-1 percentage point and +/-5 percentage points, respectively. Figures may not add up to 100% due to rounding.

Scott Buchanan, executive director of the Student Loan Servicing Alliance, a trade association that focuses on student loan servicing issues, said servicers weren’t provided any information on the program beyond what was in the August press release from the Department of Education, and they had to rely solely upon the announcement in terms of their communications with borrowers. “It’s challenging for us, because when the borrower calls and says, ‘Hey, can you further explain this program?’ and we don’t have any more information than the borrower has, I imagine that’s going to create some confusion,” he said.

Prior to the announcement of the forgiveness program in August and with the end of the pause on student loan payments looming at the end of that month, Buchanan told The Wall Street Journal that servicers were directed by Education Department officials not to contact borrowers about their upcoming payments.

Once borrowers graduate and begin making payments on their student loans, their main point of contact becomes the student loan servicer. But Buchanan noted that in this instance, the Department of Education has contacted borrowers directly about the forgiveness program

“It has asked them to sign up for updates with the department directly, not through the servicer. And we weren’t part of any of the development of those communications on the program itself, nor the application,” he said.

Neither the Department of Education nor the White House responded to requests for comment.

A majority of borrowers overall (58%) reported being confused if they qualified for any student loan forgiveness programs, and for those who have applied, 51% said they had trouble understanding the status of their forgiveness. Roughly 2 in 5 borrowers overall (41%) also reported having trouble in the past working with servicers.

Adults with federal student loans were asked if they have ever had issues with the following:

Survey conducted Nov. 18-21, 2022, among a representative sample of 4,421 U.S. adults, including 677 U.S. adults with federal student loans, with unweighted margins of error of +/-1 percentage point and +/-3 percentage points, respectively.

An official with the Consumer Financial Protection Bureau told Morning Consult that they are skeptical that the complexity of the program can, on its own, account for the confusion or uncertainty that borrowers are experiencing as they navigate through the repayment process.

The CFPB official said it is important that customers are getting the correct information from servicers, adding that they “play a key role in providing borrowers with accurate and actionable information that’s tailored to their circumstances.”

The official also noted that the CFPB has documented instances demonstrating that “no matter what federal student loan program we’re talking about, whether it’s Public Service Loan Forgiveness or income-driven repayment, or even some of the newer programs like the limited PSLF waiver, servicers dropped the ball on giving people the information that they need.” The official pointed to borrower complaint descriptions in the CFPB database that demonstrate servicing employees are sometimes “missing basic facts about the programs that are actually publicly available.”

The CFPB official said the issue is concerning for the agency because incomplete or incorrect information can stymie a borrower’s ability to benefit from the programs, and noted that the CFPB routinely monitors servicer conduct and can require remediation.

“If a company isn’t delivering on its core service, that’s a failure,” the official said.

Buchanan suggested that when borrowers make a complaint that they’ve received inaccurate information, an investigation into the individual’s complaint may reveal that there was a misunderstanding of facts that needed to be clarified with the borrower. In the case of the loan forgiveness program, he said that when borrowers reached out to servicers with questions about eligibility, “our answer has to be, ‘I don’t know if you’re eligible, because I haven’t seen the details of the program yet.’” Buchanan maintained that servicers may be providing correct information but it’s “not what the borrower wants to hear.”

“Oftentimes, that perception is that we’re preventing them to access things, when in fact, the reality is we’re enforcing the law,” Buchanan said.

Federal student loan borrowers were asked in the Morning Consult survey about their experiences working with servicers, and a third said that communication with them has been unclear. Roughly equal shares said contacting servicers and getting help from them is not easy.

Delisle noted that even prior to the current administration, borrowers experienced frustration and confusion around federal student loans. The implementation of President Joe Biden’s program may leave some borrowers feeling as if there’s been a “bait and switch,” he said, especially if they apply expecting to be granted forgiveness only to find out they didn’t qualify.

“None of this is helping that,” Delisle said, adding that he thinks “it’s certainly making it worse.”

Buchanan concurred. “Better planning on these major announcements is absolutely essential,” he said, noting that servicers had the same issues when trying to implement changes to other federal student loan programs, including changes to the PSLF waiver and income-driven repayment plans. “Those programs were announced without any sort of behind-the-scenes work with the servicers on how that was going to be implemented.”

Adults with federal student loans were asked how well the following described how they feel about the hold placed on President Biden’s plan to cancel some student loans:

Survey conducted Nov. 18-21, 2022, among a representative sample of 4,421 U.S. adults, including 677 U.S. adults with federal student loans, with unweighted margins of error of +/-1 percentage point and +/-3 percentage points, respectively. Figures may not add up to 100% due to rounding.

All borrowers’ eyes will be on the Supreme Court in February, when it hears oral arguments from the Biden administration in a case to determine if the White House had the authority to create the forgiveness plan under the HEROES Act of 2003, which the administration said granted it the legal authority to forgive debt in response to “a devastating pandemic.” For millions with student loans, the court’s decision will put tens of thousands of dollars of debt on the line.

Despite the uncertainty of the past several months regarding the program, federal student loan borrowers are relatively optimistic that the Biden administration will prevail, at least in part: About a third believes the plan will move forward as is, while another third thinks there will be forgiveness, albeit with some changes to the program.

About 1 in 5 borrowers, meanwhile, believe the Biden administration will not be able to cancel any debt.