13 Years After ‘Avatar,’ More Than Half of Americans Still Plan to See Its Sequel

More U.S. adults plan to see ‘Avatar: The Way of Water’ in theaters than any other upcoming big-budget release, per Morning Consult data 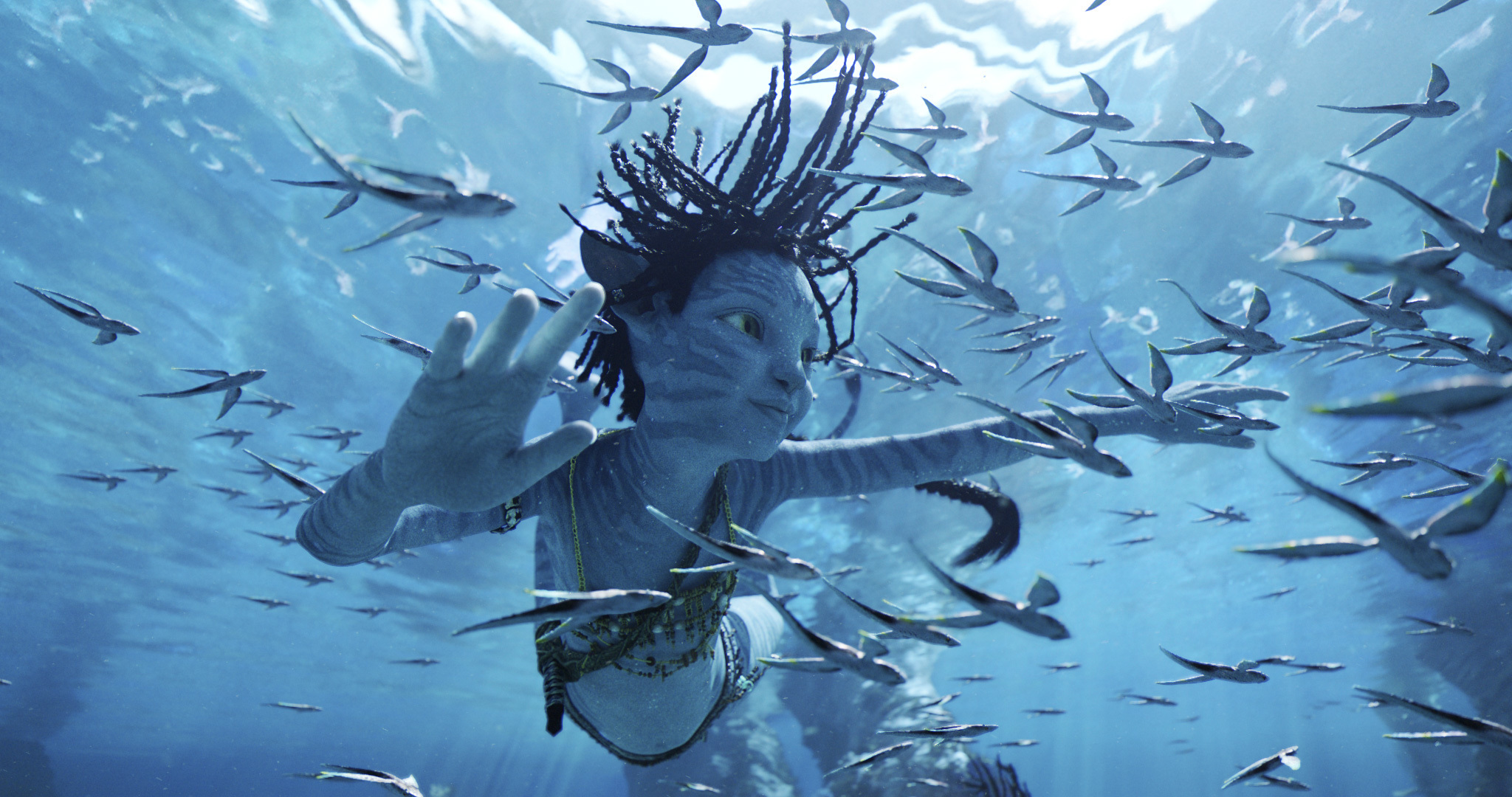 About 1 in 5 U.S. adults said they plan to see "Avatar: The Way of Water" in theaters, according to a new Morning Consult survey. (Courtesy of Walt Disney Co.)
By Saleah Blancaflor

When James Cameron’s “Avatar” came out in 2009, the innovative sci-fi epic quickly became the highest-grossing film of all time. Thirteen years later, its sequel — one of the most expensive films ever made — is poised to strike gold again.

“Avatar: The Way of Water,” out Friday in the United States, has earned early praise from critics as a worthy sequel and is projected to generate between $150 million and $170 million at the domestic box office this weekend.

New Morning Consult data has more good news for the movie’s financial — and cultural — prospects. Well over half of U.S. adults (58%) said they plan to see “Avatar: The Way of Water” either in theaters or when it’s available at home, while about 1 in 5 (21%) plan to see it in theaters specifically.

1 in 5 Americans Plan to See ‘Avatar: The Way of Water’ in Theaters

U.S. adults were asked how they plan to first watch the following upcoming big-budget films:

Streaming is still the preferred viewing method for “Avatar: The Way of Water”

U.S. adults were asked in what kind of theater they would most like to see the following upcoming big-budget movies:

Survey conducted Dec. 8-10, 2022, among a representative sample of 307-454 U.S. adults who said they planned to see the films in theaters, with unweighted margins of error ranging from +/-5 percentage points to +/-6 percentage points. Figures may not add up to 100% due to rounding.

Interest in seeing “Avatar: The Way of Water” in a nonstandard theater nearly doubles that of standard ones

Stemming the tide of streaming

Despite a seemingly vocal minority of online skeptics, there is little doubt that Cameron’s sequel will perform well at the global box office. But it’s also clear that consumers increasingly prefer to watch films in the comfort of their homes — even one like “Avatar: The Way of Water,” which is the quintessential theatrical experience. If it can’t break that trend, nothing can.

“People now have really good sound systems and big screens at home,” Bruce Nash, founder and owner of the box-office tracker The Numbers, told Morning Consult. “They’re paying the money to subscribe to Disney+, which is presumably where [“Avatar: The Way of Water”] is going.”

Interest in nonstandard theatrical formats like IMAX and 3D provides a glimmer of hope for the theatrical industry against the inevitability of streaming. Home setups might be improving but they can’t replicate the experience of a film seen in a specialized format like IMAX, especially for films designed to be seen that way.

Imax Corp.’s revenue jumped 21% year over year to $68.8 million in the last quarter, thanks to films like “Top Gun: Maverick” and “Jurassic World Dominion.” Director Christopher Nolan, meanwhile, recently revealed that he worked with Eastman Kodak Co. to create a new type of film stock for his upcoming epic “Oppenheimer,” which will be the first IMAX movie to feature black-and-white footage.

The Dec. 8-10, 2022, survey was conducted among a representative sample of 2,213 U.S. adults, with an unweighted margin of error of plus or minus 2 percentage points.