Will U.S. Live Shopping Finally Have Its Moment in 2023?

New Morning Consult data, alongside thoughts from executives and experts, offers a nuanced answer for the nascent industry 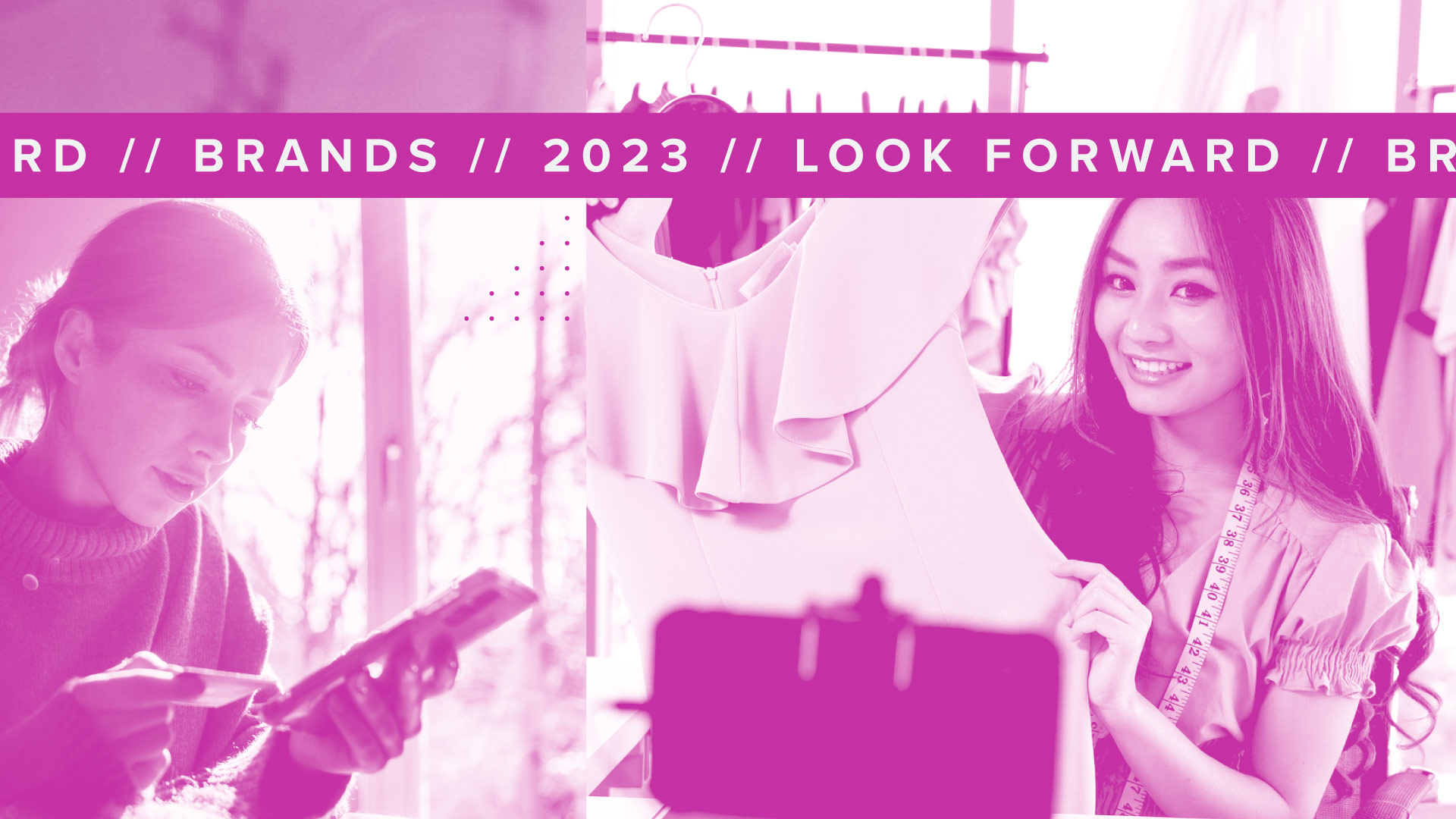 For some, live shopping — the e-commerce format still looking to gain a foothold in the United States — is simply the QVC-style home-shopping model adapted for the digital era.

But others believe it’s much more than that, including Maggie Adhami-Boynton, founder and chief executive of Canada-based live shopping platform ShopThing Inc., who described live shopping as the “intersection of entertainment and commerce.” Consumers engage with it in a “totally different manner” than other types of promotional content, she told Morning Consult.

More technically, live shopping is a sales strategy in which companies employ a host — often an influencer or celebrity — to promote a product through a real-time online video feed, from which consumers can directly purchase. Live shopping streams most often take place on social media apps like Meta Platforms Inc.’s Instagram and Alphabet Inc.’s YouTube, but they can be hosted just about anywhere, from third-party publishing platforms to brands’ and retailers’ own websites. Chat and reaction features, which allow viewers to interact with the host, are commonplace within these livestreamed events.

Successful in China since the mid-2010s, live shopping remains more of a mystery in Western markets, where its viability remains a major question, according to interviews with e-commerce experts and a new Morning Consult survey of U.S. consumers. But that hasn’t stopped some brands from betting on its growth as the retail industry enters 2023.

From beginning to boom

“Every generation is getting richer as China continues to develop, and consumers there are looking to cement or reinvent their identity, which frequently includes shopping for new products,” Moskowitz said. “They’re also still very much learning how to shop and evolve their tastes.”

Seeing items demonstrated in real time by live shopping hosts, many of whom receive support from Chinese talent agencies and are known for their unique personal brands, neatly satisfies both of these consumer desires.

“Commerce in China has really evolved alongside the internet, making shoppers there more likely to embrace burgeoning retail technologies than in other parts of the world,” he added.

The industry grew steadily until 2020, when the pandemic forced consumers to stay at — and shop from — home. It then didn’t take live shopping long to truly explode in China, culminating in an expected annual revenue of more than $500 billion this year.

Livestream shopping exists in the United States, just not nearly to the same extent as it does in China.

U.S. brands, retailers and social platforms began seriously experimenting with the format in 2020 as a response to the pandemic-induced e-commerce boom. Industry leaders Amazon.com Inc. and Walmart Inc. tested the waters almost immediately and found some success.

The format has attracted companies outside of the traditional retail landscape, too. Earlier this year, buy-now, pay-later platform Klarna Inc. launched a tool to connect shoppers to live, in-store brand representatives. Kevin Lindemann, Klarna’s director of social shopping products, said the fintech giant believes live shopping will grow in the United States as consumers “continue to shift their behaviors to blend their digital and physical worlds.”

But other outlooks are not as sunny.

Meta Platforms Inc.’s Facebook shut down its live shopping feature in October amid a broad shift in media consumption toward short-form video, dealing a significant blow to the format’s buzz. Some live shopping startups have also laid off staff as ongoing recession fears push brands back toward more reliable marketing activations.

Still, analytics firm Coresight Research Inc. predicts U.S. livestream shopping revenue will grow to $20 billion this year and $57 billion in 2025, up from just $6 billion in 2020.

Heading into 2023, a recent Morning Consult survey found that the emerging e-commerce method still has plenty of room to grow among typical American consumers.

Most Americans Have Never Heard of Live Shopping

Respondents were asked if they have seen, read or heard about live shopping events, if they have ever participated in one and what platforms they used to do so

Survey conducted Dec. 7-9, 2022, among a representative sample of 2,214 U.S. adults, including 421 adults who attended a live shopping event in the past year, with unweighted margins of error of +/-2 percentage points and +/-5 percentage points, respectively.

Despite Meta sunsetting its live shopping feature, Facebook was the go-to tested platform for adults who had live-shopped within the past year across almost every generation. The exception was Gen Z adults, who said they attended live shopping events most often via Instagram, another Meta-owned app.

Men were slightly more likely than women to say they have participated in a live shopping event, a notable difference considering that most live shopping activations have been focused in traditionally female-skewing categories like beauty and fashion.

Satisfaction was exceptionally high for recent live shoppers, according to the survey. Eighty-six percent of those who attended such an event in the past year said they were satisfied with their experience, including 47% who indicated they were “very satisfied.”

“Our average sale conversion rate hovers right around 10%, which is significantly higher than the broader e-commerce rate of 1% to 2%,” Moore said. ShopThing’s Adhami-Boynton said the same of sales conversion rates on her platform.

Experts in the space continue to cite the interactive, human elements of live shopping as reasons why it could have staying power in markets outside of China.

“We respond more to media that has movement and features people,” said Jordan Jewell, analyst in residence at VTEX, an e-commerce software provider.  “Live shopping satisfies both of those requirements and overcomes hurdles that traditional e-commerce has compared to brick-and-mortar retail.”

Respondents were asked if they would consider attending a live shopping event in the future, along with the shares of respondents who said they’d be interested in purchasing the following types of products through such an event:

“Making purchases through social media and other video platforms is essentially a native behavior for young people,” said Chris Bruderle, vice president of research and insights at the Interactive Advertising Bureau. He added that many tactile parts of shopping, such as trying on a product, aren’t as important to younger generations as they are to older ones.

Newer parts of the shopping experience are growing in importance for young people, like their desire to receive product recommendations and advice from influencers.

“The Gen Z consumer sees content creators as trusted friends,” Adhami-Boynton said. “They would rather shop by watching personal videos of people they love trying out products than have items pushed to them via traditional advertising.”

Still, given that about 2 in 5 U.S. adults (41%) indicated to Morning Consult that they wouldn’t consider participating in a live shopping event in the future, significant roadblocks in the market remain. The most prominent barrier is also the very reason many young people are attracted to live shopping: its association with social media.

Respondents who won’t consider attending a live shopping event in the future were asked to what extent the following reasons contribute to that position:

Survey conducted Dec. 7-9, 2022, among a sample of 901 U.S. adults who indicated they would not consider attending a live shopping event in the future, with an unweighted margin of error of +/-3 percentage points. Figures may not add up to 100% due to rounding.

More than half of respondents (54%) cited a lack of comfort with making purchases through social media as a major reason why they would not participate in live shopping events in the future. For comparison, less than 35% of respondents said product quality, seller integrity and shipping concerns were major issues.

Because America’s consumer culture didn’t develop alongside the internet, like China’s did, there is still an ingrained partiality to more traditional forms of shopping. E-commerce makes up more than half of all retail sales in China, while that figure remains under 20% in the United States.

“This is one of the first times the United States is copying China’s innovations, rather than the other way around,” Moskowitz said.

“If the form is to truly take off here,” Moskowitz said, “players, big and small, will have to adapt their platforms and business models to the American monolith.”

Expect a slow climb in the United States

Interest in live shopping is significantly higher among young people than older consumers, according to Morning Consult data. Industry experts agreed that Gen Zers and millennials are critical to the format’s growth in the United States. The cohorts’ high social media usage rates and more nuanced views of online privacy mean they’ll require less education and buy-in than older peers.

Still, most experts also agree that U.S. live shopping likely won’t ever reach the levels of engagement and spending seen in China.

“I don’t see the U.S. coming anywhere near China anytime soon, or ever,” said IAB’s Bruderle. “Culturally and geographically, the countries are just so different. Digital channels are much more important there — to commerce and to everyday life.”

McKinsey & Company Inc. predicts as much as 20% of all e-commerce sales could come through the format by 2026. Moore said TalkShopLive has seen embeds of its live shopping video player increase more than 2,000% year over year. The Los Angeles-based company was also recently selected to bring live shopping to ByteDance Ltd.’s TikTok, a move that could significantly boost the format given the platform’s popularity and influence.

Live shopping’s trajectory in the United States is shaping up to be more of a slow climb than a rocketing takeoff, as some previously predicted. But to those involved in the space, that’s just fine. The real win they’re after is the unification of a fragmented retail landscape.

“Live commerce connects brands, retailers, publishers, creators and consumers in a new and extremely engaging way,” Moore said. “E-commerce as a whole will be better for its presence.”