Disney’s latest Indiana Jones installment is the year’s most anticipated movie, according to Morning Consult data 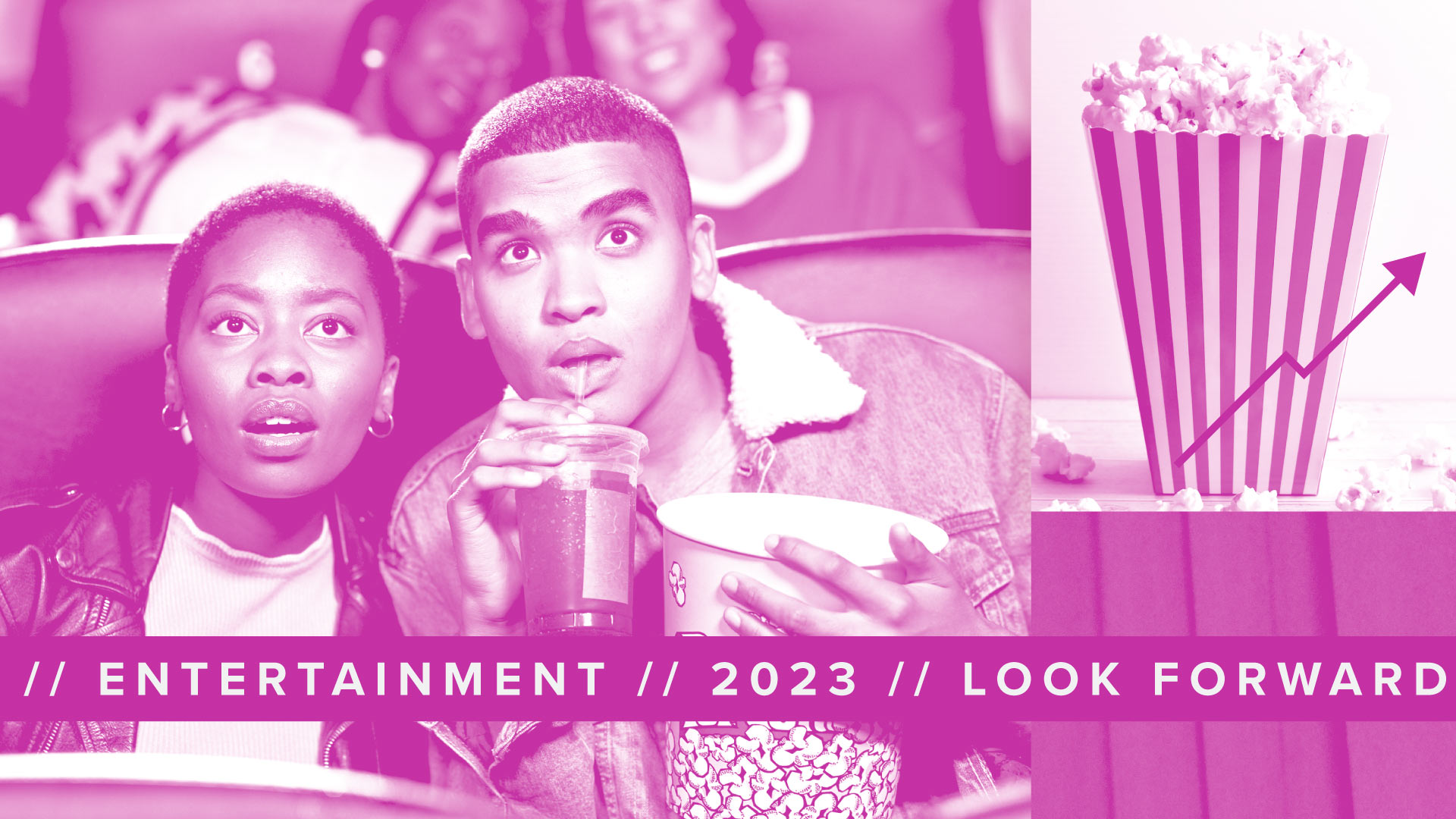 “Indiana Jones and the Dial of Destiny,” due out in June, is 2023’s most anticipated film among U.S. adults, according to Morning Consult data. (Getty Images / Morning Consult artwork by Chloe Phan)
By Saleah Blancaflor

While the domestic box office brought in billions of dollars this year, the movie theater industry is still trying to return to pre-pandemic levels of revenue as it enters 2023. The box office is expected to end 2022 with an estimated $7.5 billion, according to a report from box office tracker The Numbers, while next year could hit $8.6 billion — which is still 25% behind an average of the last three pre-pandemic years, per Variety.

But experts and analysts believe there are reasons for cautious optimism as Hollywood recommits to the theatrical business after experimenting with simultaneous and streaming-only releases the last two years as more consumers embraced watching movies at home.

“They realized the business doesn’t work as well without a movie theater component,” Phil Contrino, director of media and research for the National Association of Theatre Owners, told Morning Consult.

The theater industry will hope a slate of anticipated films can bring the masses back in a bigger way in 2023. Who should Hollywood target then? A new Morning Consult survey reveals the demographic profile of a U.S. adult who saw a movie in a theater at least once in 2022 skews toward men and consumers ages 18 to 34.

Young Consumers, Men Went to the Movies in 2022

The demographic profile of U.S. adults who said they saw a film in theaters at least once in the past 12 months:

Survey conducted Dec. 10-14, 2022, among a representative sample of 1,294 U.S. adults who said they saw a film in theaters at least once in the past 12 months, with an unweighted margin of error of +/-3 percentage points.

“People aren’t going to the theaters anymore and that seems to be concentrated amongst older theatergoers,” said Bruce Nash, founder of The Numbers.

Despite the gap between the old and young, the new Morning Consult data adds evidence that year-over-year movie theater attendance should remain relatively steady overall in 2023: 59% of Americans said they plan to go to the movies at least once next year. Virtually the same share (58%) said they went to a theater at least one time in 2022.

To really make inroads toward returning to pre-pandemic levels, though, Hollywood will have to prove it still has the power to create vivid pop culture moments at the cineplex.

This year offered some examples to learn from: “Top Gun: Maverick” and “Minions: The Rise of Gru” were two of the year’s highest-grossing films at the domestic box office — garnering more than $715 million and $365 million, respectively, while attracting a wide range of audiences. According to Variety, 55% of moviegoers who saw “Top Gun: Maverick” in theaters were 35 years and older. Meanwhile, Gen Zers were a significant driver of “Minions: The Rise of Gru’s” success, along with parents and children under the age of 10.

The films “captured two audiences that the industry was still really waiting to see come back in big blockbuster numbers — adults and families with little kids — and those two delivered over the summer,” said Shawn Robbins, chief analyst at BoxofficePro.com.

While delays of titles this year may have cost the theater industry $1 billion, these postponements could strengthen the 2023 box office.

Robbins said theaters are encouraged by next year’s release calendar, particularly the steady cadence of premieres that should help to avoid the awkward gaps seen at theaters in 2022. He also pointed to titles that should help bring families out, including “The Super Mario Bros. Movie” and Pixar’s “Elemental.”

January will likely be quiet as studios largely steer clear of “Avatar: The Way of Water,” which earned $134 million in North America its opening weekend. But the horror movie “M3GAN,” which has built viral attention on social media due to its titular doll, could do well before the blockbusters arrive in the spring and summer.

U.S. adults were asked how interested they are in seeing the following films:

The Walt Disney Co.’s “Indiana Jones and the Dial of Destiny,” due out in June, is 2023’s most anticipated film, according to Morning Consult data, followed by March’s “John Wick: Chapter 4” and “Spider-Man: Across the Spider-Verse,” which will also be released in June.

One weekend already circled on the experts’ calendars: July 21, when both “Barbie,” which stars Margot Robbie and Ryan Gosling, and “Oppenheimer,” the latest tale from director Christopher Nolan, hit theaters.

“It’s one of those classic counter-programming weekends, where fairly big movies with big names behind them can appeal to two different audiences,” Robbins said. “We would see that a lot before the pandemic but not as much in the last couple of years.”

Contrino agreed: “That’s exactly what you want in a diverse slate. You want something on both extremes.”

About 1 in 5 adults (19%) said they are interested in seeing “Barbie” and “Oppenheimer,” according to the Morning Consult survey. While 14% of respondents said they’ve never heard of the “Barbie” movie, 38% said the same about “Oppenheimer,” which stars Cillian Murphy. The data suggests the projects’ marketing campaigns still have plenty of work to do ahead of the release date.

And the power of marketing around worthwhile films still can’t be underestimated, experts said. Contrino pointed to 2022 success stories like “Smile” and “Everything Everywhere All at Once,” a $25 million picture that brought in $100 million worldwide thanks to strong reviews and word of mouth.

“If a movie is good and the marketing connects, people don’t really care what time of year it is or what the weekend is,” Contrino said. “They’re going to see it, and that’s a lesson Hollywood needs to relearn a little bit.”