49% of voters hold negative opinions of the California Republican, up from 43% the previous week 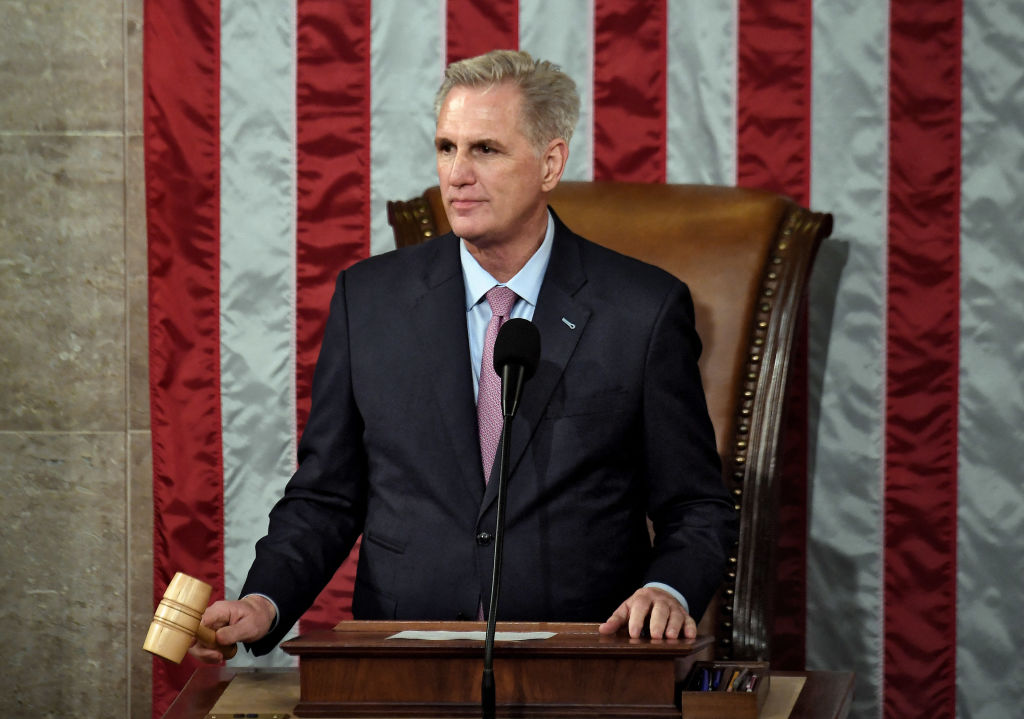 California Republican Kevin McCarthy’s ascent to the speakership has dragged down his popularity as he’s been introduced in recent weeks to a larger swath of the electorate, but Morning Consult tracking surveys show the latest tumult has yet to weigh on perceptions of the wider Republican membership on Capitol Hill.

*Net favorability is the share of voters with favorable views minus the share with unfavorable views.
Weekly surveys conducted among representative samples of roughly 2,000 registered voters each, with unweighted margins of error of +/-2 percentage points.

How McCarthy’s standing could weigh on his speakership

The Jan. 5-8 survey, conducted as the House narrowly elected McCarthy speaker after days of a messy and highly public airing of grievances by conservative detractors, shows Washington’s top Republican is a fairly divisive figure among the party’s base, though he is more popular than the other chamber’s leading Republican, Senate Minority Leader Mitch McConnell of Kentucky.

McCarthy’s middling popularity leaves little public incentive for Republican lawmakers who hail from safe districts to stand by him should he cross them, and the lack of awareness from roughly a quarter of the party’s base leaves ample opportunity for his detractors to define him in a negative light.

While the long-term impact of public opinion on McCarthy’s speakership will come into fuller view as he engages in what’s expected to be a fierce fight over raising the debt limit later this year, the latest survey does reveal that last week’s episode on the House floor did seep into the public’s consciousness — to poor effect.

Share of voters who said they had seen, read or heard something positive or negative about the following over the past week:

Weekly surveys conducted among representative samples of roughly 2,000 registered voters each, with unweighted margins of error of +/-2 percentage points.

The speaker fight’s impact on buzz

The latest Morning Consult survey was conducted Jan. 5-8, 2023, among a representative sample of 1,977 registered voters, with an unweighted margin of error of plus or minus 2 percentage points.