46% plurality of voters said they support Republican legislation to rescind billions in fresh funding from the Inflation Reduction Act, including more than a third of Democrats and half of high-earners 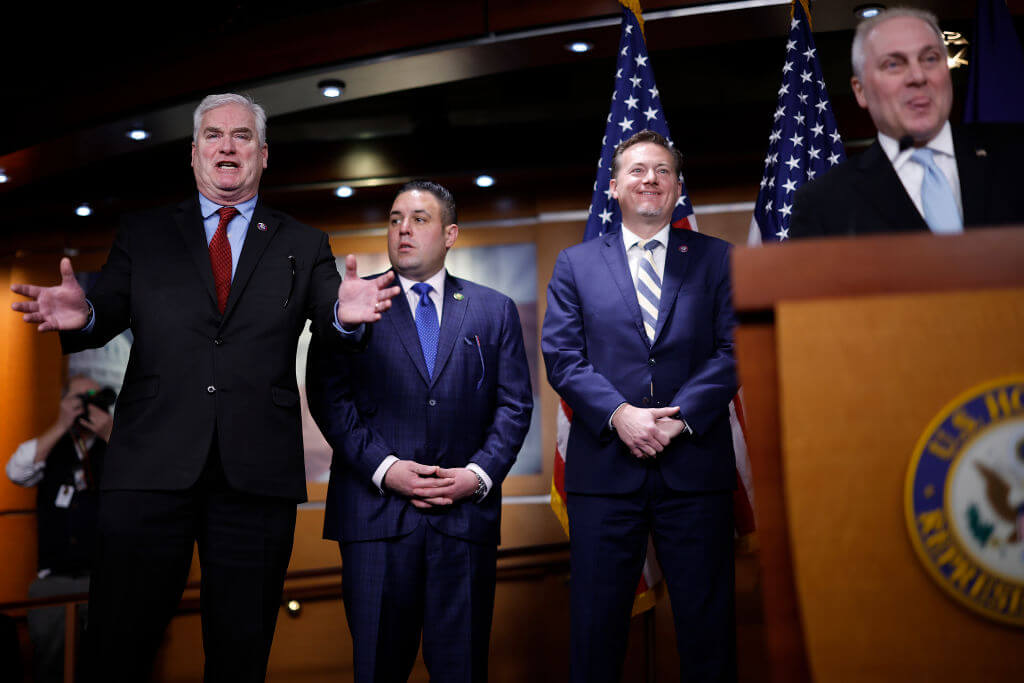 As one of their first orders of business after gaining the majority in the House of Representatives, GOP lawmakers proposed legislation to cancel most of the $80 billion in new funding over 10 years earmarked in the Inflation Reduction Act for the Internal Revenue Service. A new Morning Consult survey finds that just under half of voters support the bill.

Survey conducted Jan. 9-11, 2023, among a representative sample of 2,001 registered voters, with an unweighted margin of error of +/-2 percentage points. Figures may not add up to 100% due to rounding.

GOP’s bill to defund the IRS is unlikely to become law, but the right’s campaign rolls on

After struggling for a week to elect a speaker of the House, the Republican party quickly united over a proposed bill that would strip the IRS of most of the $80 billion in new funding provided to it by the Inflation Reduction Act, the bulk of which will be used for increasing the recovery of uncollected tax revenues and shoring up its auditing capacity. The House passed the bill Monday night along party lines.

The bill has virtually no chance of passing in the Democrat-controlled Senate, and would be vetoed by President Joe Biden if it did reach his desk.

The IRS defunding bill is the latest escalation by the Republican party in its public battle against the agency, as the party seeks to fan fears of increased audits among lower- and middle-class taxpayers, and make good on midterm campaign promises to crack down on the agency. Most recently, the campaign has included calls for abolishing the agency altogether.

In May 2021, the Treasury circulated figures from the IRS that suggested that the funding could be used to bolster IRS staff by 87,000 employees. GOP lawmakers have seized on that figure, inaccurately suggesting that all of those staff would be auditors, and using IRS job postings for law enforcement positions to fuel talking points that tens of thousands of those new employees would be carrying firearms.

The Congressional Budget Office released estimates Monday showing that while the GOP’s defunding bill would save $71 billion, forgone income from tax revenue would total almost $186 billion, resulting in a net $114 billion increase in deficits over the next 10 years. House Republicans pushed back on those claims, arguing that the actual totals of uncollected tax revenues were highly disputed, and that when auditing large corporations, the “IRS failed to bring in money to the Treasury from those audits nearly 50 percent of the time.”

The Jan. 9-11, 2023, survey was conducted among a representative sample of 2,001 registered voters, with an unweighted margin of error of plus or minus 2 percentage points.