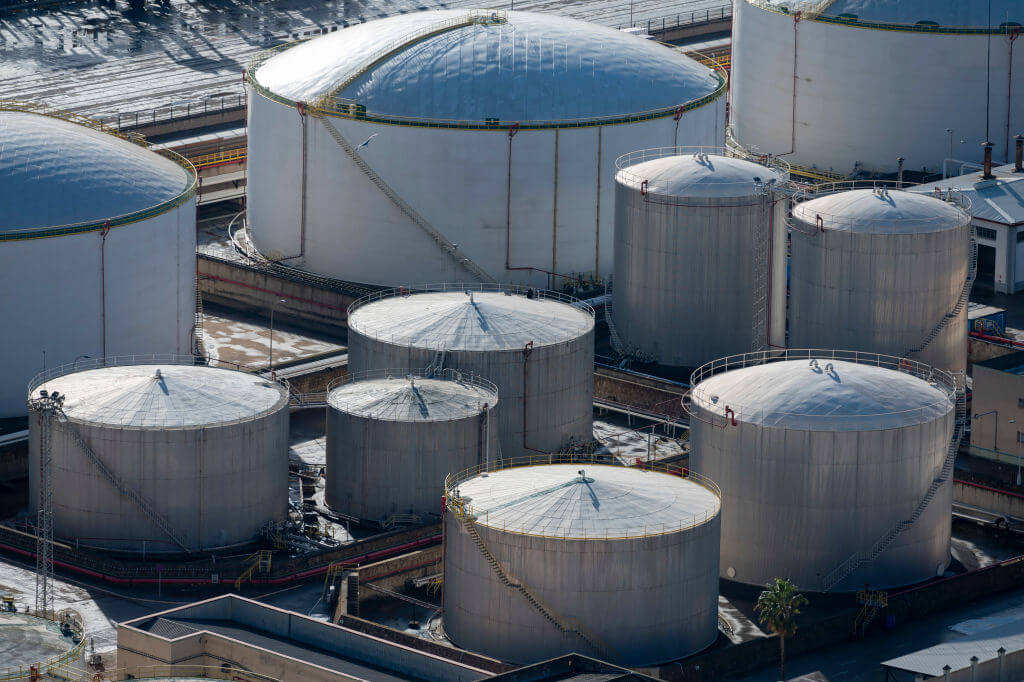 Storage tanks at the Liquefied Natural Gas terminal in December 2022 at the port of Barcelona. (Josep Lago/AFP via Getty Images)
By Matthew Kendrick

Europeans in 11 of 13 nations surveyed daily by Morning Consult have become more optimistic about their nations’ trajectories over the past three months, as a mild winter and continental coordination on natural gas supplies appear to have averted the worst potential outcomes.

Surveys conducted among representative samples of at least 609 adults in each country, with unweighted margins of error of +/-1 to 4 percentage points.

Many analysts foresaw a difficult winter for Europe in 2023 as sanctions on Russian energy exports put multiple governments in a tight spot following decades of accrued reliance on Moscow’s natural gas during the winter heating season.

In the ensuing months, E.U. leaders demonstrated the kind of close coordination experts said they would need to weather the crisis, finding consensus during tough negotiations on cutting consumption and imposing a price cap on Russian imports. But they also got lucky — longer-term climate change consequences notwithstanding — with unusually mild winter weather that has sent demand plummeting. Natural gas prices slipped below where they stood when Russia invaded Ukraine in February 2022, having tumbled through autumn.

The upshot is that many Europeans now feel at least a little better about their nation’s prospects than they did in October, with particularly large improvements in countries that risked the most by cutting off Russian imports. That said, in every country surveyed, the share of respondents who say their nation is on the wrong track still exceeds the share who say the opposite.

Norway and France buck the trend

The only nation that is likely unhappy to see the decline in natural gas prices is Norway, which stood to make tidy profits off elevated demand for natural gas as the European Union cut off its main competitor. Norwegians are 5 percentage points less likely to say their country is on the right track now than in the autumn survey

France also saw a more modest decline in optimism of 3 percentage points, but France sources roughly 40% of its energy from nuclear power, and is significantly less reliant on natural gas than its peer economies in Europe. That means what made for good news in other countries likely had less of an impact on French attitudes than, for example, major labor upheaval or French President Emmanuel Macron’s controversial effort to change the national pension system.