Nearly Half the Public Thinks the Country Is in a Recession. Another Quarter Expect One Within a Year

Almost a third of U.S. adults are actively preparing for an economic downturn, while half say they want to prepare for a recession but can’t 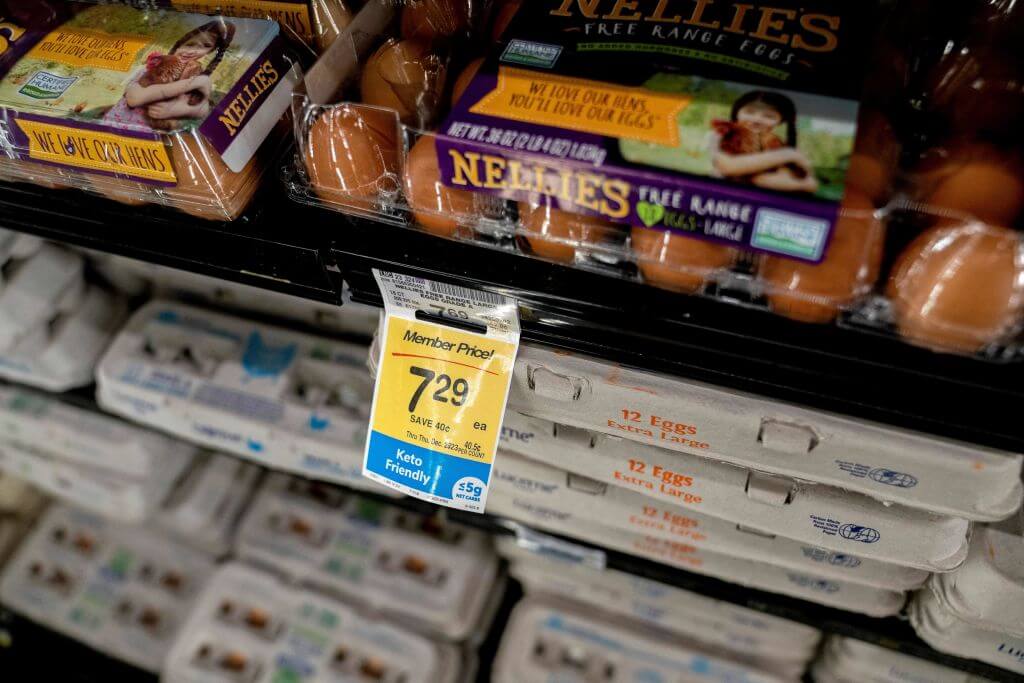 Eggs are pictured at a grocery store in Washington, D.C., on Jan. 19, 2023. A Morning Consult survey found that 46% of U.S. adults think the country is currently in a recession, and another 25% expect one within a year. (Stefani Reynolds / AFP via Getty Images)
By Amanda Jacobson Snyder

As economists chew on the latest data showing falling retail sales, slowing inflation and signs that the sizzling labor market is starting to cool, a new Morning Consult survey finds that 46% of U.S. adults believe the country is currently mired in a recession, while another 25% expect one within the next year.

Respondents were asked if they think the United States is …

Inflation may be losing steam, but so are consumers

While the latest economic data may be offering some signs of relief from inflation, possibly even leading some Federal Reserve officials to consider tapping the brakes on their interest rate hike strategy, consumers are still feeling the burn of rising prices and pulling back on spending. Morning Consult’s latest consumer spending report noted a 4.3% decline in spending in December, with 21.3% of U.S. adults saying their monthly expenses exceeded their monthly income.

For many consumers, the price of basic necessities may be feeding into their recession perceptions. The dramatic rise in the price of eggs has made the rounds on social media and news outlets, and in the open-ended response portion of the survey, the prices of gas and groceries were frequently mentioned as a financial challenge, including a Gen X woman who wrote that “grocery costs are crazy right now.”

The Jan. 13-15, 2023, survey was conducted among a representative sample of 2,206 U.S. adults, with an unweighted margin of error of plus or minus 2 percentage points.