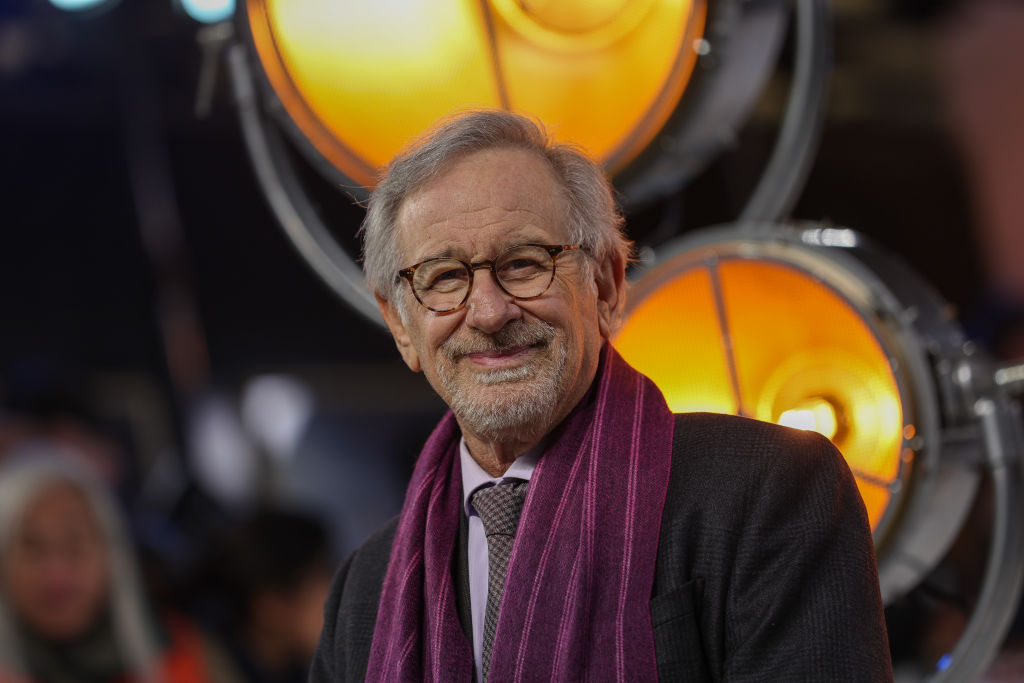 Director Steven Spielberg attends "The Fabelmans" U.K. premiere at the Curzon Mayfair on Jan. 18 in London. Spielberg ranked as the top filmmaker among both U.S. adults and avid film fans, according to a new Morning Consult survey, (Mike Marsland/WireImage)
By Saleah Blancaflor

With a rating of 71, Spielberg finished 9 percentage points ahead of the second-place finisher, Clint Eastwood, whose long career as an actor likely aided his favorability as a director. Ron Howard, Tim Burton and Martin Scorsese rounded out the top five.

Three of the other nominees for this year’s best director Oscar were also included in the survey: “The Banshees of Inisherin” director Martin McDonagh (ranked 59th out of 92), “Everything Everywhere All at Once” duo Daniel Kwan and Daniel Scheinert (77th) and “Tár” helmer Todd Field (85th).

Spielberg has already won two best director Oscars — one for 1993’s “Schindler’s List” and another for 1998’s “Saving Private Ryan.” “The Fabelmans” is his most personal yet, a coming-of-age drama chronicling how the director fell in love with filmmaking.

Whether or not Spielberg wins his third trophy on March 12, he’s already won the hearts of Americans.

*Net favorability rating is the share of respondents with a favorable opinion of each director minus the share with an unfavorable view.
Survey conducted Jan. 14-15, 2023, among a full representative sample of 2,204 U.S. adults, including a subset of between 970 and 1,111 respondents who were shown a portion of a complete list of 92 directors, with an unweighted margin of error of +/-3 percentage points.

Steven Spielberg is the king of directors, Americans say

Where Hollywood’s most popular directors are headed next

It’s not entirely surprising that Spielberg and other veteran filmmakers dominated the list of top directors, especially among older generations and avid film fans. While “The Fabelmans” has underperformed at the box office, it was praised by critics, while the awards-season attention could bring new eyeballs to it. The film moved up to No. 4 on the video-on-demand charts following Spielberg’s win at the Golden Globe Awards earlier this month.

Christopher Nolan, who placed 18th among adults and 14th among avid film fans, will appear next in July with “Oppenheimer,” a big-budget biopic about the titular theoretical physicist who was instrumental in the creation of the atomic bomb. Scorsese’s crime drama “Killers of the Flower Moon” premieres on Apple TV+ later this year.

Francis Ford Coppola, the legendary director of “The Godfather” and “Apocalypse Now” who placed in the top 10 among both demographics, is in the midst of filming his first movie in more than a decade: “Megalopolis,” a sci-fi epic that’s reportedly been plagued with production problems. (He’s refuted those claims.) Luckily for Coppola, he’s already well-established as one of America’s favorites.

The Jan. 14-15, 2023, survey was conducted among a full representative sample of 2,204 U.S. adults, including a subset of between 970 and 1,111 respondents who were shown a portion of a complete list of 92 directors, with an unweighted margin of error of plus or minus 3 percentage points.