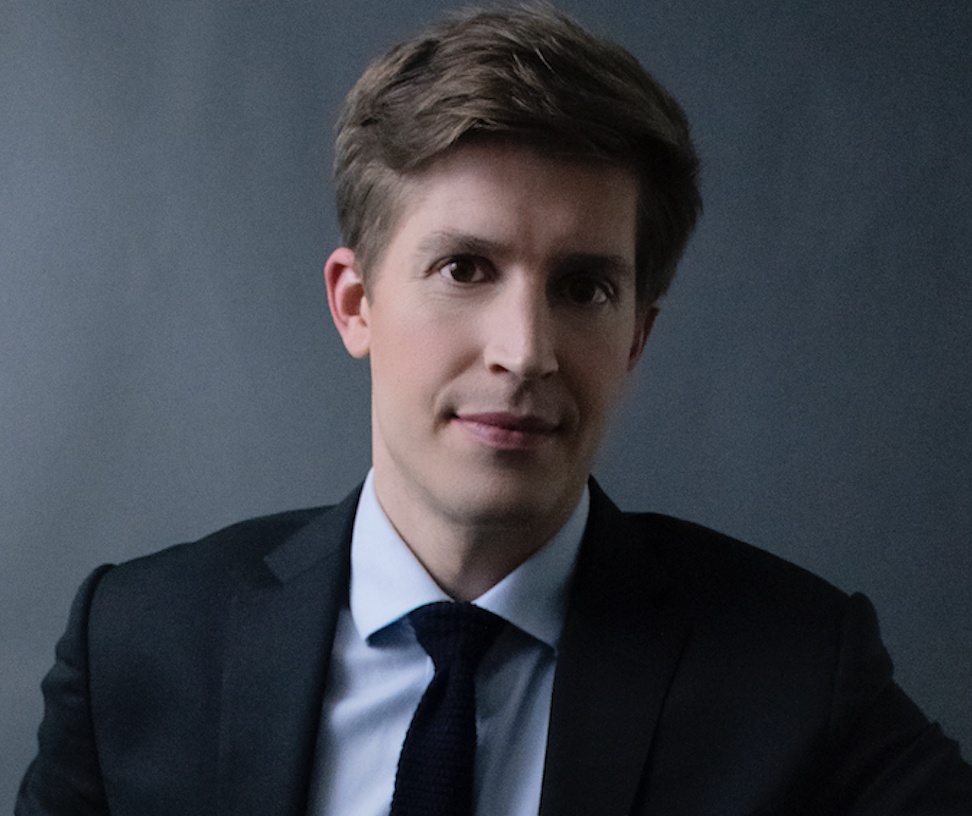 As a prominent scholar in survey research and data science, he co-founded Morning Consult in 2013 and leads the company’s research division, including its relationships with more than 250 Fortune 500 companies, media organizations and industry trade associations.

His 2015 landmark theory on “shy Trump voters” became a fundamental concept of 2016 election discourse, earning national attention and cementing Morning Consult as a “breakout company that broke the dam in 2016 polling,” according to Business Insider.

Previously, Dr. Dropp served as an assistant professor in the Department of Government at Dartmouth College and led Dartmouth’s Washington off-campus program from 2016 to 2018, teaching undergraduate courses in persuasion, government and applied data science.

Dr. Dropp received his Ph.D. in Political Science from Stanford University in 2013 and was a Visiting Associate Research Scholar at the Woodrow Wilson School of Public and International Affairs at Princeton University. Originally from Milwaukee, he attended the University of Wisconsin and worked in The Washington Post’s polling unit prior to graduate school.

Dr. Dropp is a member of Page Up for the Arthur W. Page Society, the Aspen Institute’s Vanguard Leadership Board, the Economic Club of Washington, D.C., the French-American Foundation’s Young Leaders Program, and the Public Affairs Council’s Board of Directors.

To contact regarding media or speaking inquiries, please reach out to press@morningconsult.com.

Polls have shown varying levels of support for President Donald Trump’s controversial, stalled executive order temporarily banning refugees and citizens from seven predominantly Muslim countries from entering the United States. A new Morning Consult study shows that how questions were phrased on the issue does little to affect voter sentiment.

Are there “shy Trump” voters? It’s a question that many have asked since Morning Consult released a blockbuster study during the primaries that showed GOP voters were less likely to say they support Donald Trump to a live interviewer than via a self-administered interview online. But will “shy Trumpers” play a large factor in the general election?

Following a caught-on-camera health scare for Hillary Clinton over the weekend, a new Morning Consult survey reveals widespread concerns about her health among registered voters.

For those who follow Morning Consult’s election polling, you may have noticed something different about our results today. We have shifted to likely voters. Through the election, Morning Consult will release likely voters results along with the broader registered voter population. Most pollsters do not release details describing how they created their likely voter model, which can make it […]

The Republican National Convention came in for criticism from many of the major media outlets. However, a new Morning Consult survey indicates the typical post-convention bump that a party tends to receive following its gathering.

Republicans are more likely to say they want Donald Trump in the White House if they are taking a poll online versus in a live telephone interview. And, if you’re a highly-educated or engaged Republican voter, it turns out that you’re far less likely to tell another human being you want Trump as president. That’s […]