BRAND INTELLIGENCE
Survey: Anthem-Kneeling One of the Most Divisive Issues for Consumers
Seven in ten Trump voters say they're less likely to spend money on brands that advocate for the rights of protestors

For the last couple years, Colin Kaepernick has been the face of a protest movement centered around kneeling during the national anthem. On September 3, Nike revealed he would also be the face of their new ad campaign.

Newly released Morning Consult survey research provides contextual insights into how consumers might react to this announcement, and other brands that take a stance on anthem-kneeling.

Overall, 33 percent of consumers are more likely to have a favorable opinion of a brand that advocates for the rights of protestors to kneel during the national anthem and 38 percent said they are less likely. However, as the chart below demonstrates, the reception to brands that take a position varies widely depending on the demographic, with Trump voters having the strongest negative reaction. 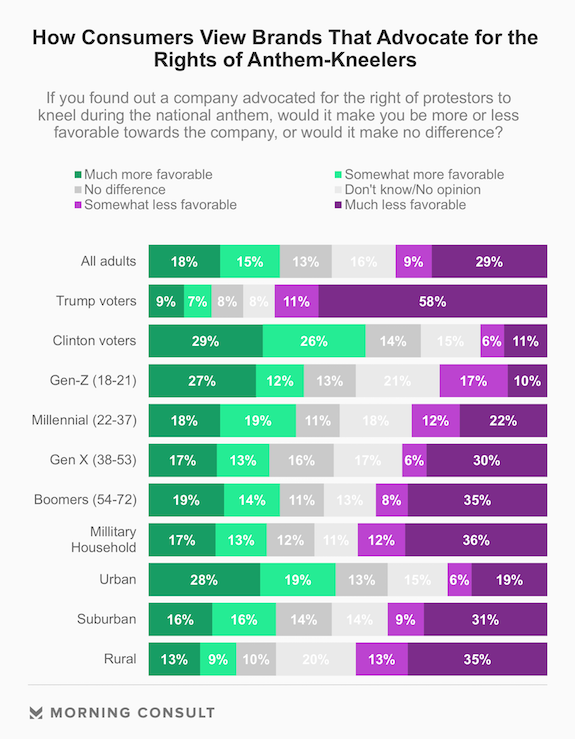 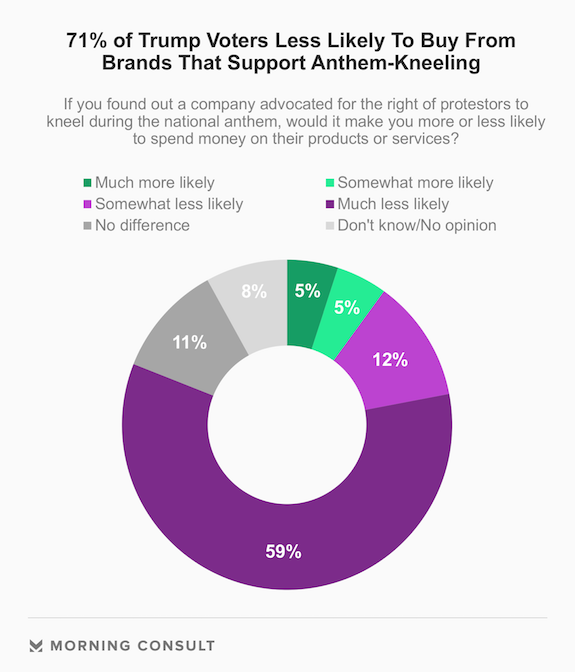 To put this data in perspective, supporting anthem-kneelers is the single-most animating issue tested among Trump voters.

The chart below gauges partisan enthusiasm around central political issues. Each data point represents the percentage of Trump voters who are either much more or much less likely to have a favorable opinion of a company if they took a certain position. 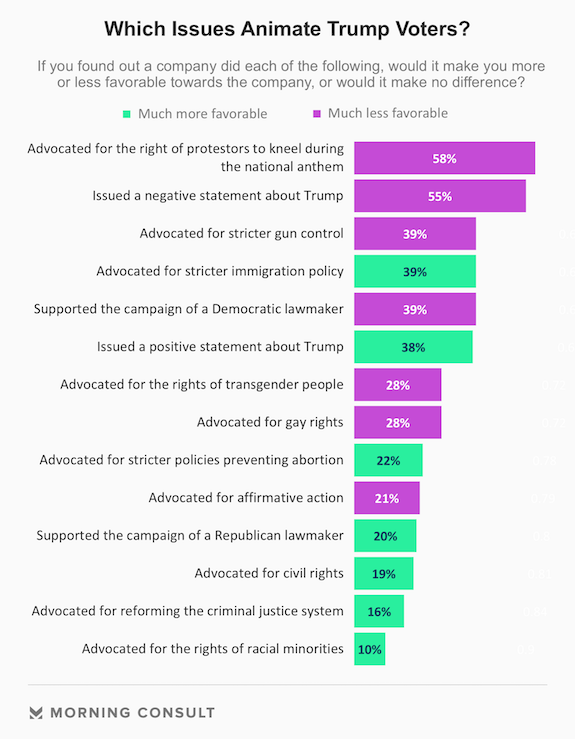 This data is drawn in part from a report that looks at how brands should navigate many of the most significant political and ethical issues in the Trump era. Download the full, free report below.