Morning Consult Political Intelligence is currently tracking the approval rating for governmental leaders in Australia, Brazil, Canada, France, Germany, India, Italy, Japan, Mexico, South Korea, Spain, the United Kingdom, and the United States. On a weekly basis, this page will be updated with the latest data for all 13 countries, offering real-time insight into the shifting political dynamics across the globe. Approval ratings are based on a seven-day moving average of adult residents in each country, and samples sizes vary by country.

NET APPROVAL FOR ALL LEADERS
The share of each country's residents that approve minus the share that disapprove of their respective head of state
Updated December 2, 2021 (Sample sizes vary; 7-Day Moving Average)*(In India, the sample is representative of just the literate population).

Jump to each leaders’ approval:

Daily global survey data is based on a 7-day moving average of all adults in a given country with a margin of error of between +/- 1-3%.

All interviews are conducted online, among nationally representative samples of adults. (In India, the sample is representative of the literate population).

Surveys are weighted in each country by age, gender, region, and, in certain countries, education breakdowns based on official government sources. In the United States, surveys are also weighted by race and ethnicity.Respondents complete these surveys in languages appropriate for their countries.

Get access to the largest unified dataset on elections, politicians, world leaders, and policy issues in the world. Morning Consult surveys nearly 4,000 likely voters every day in the United States and 11,000 globally to provide customers with data at the scale and speed needed to navigate the changing political landscape and assess political risk. 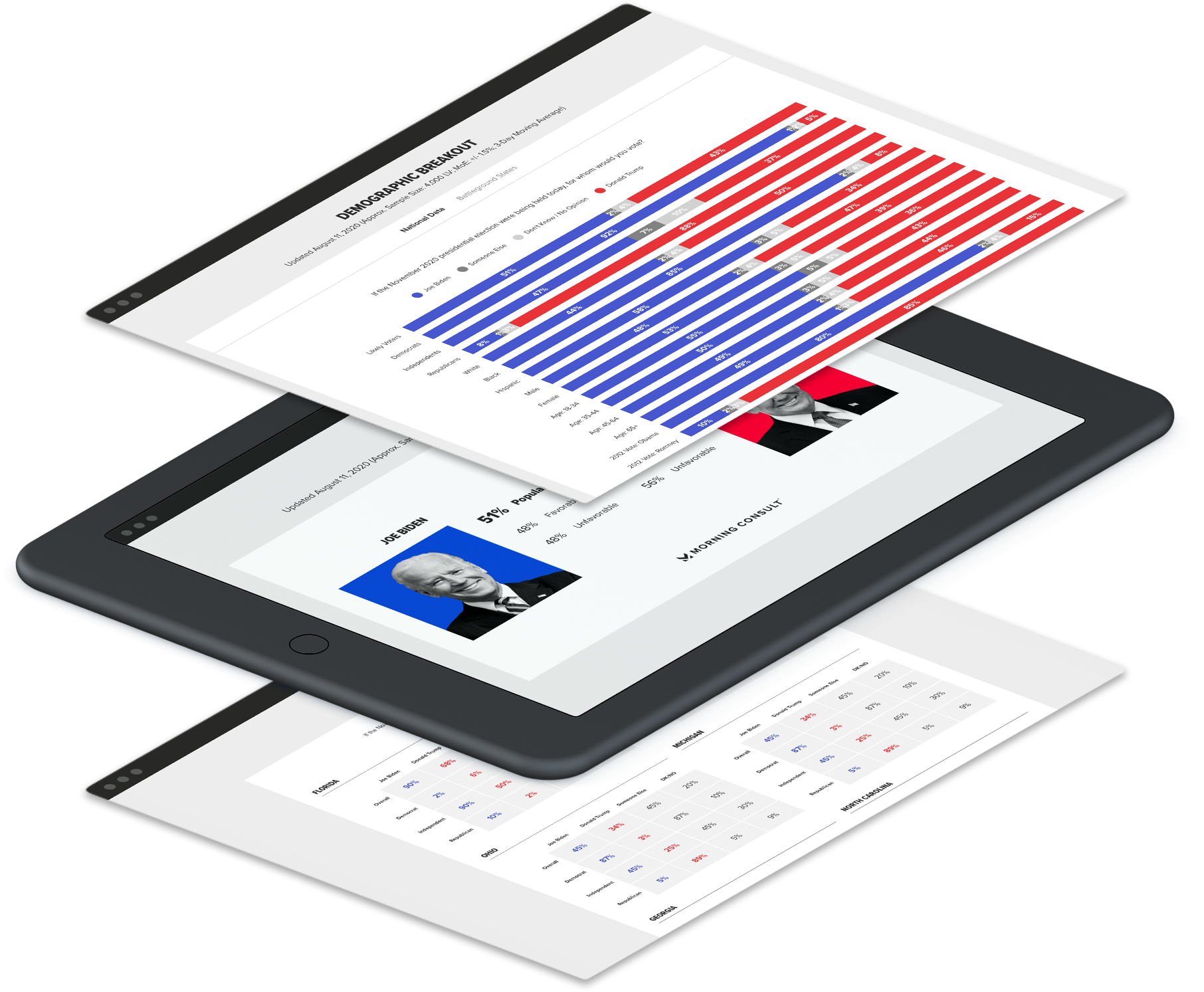