Young teens (13-16 years-old) are about as likely to use TikTok, the video-based social platform, as Facebook and Twitter, according to a new Morning Consult study of Gen Z and millennials aged 13-38.

-While older members of Gen Z (17-21 year-olds) are still much more likely to be Facebook and Twitter users, this divide is a stark illustration of how much the social media landscape differs even within generations.

-The study also highlights the degree to which the video game streaming platform, Twitch, is taking off, particularly with teenage boys. Forty-one percent of male Gen Zers say they use Twitch, as do 29 percent of Millennial men. 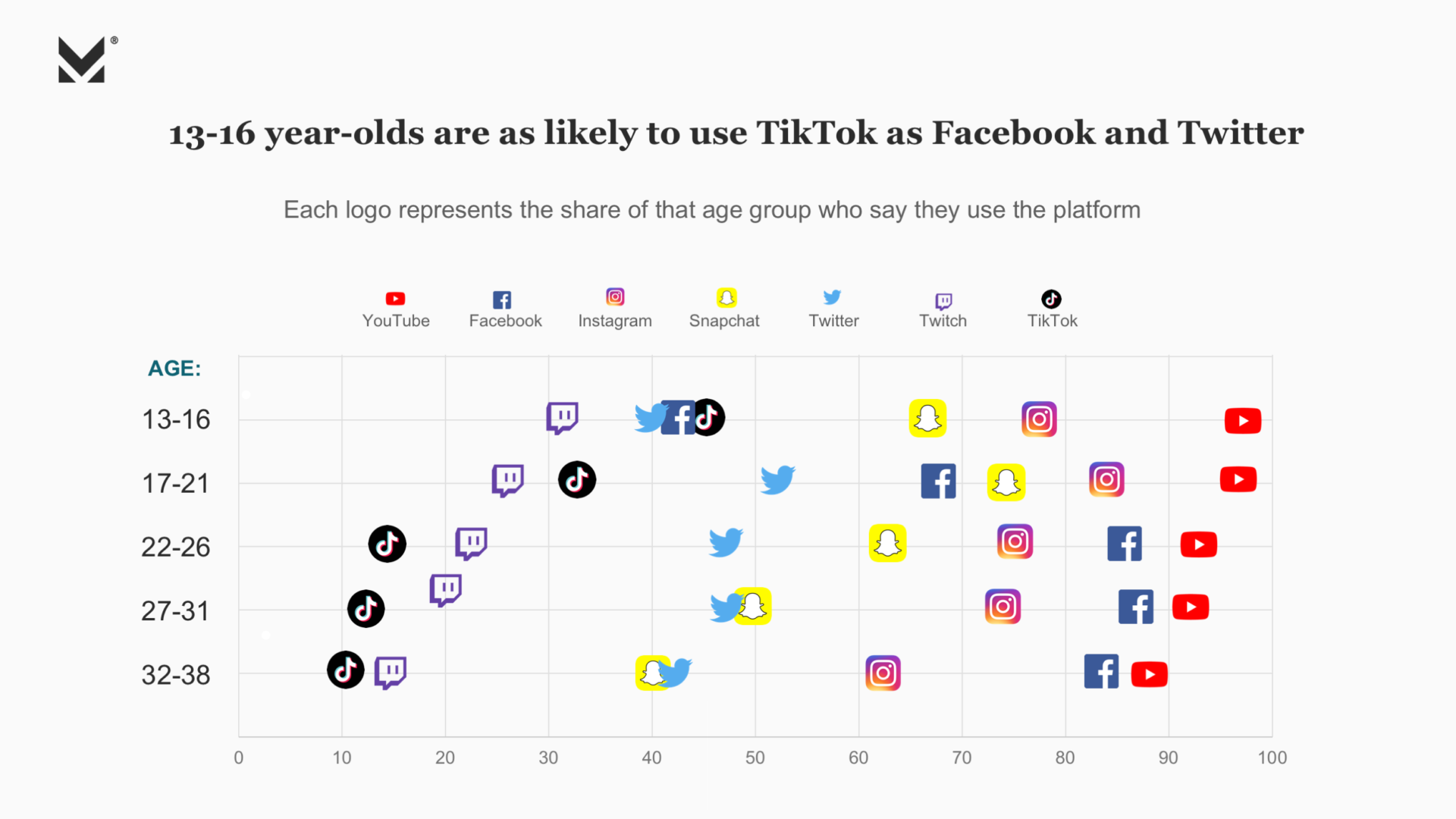 Morning Consult’s “The Influencer Report: Engaging Gen Z and Millennials” is an in-depth guide to how younger Americans interact with the new class of cultural tastemakers and social media platforms. Sign up to get the full report.