REPORT PREVIEW
For Men, YouTube is the Most Popular Platform for Following Influencers. For Women, it’s Instagram
Men turn to influencers for gaming content, while beauty and fashion lead the way for women.

Nearly three quarters of Gen Z and Millennials follow influencers, according to a new Morning Consult survey of 13-38 year-olds. And most of that engagement is taking place on two platforms: YouTube and Instagram.

-Gen Z also doesn’t turn to Facebook when it comes to influencers – only three percent say it’s their favorite, a far lower share than Millennials (23 percent). 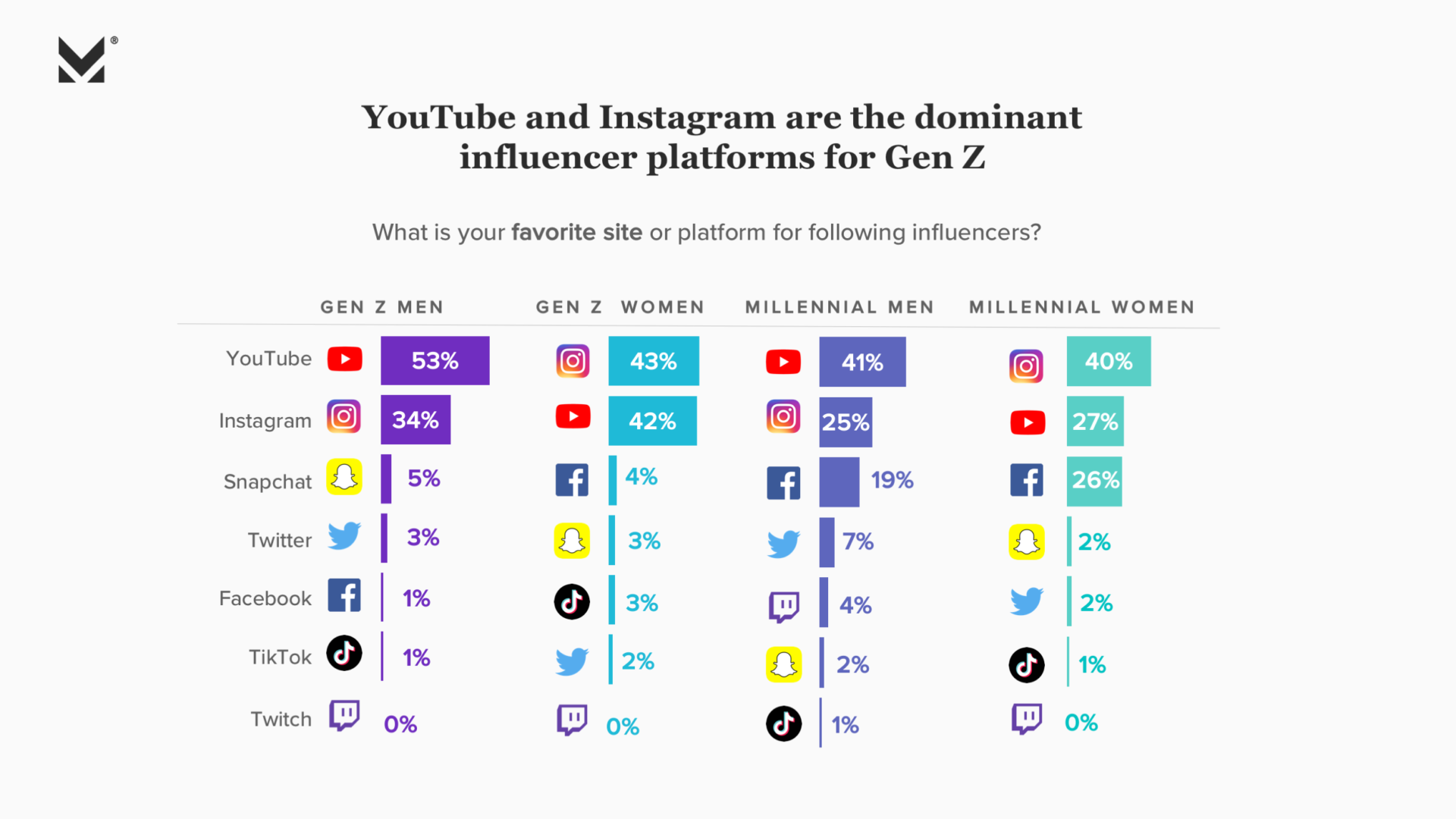 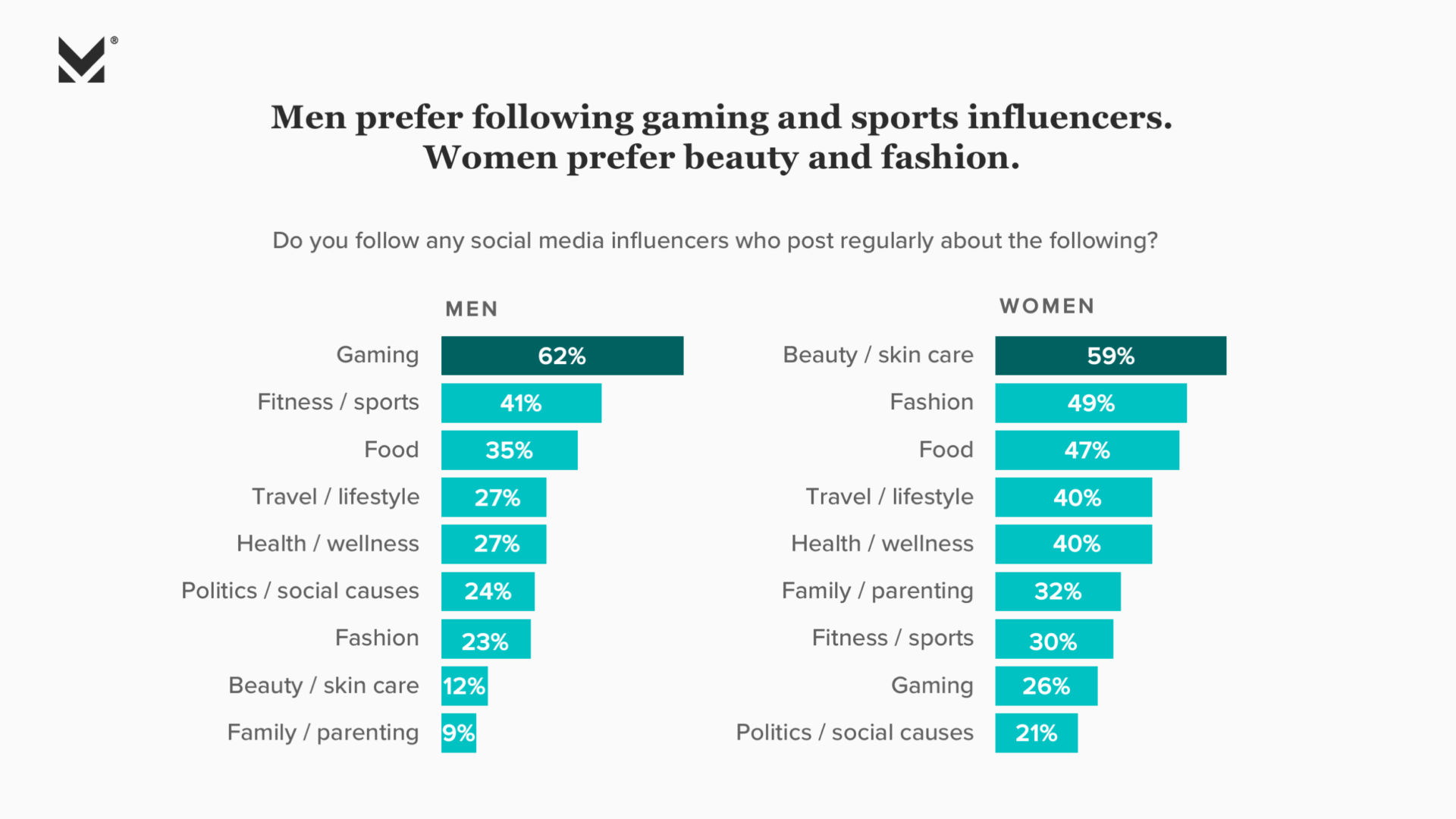