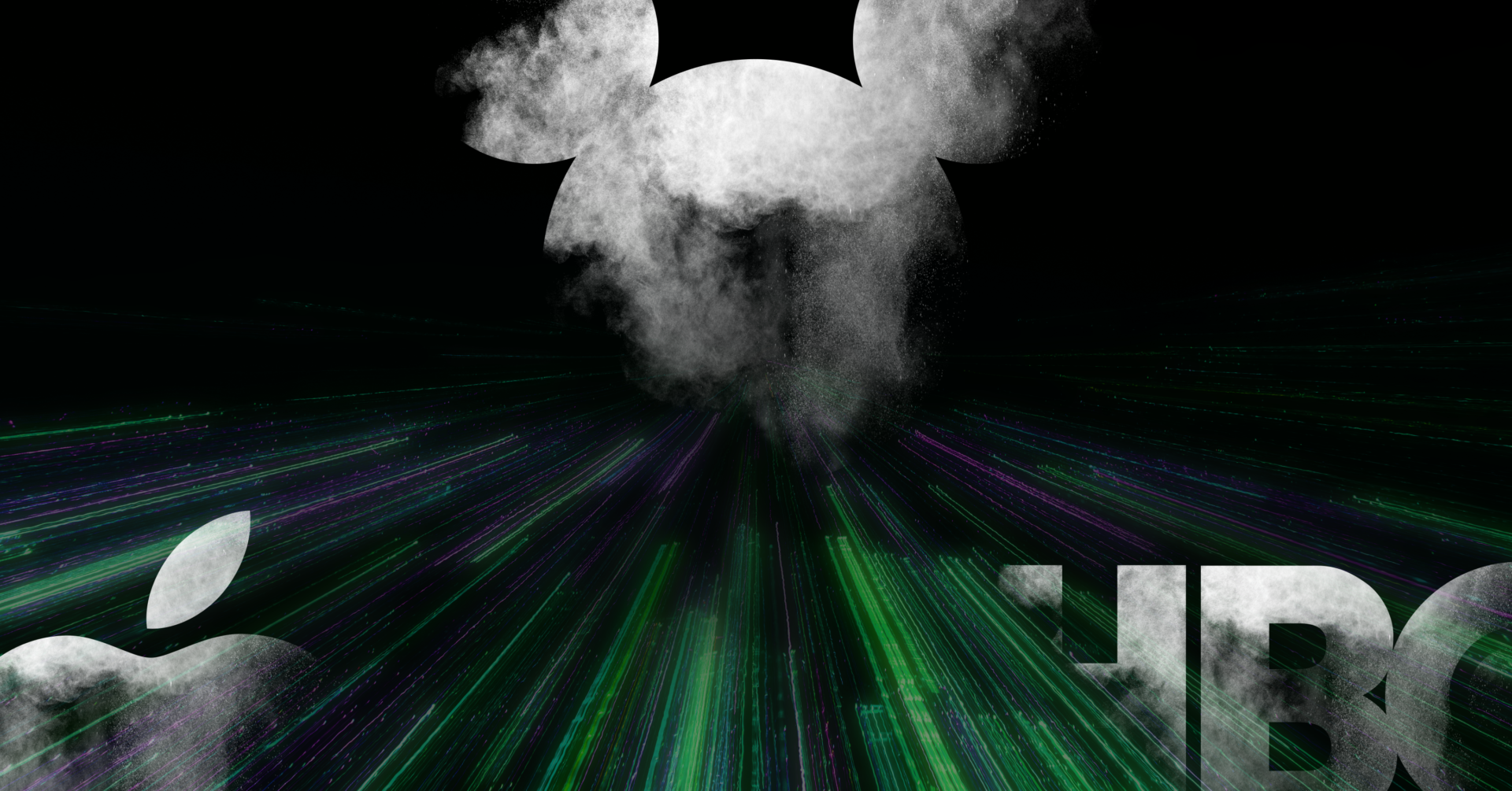 In just the last four months, the share of Americans who say they would consider purchasing Disney Plus grew by 23 percentage points. To put that number in context, when Morning Consult recently evaluated nearly 2,000 brands by the same metric over the course of 2019, just one (DoorDash) registered even double digit growth (+14).

As new brand tracking data reveals, this growth has quickly vaulted Disney Plus from the pack of streaming newcomers and into the tier of more established platforms – not only beating out Apple TV Plus and yet-to-launch HBO Max, but starting to keep pace with Hulu and Amazon Prime Video. Netflix remains the king, for now.

The data comes from Morning Consult Brand Intelligence, which tracks perceptions of 3,000 brands globally on a daily basis, giving companies real-time intelligence on what consumers think about their brand and the competition. 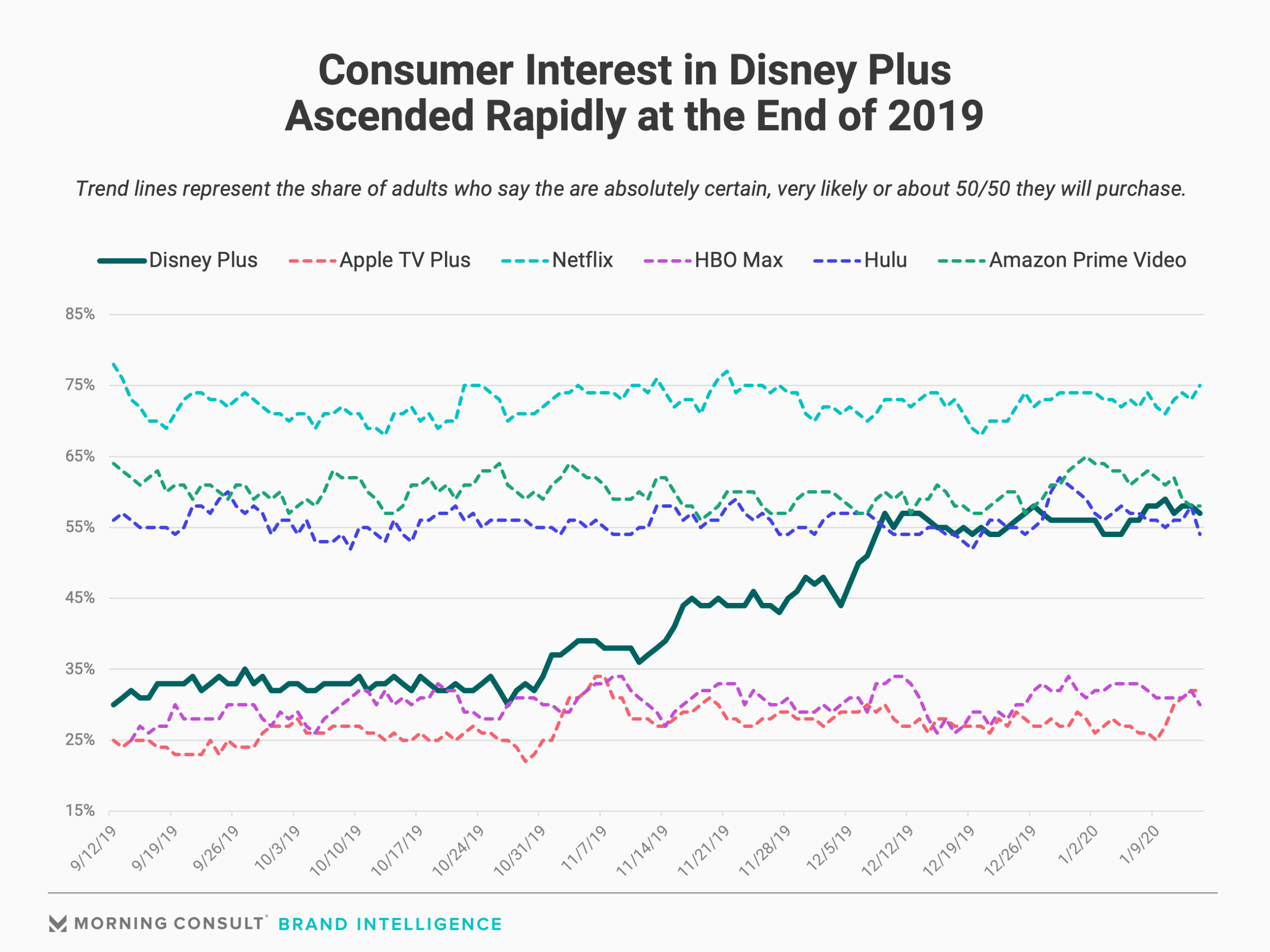 The growth in consumer interest is apparent across generations, and particularly so with younger Americans. In January, 70 percent of Gen Z women now say they’re considering purchasing Disney Plus, up from 32 percent in the fall. 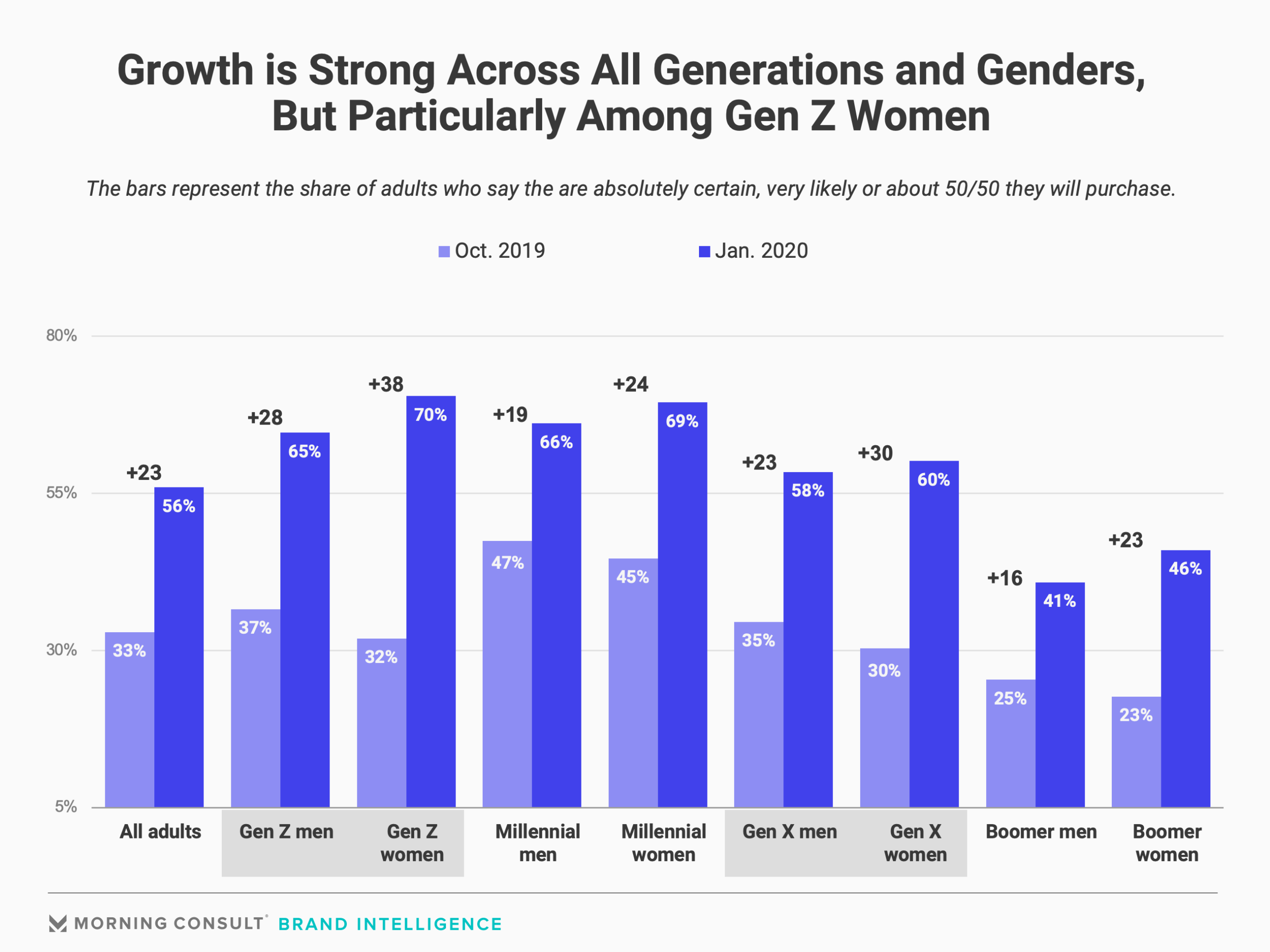 Google found that Disney Plus was the most searched term of 2019, and Brand Intelligence data helps further illustrate how buzzy the initial launch was. Apple TV Plus and Disney Plus launched within two weeks of eachother, and while they started off generating similar levels of buzz, Disney’s buzz escalated quickly. 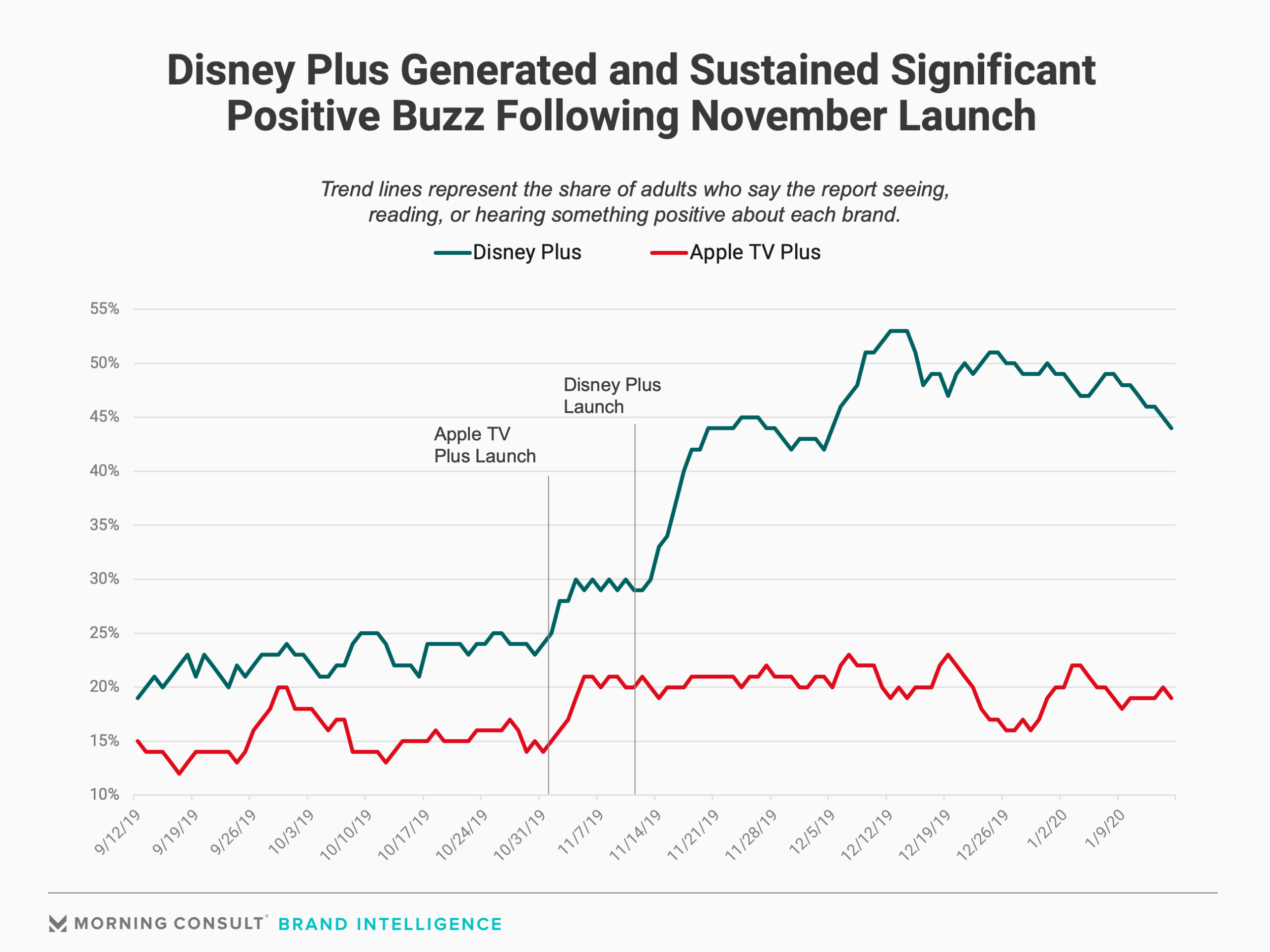 The Brand Intelligence data also sheds light on another key question confronting the streaming market: As new entrants arrive, how many different services can remain viable?

On Tuesday, Netflix reported that it had added 420,000 new customers in the fourth quarter of 2019, below their 600,000 estimate. CEO Reed Hastings acknowledged the strength of Disney as a new competitor in the market.

This tepid growth squares with Brand Intelligence data, which suggests Disney Plus’s ascension hasn’t directly hurt Netflix and Hulu, but also that their metrics have stalled in its wake. Over the time period in which purchasing consider for Disney Plus rose by 23 points, Hulu’s trend line remained flat, while Netflix picked up one point. Furthermore, overall usage rates held steady for both following Disney Plus’s launch. 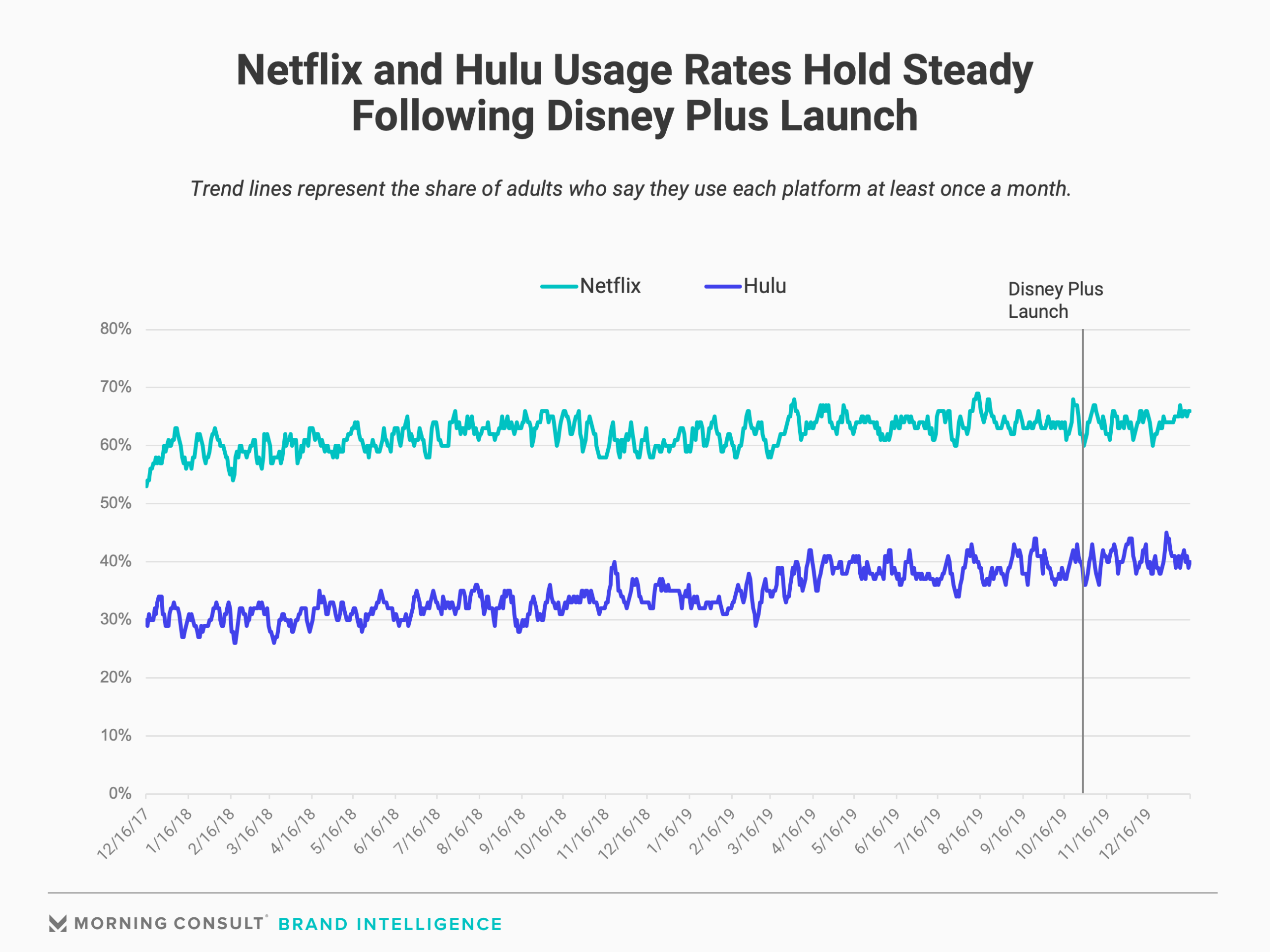 With over 75,000 annual interviews on every brand, Brand Intelligence brings together millions of survey interviews on thousands of brands to provide real-time insight and analytics into the most important brand metrics. The results on this page are based on between 23,995 and 218,431 surveys per brand, fielded between December 2017 and January 2020, with an average of over 5,000 surveys per brand per month.

Morning Consult Brand Intelligence delivers millions of survey interviews on thousands of brands to provide real-time insight into the most important brand metrics. Request a demo today to learn more.