REPORT PREVIEW
Speaking About Trump Will Hurt Your Brand, No Matter What You Say
Whether the statement is positive or negative, roughly 70% of the country will be upset or indifferent.

Brands seeking to avoid controversy would be wise to not mention the president under any circumstance. That’s the finding of a new Morning Consult report looking at how consumers want corporations to act in the Trump era.

While issuing a negative statement about Trump is marginally more popular than issuing a positive one, brands are more likely to generate strong backlash than win favor either way. For example, issuing a negative statement about Trump leads 56 percent of Trump voters to have a much less favorable view of your brand, but just 32 percent of Clinton voters to have a much more favorable view — the enthusiasm gap is not advantageous. As the chart below details, that trend goes in both directions: 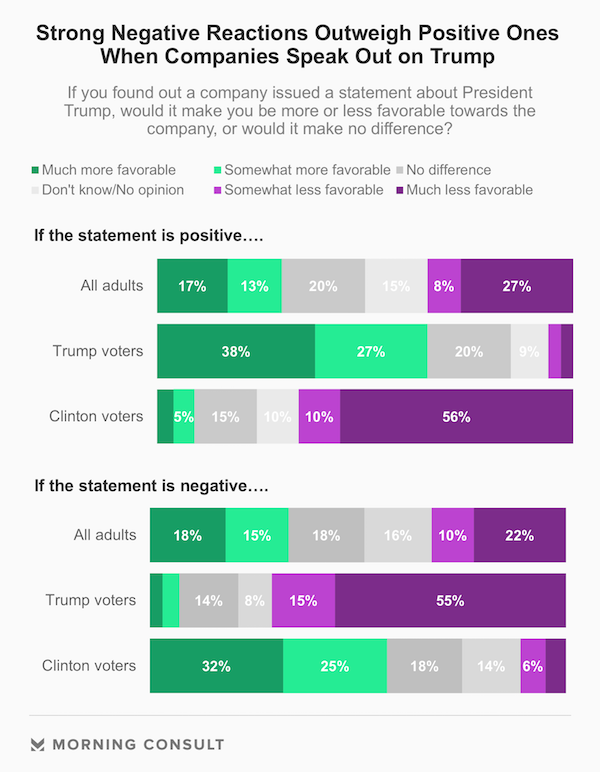 The full report, available for download below, provides more data on this subject as well as a number of other key topics, including:

Get more data on what issues to speak out on, what to avoid, and what consumers expect from brands. To immediately download the free report, enter your information below: