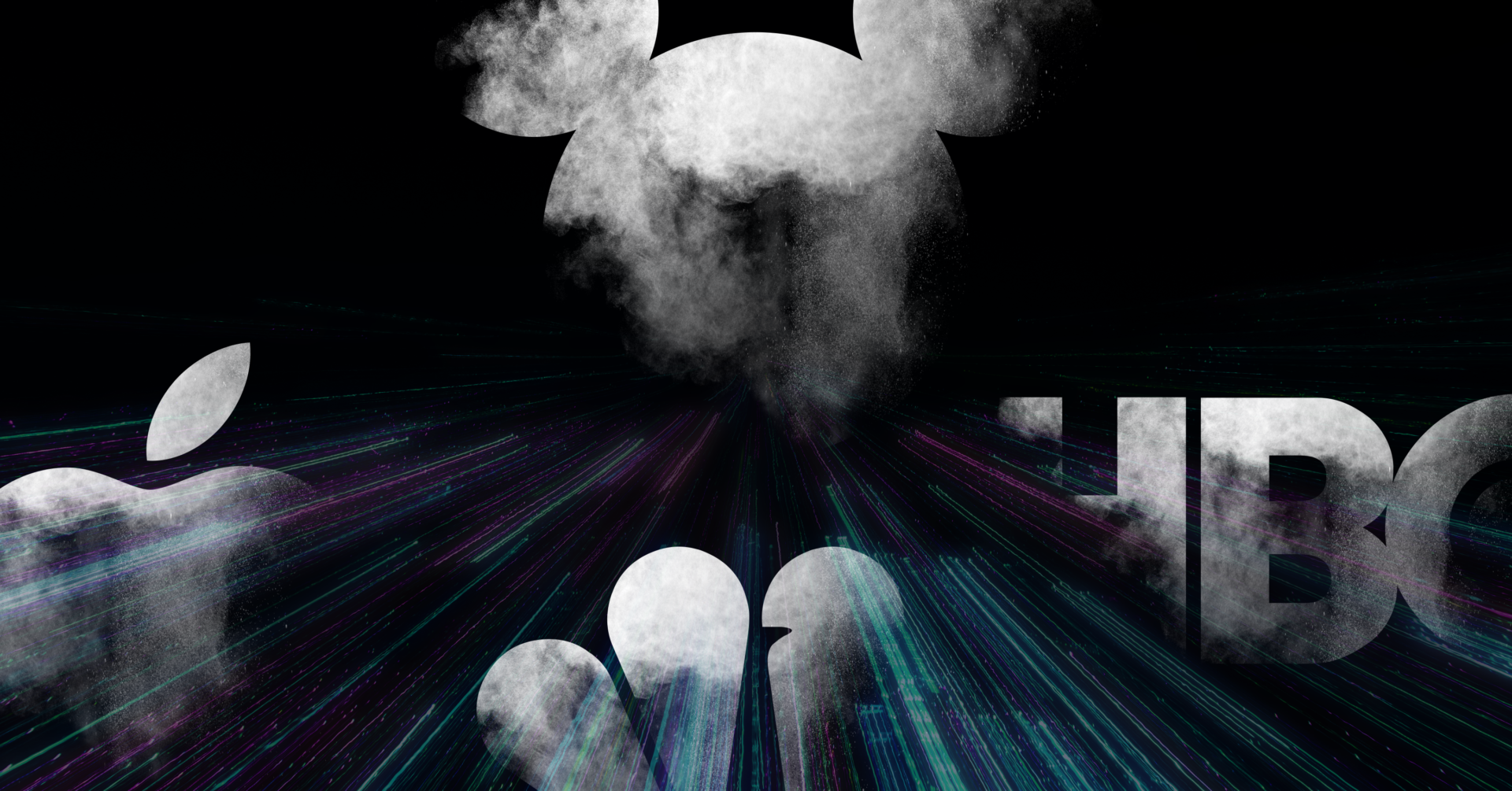 With Apple TV Plus and Disney Plus launching this November, and HBO Max and NBC’s Peacock following in 2020, the streaming market is about to get significantly more crowded. The media and tech companies responsible for these new services are pumping vast fortunes into content development and licensing as they hope to draw eyeballs away from established platforms like Netflix.

A new analysis of data from Morning Consult Brand Intelligence shows that Disney Plus has an early advantage with consumers, but Apple TV Plus and HBO Max are not far behind.

The data also shows that Peacock, which is the only new service not explicitly tied to its parent brand and whose name was only just announced in September, has yet to make it on the radar of most Americans. 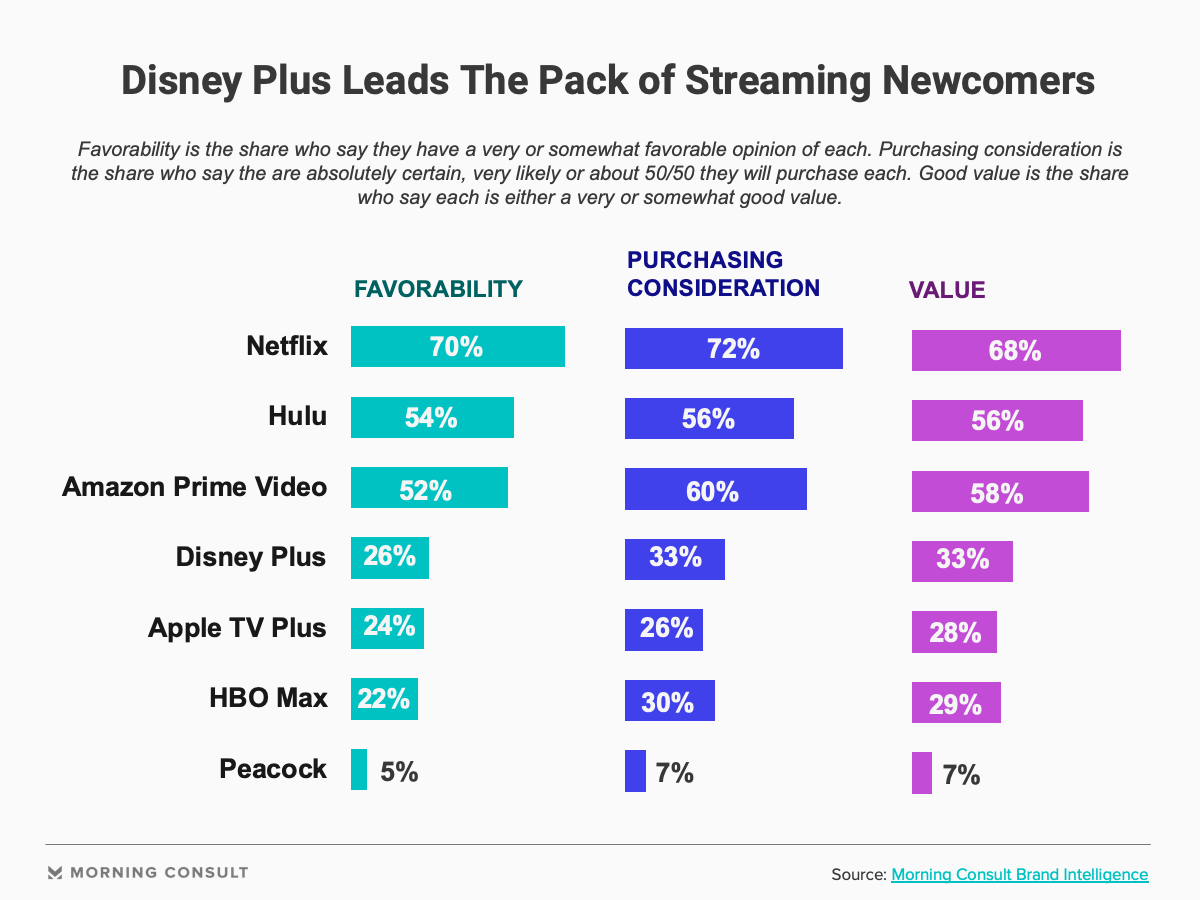 Disney’s early edge is even higher when isolating millennials, who have a large appetite for streaming services across the board. Forty-six percent of millennials already say they are considering purchasing Disney Plus, 12 points higher than Gen Z adults, and 13 points higher than the general population. 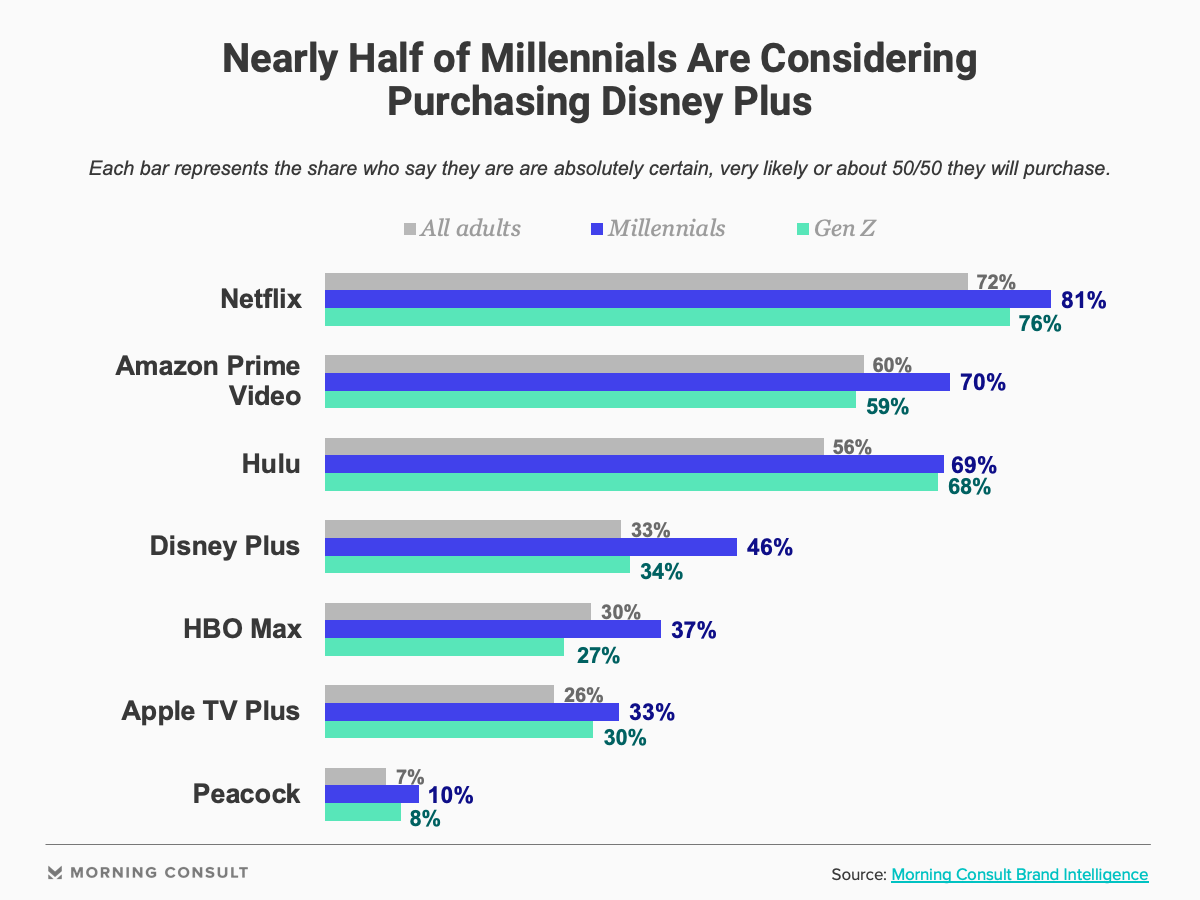 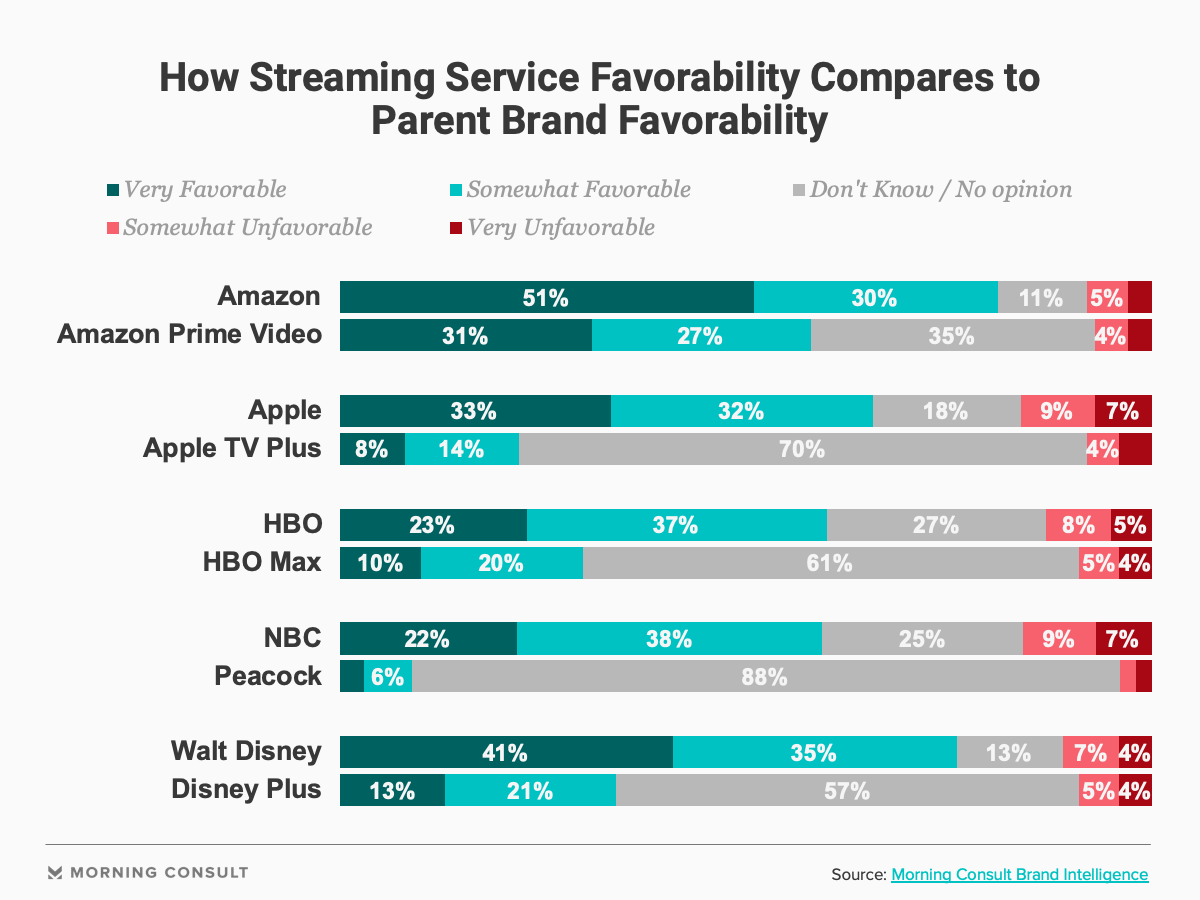 In terms of early buzz, Disney Plus has generated the most with 22 percent of adults say they’ve seen something positive about the brand over the last month. That’s compared to 16 percent for HBO Max and Apple TV Plus and 4 percent for Peacock.

With over 75,000 annual interviews on every brand, Brand Intelligence brings together millions of survey interviews on thousands of brands to provide real-time insight and analytics into the most important brand metrics. The results on this page are based on between 5,528 – 5,729 survey interviews per brand, with the surveys conducted by September 21 and October 21, 2019.