Each week, Morning Consult is surveying thousands of Democratic primary voters about where they stand on the upcoming election. Along with stating candidate preference, voters are asked to indicate which issue is most important when thinking about how they will cast their vote for upcoming federal offices.

The latest results, based on 16,368 survey interviews conducted between May 20-26, show former Vice President Joe Biden has at least plurality support among each bloc, with particularly strong ratings among the largest groups. 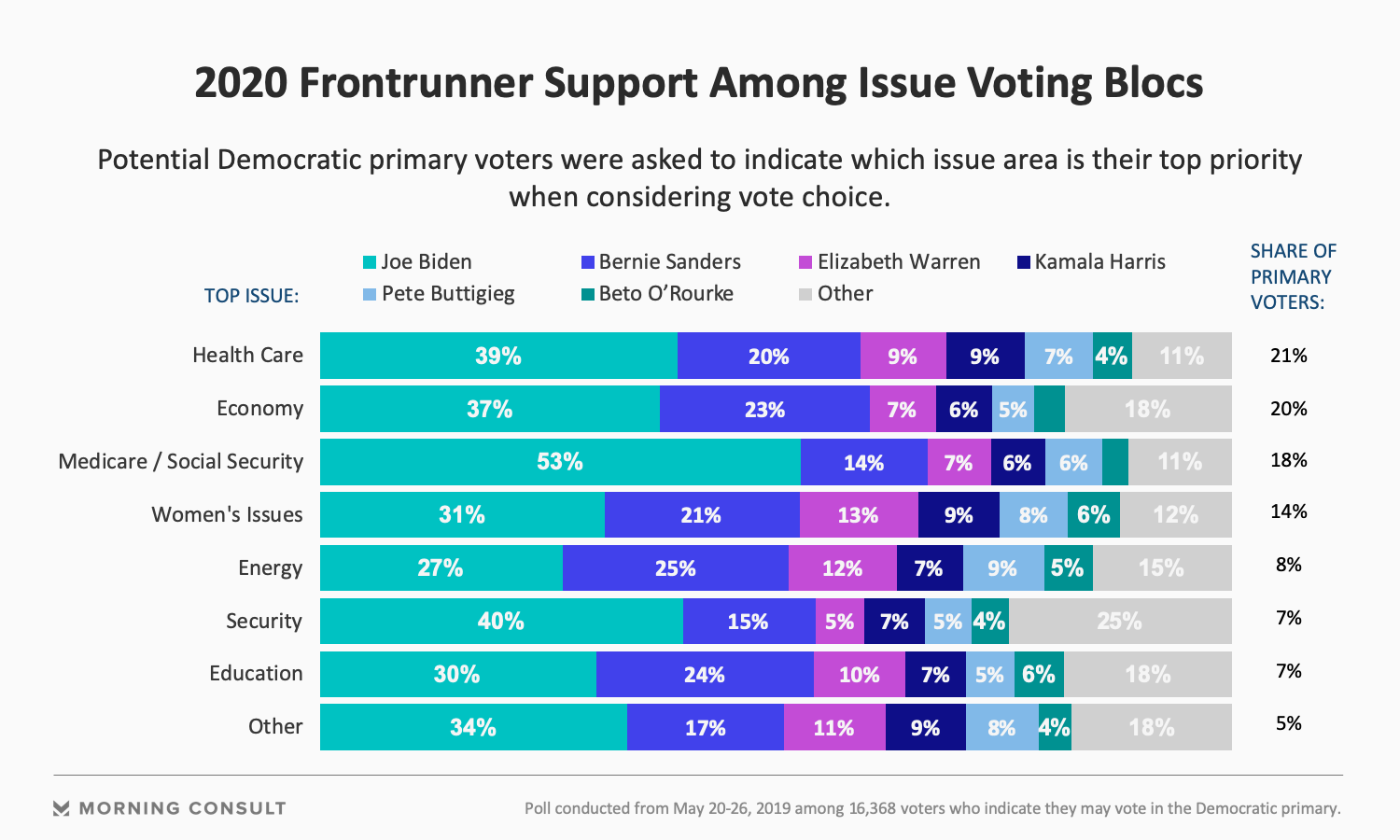 Download the Full Report
On a daily basis, Morning Consult is surveying over 5,000 voters on the 2020 campaign. Sign-up to get the latest results first, compiled in a weekly report.