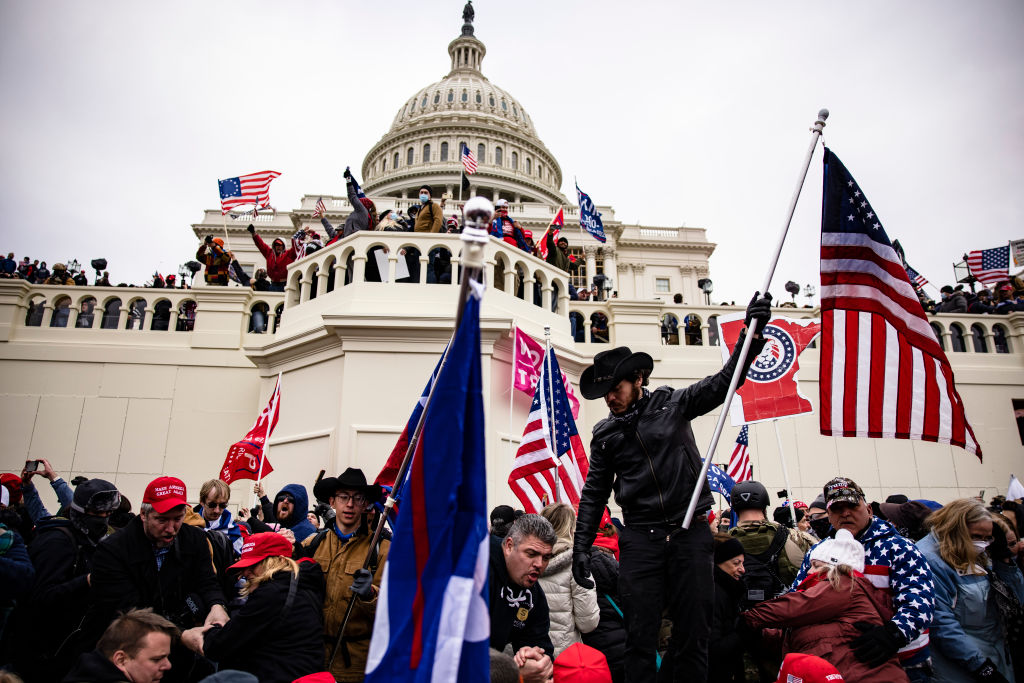 In the week since a mob descended on the U.S. Capitol, President Donald Trump was impeached by the U.S. House of Representatives, suspended or banned from every major social media platform and cut off by a wide range of corporate partners, including Deutsche Bank and the PGA.

The sweeping rebuke from both the private and public sector speaks to a mainstream consensus that the president crossed a line: Trump’s approval rating hit an all-time low this week, and a majority of Americans agree he should either resign or be impeached and removed from office. At the same time, these repercussions appear to be accelerating a growing sense of institutional distrust on the right, entrenching a siege mentality among his most loyal supporters.

According to new Morning Consult polling, a declining share of Republican adults reported having either “a lot” or “some” trust in 17 out of 18 institutions tracked since before Election Day – eight institutions saw trust fall by double digits. This recent erosion comes at a time when institutional trust was already low by historical standards. 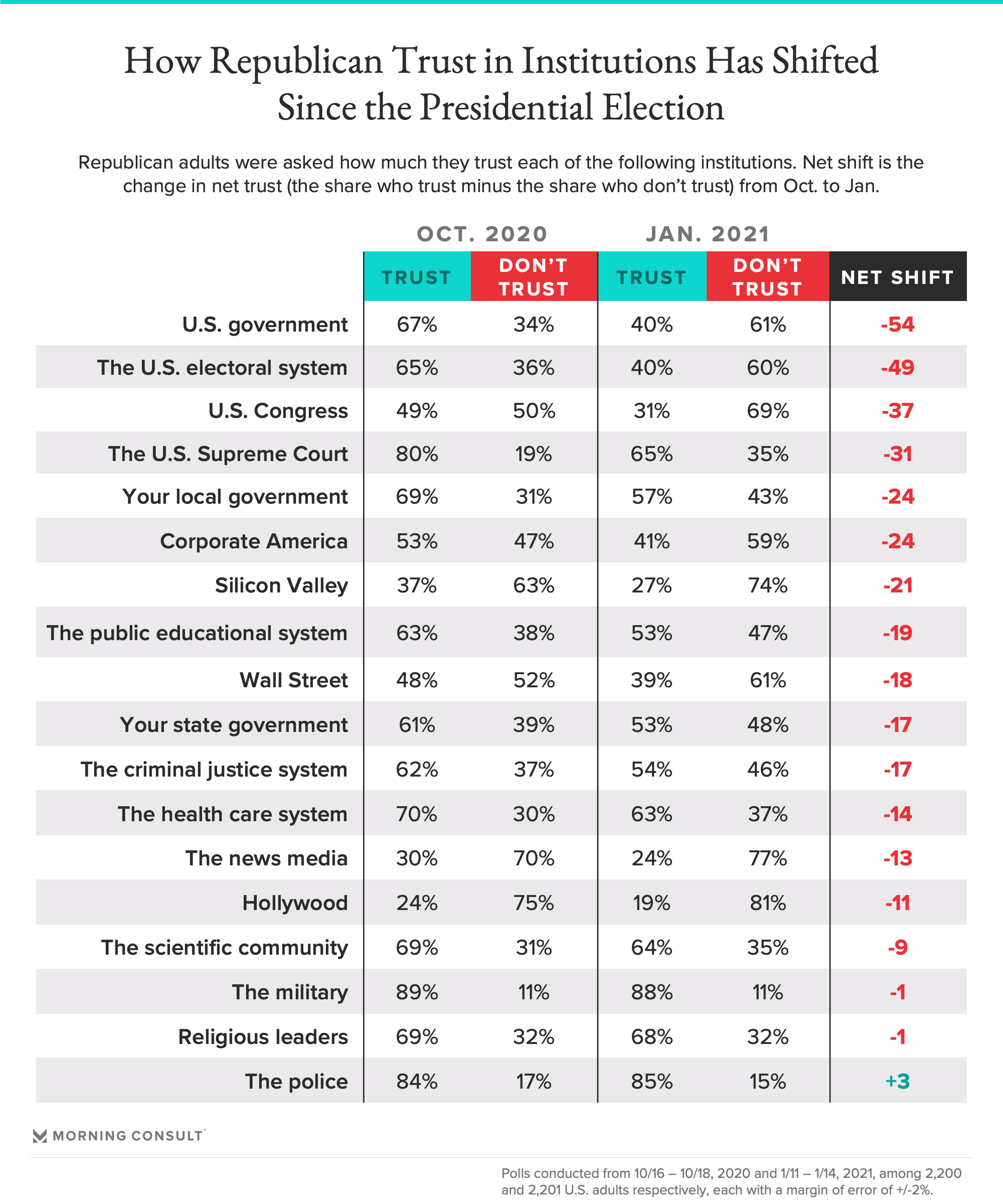 Republican Trust in the U.S. Government Has Cratered Since April
Republican adults were asked how much they trust the U.S. government:

Already Low, Republican Trust in Corporate Institutions Slips Further
The share of Republicans who trust each of the following institutions:

Despite taking decisive action against the president, the tech world hasn’t reaped a clear benefit from the left: 45 percent of Democrats trust Silicon Valley, right in line with the average over the past three months.

Get our best data and insights delivered to your inbox