More political intelligence:
This page is no longer being updated. 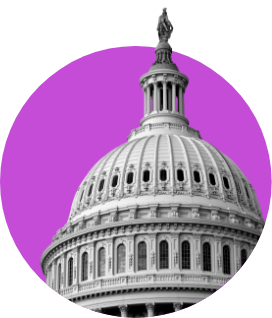 Political Intelligence
Morning Consult Senator Rankings
We aren't publishing updates for now. Subscribe to our daily Washington newsletter and be the first to know when we do: Subscribe.
The 10 Most Popular and Unpopular Senators
The most popular and unpopular senators are determined by total approval and total disapproval, with net approval (approval minus disapproval) serving as the tiebreaker.
1

Search for a senator to view how their approval has shifted over time, as well as their net approval with Democrats, independents and Republicans. Historical data extends back as far as Morning Consult has tracked for each senator and is not displayed for those senators in their first term.

Net approval:
All voters
Democrats
Republicans
Independents
Approval over time:
Approval Disapproval
This is the first quarter of their first term. Check back next quarter for trend data.
Sortable Table

Use the tabs to filter different groupings, and use the dropdown to sort the list.

Approve
Don't Know
Disapprove
See all
Insights
A deeper look at some of the trends behind the data.

Note: This section may contain more recent data than what is incorporated in the latest quarterly rankings.
Posted: 07/17/2019
Susan Collins Continues to Lose Support in Maine

Susan Collins is facing re-election next year, and views on her job performance have dimmed significantly over the first half of 2019. Forty-eight percent of Maine voters disapproved of Collins in the second quarter, compared with 45 percent who approved — a net slide of 16 percentage points from earlier in the year.

Sixty-seven percent of Democrats and 46 percent of independents — a critical voting bloc in the state — disapproved of her job performance. Among Republicans, 61 percent approve of her and 34 percent disapprove.

Copied to your clipboard
Posted: 07/18/2019
John Hoeven and John Thune are The Only Senator Running Ahead of Trump with Republicans in Their State

Of the 53 sitting GOP senators, just two – John Hoeven and John Thune – are more popular with Republicans in their state than President Trump. On average, GOP senators are running 26 points behind Trump.

Here are the five senators who perform best with Republicans in their state, relative to Trump:

The GOP senators who have the lowest approval with home state Republicans relative to Trump are: Lisa Murkowski, Lamar Alexander, Cory Gardner, and Pat Toomey.

Copied to your clipboard
Posted: 07/17/2019
Republican Voters Have a Less Positive View of Female Senators

Whether evaluating senators of their own party or the opposite party, Republican voters tend to be more critical of women than men.

The average net approval for female Republican senators is 11 points lower than for their male counterparts.

Ben Sasse, who was once one of the president’s more outspoken conservative critics, has recently opted to hold back on publicly chiding Trump, a trend his home-state voters appear to have noted.

Over the last two quarters, Sasse’s net approval with Nebraska Republicans has risen 14 points. Among Democrats, his net approval has dropped by 9 points.

Copied to your clipboard
Methodology

On a daily basis, Morning Consult surveys over 5,000 registered voters across the United States. Along with approval ratings for senators, Political Intelligence tracks the 2020 election as well as the approval ratings for all governors, House members, the president and more at the national, state and congressional district level. Each week, we will release a report with the most important findings on the 2020 election. Sign up to receive that report in your inbox here.

The margins of error vary by state and party. You can see the margin of error for each senator here.

Morning Consult obtained an up-to-date list of senators from Sunlight Foundation’s Congress API v3 and Open States API. Survey respondents were assigned to their appropriate senators based on their state of residence.