Vaccine Skepticism Among Young Adults has Declined Notably Across the Globe

Morning Consult is conducting over 75,000 weekly interviews across the globe on the COVID-19 vaccine rollout, providing deep insights at a granular level into which countries are most and least opposed to vaccinations, and what factors are driving skepticism. The latest data is based on surveys conducted in 15 countries between September 7- September 13, 2021, with 49,233 interviews in the United States and between 2,290 to 6,615 interviews in the other 14 countries. Updates will be provided weekly. Get alerts with the latest data. 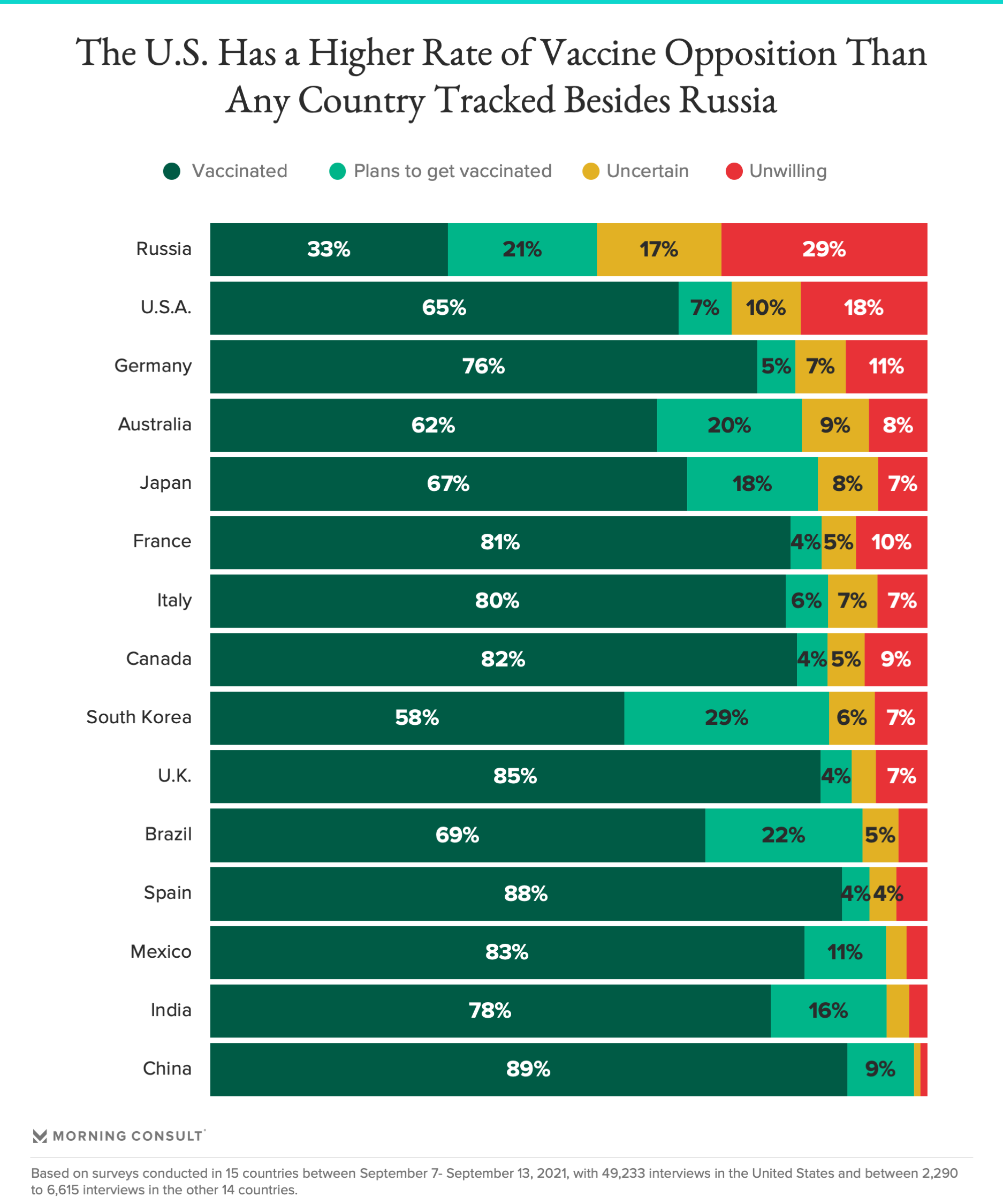 Weekly tracking: Since tracking began, the share of vaccine skeptics has fallen by 7 percentage points in the United States and by an average of 16 points in the other 14 countries.

The share of adults in each country who are unwilling to get vaccinated or are uncertain:

The decrease in skepticism among 18-34 year-olds is even more pronounced, dropping by an average of 22 points in the 15 countries since tracking began. Despite the downward shift, young adults remain more skeptical than older adults. The average rate of skepticism for young adults stands at 18 percent, 4 percentage points higher than the average for all adults.

The share of young adults (18-34) who are unwilling to get vaccinated or are uncertain:

The global average represents the 14 countries outside the United States where Morning Consult is tracking vaccine sentiment.

What’s driving skepticism: Looking at just those adults who are uncertain about whether to get the vaccine, concern about side effects and the speed at which the vaccines went through clinical trials are the most cited factors in every country. 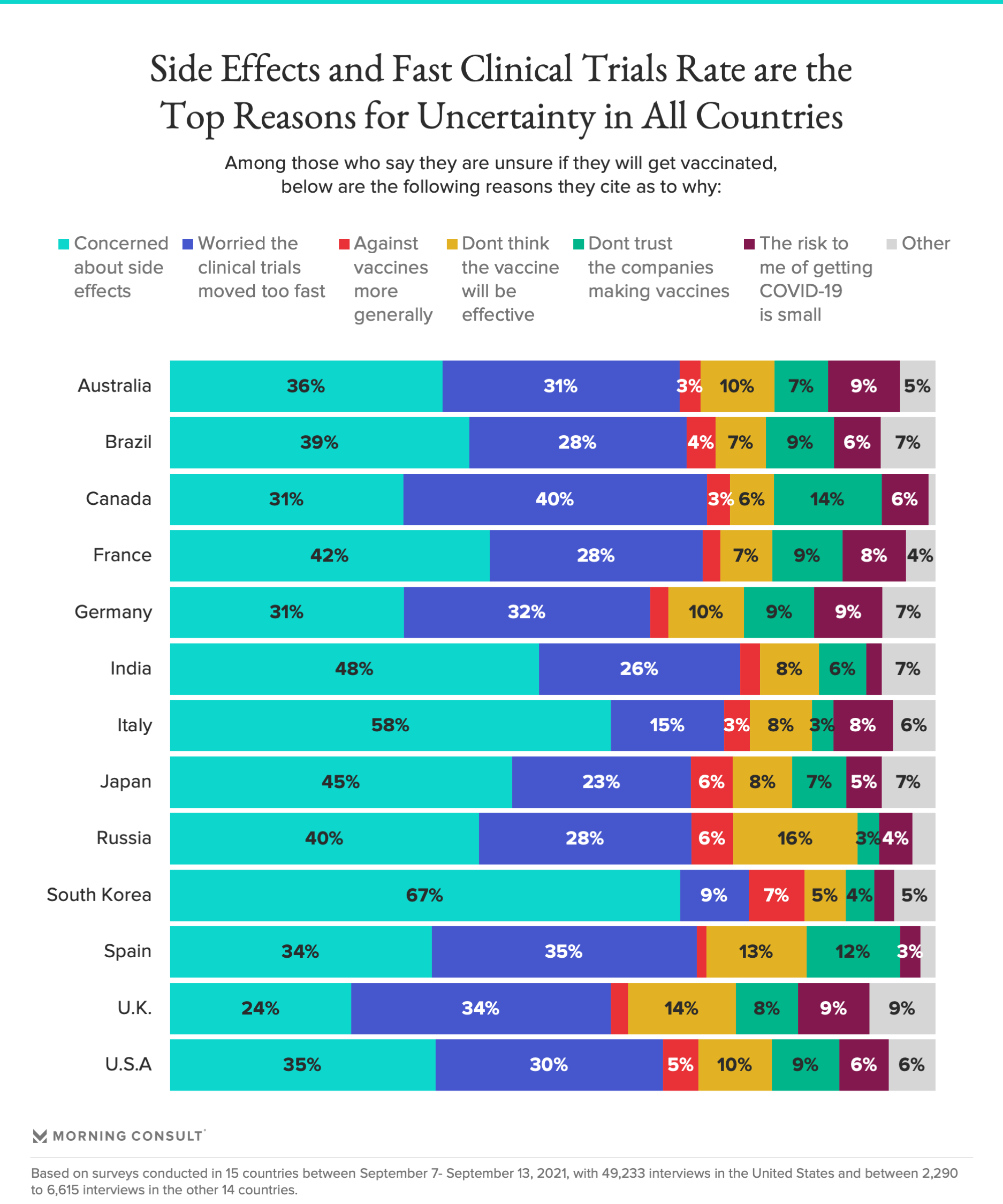 In a given week, Morning Consult conducts around 30,000 interviews in the United States and between 2,000 to 5,00 surveys in each other country on the vaccine rollout, among nationally representative samples of adults. (In India, the sample is representative of the literate population). All interviews are conducted online.

Surveys are weighted in each country by age, gender, region, and, in certain countries, education breakdowns based on official government sources. In the United States, surveys are also weighted by race and ethnicity.

Respondents complete these surveys in languages appropriate for their countries. Professional translation firms in each country conduct the translation and localization.