Pawlenty’s Stint as Washington Lobbyist Could Weigh on Gubernatorial Bid 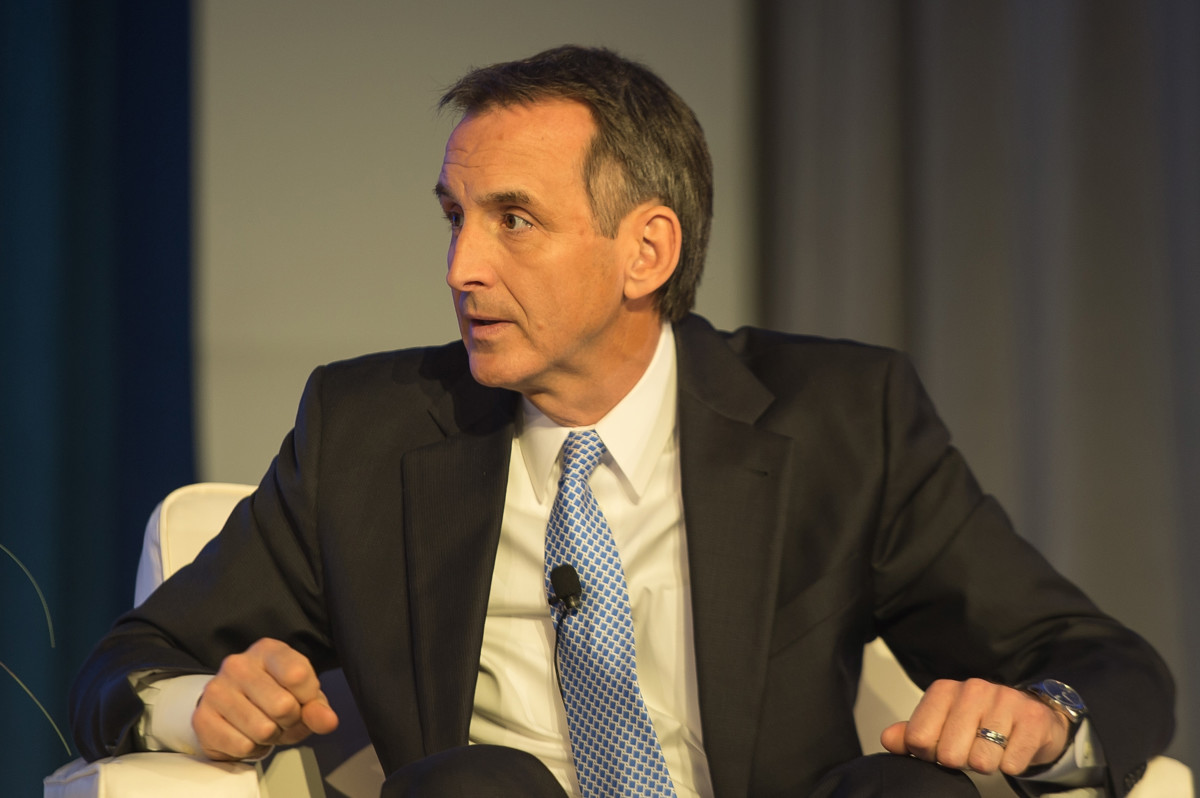 Tim Pawlenty, a former two-term Republican governor of Minnesota who is considering another gubernatorial run, could encounter skeptical voters after six years as head of one of the largest financial services lobbying groups in Washington, according to political experts and analysts.

Pawlenty, who left his post as president and chief executive officer of the Financial Services Roundtable this month, announced Monday that he has filed a campaign committee, a prerequisite for candidacy to replace term-limited Democratic Gov. Mark Dayton.

For voters living far away from the Minneapolis-St. Paul metropolitan area, Pawlenty’s record of representing major financial corporations could haunt the former governor, according to Lawrence Jacobs, a political science professor at the University of Minnesota.

“Tim Pawlenty’s biggest hurdle is that he worked for the Financial Services Roundtable,” Jacobs said in a March 14 interview. “Absent that, I think he’d be the front-runner.”

FSR represents some of the country’s largest financial institutions on key federal policy issues such as taxation and financial regulation. Its members include Bank of America Corp., Wells Fargo & Co. and JPMorgan Chase & Co.

Former lobbyists have run for statewide office before, with varying levels of success. Haley Barbour, a former Republican governor of Mississippi, served two terms in the Magnolia State after working as a lobbyist in Washington and as chairman of the Republican National Committee. Ed Gillespie, a Republican who lost the 2017 Virginia gubernatorial race, was a founder of bipartisan public affairs and lobbying firm Quinn Gillespie & Associates.

Pawlenty’s FSR history, Jacobs said, won’t help him in the Twin Cities — and it could hurt him in rural communities where voters are skeptical of the financial industry.

“For a lot of them, he’s a well-paid Washington lobbyist for banks, and banks and Wall Street are a stigma,” Jacobs said, referring to rural voters. Making matters worse for Pawlenty is the fact that “the core of the financial services industry in Minnesota is the core of Democratic party strength,” he said.

U.S. Bancorp, the country’s fifth-largest bank by assets, is based in Minneapolis, along with Ameriprise Financial Inc. Wells Fargo, the country’s second-largest bank, also maintains a significant presence in the city as a result of its 1998 merger with Norwest Corp.

Brian McClung, a longtime Pawlenty adviser, said in an email March 22 that the expertise Pawlenty developed “regarding what it takes to have a well-functioning financial system that serves consumers and businesses well would serve Minnesota well.”

“There are many good-paying financial service jobs in Minnesota that are vitally important to a large number of families all across this state,” McClung added.

Jeff Johnson, a Hennepin County commissioner who is considered the front-runner of the announced GOP gubernatorial candidates, said in a March 21 statement emailed to Morning Consult that Pawlenty’s record at FSR “will be an issue in the campaign whether I bring it up or not.”

“Tim’s not even in the race yet and the Democrats have already made it their focus — and if he’s our nominee they’ll hammer it until November,” Johnson noted. “When you leave a state to go make millions as a Wall Street lobbyist, you should expect people will be talking about it when you return to run for office again.”

FSR paid Pawlenty a total of just over $2.7 million in 2016, according to a tax filing accessed using the website ProPublica.

David Turner, a spokesman for the Democratic Governors Association, said in a March 22 phone interview that FSR’s push for tax reform while Pawlenty was in charge will “remain a hindrance” to his bid.

“I think those are very real policy outcomes that he was working on that reflect a certain idea and vision for how government should work,” Turner said.

Representatives for FSR and the Republican Party of Minnesota declined to comment.

Alex Conant, a former staffer for Pawlenty’s short-lived presidential campaign in 2011, said in a March 15 interview that Pawlenty’s role in pushing for tax reform and overhauling financial regulations could work in his favor.

During Pawlenty’s tenure, FSR was one of the leading lobbying groups calling for looser financial regulations, an effort that’s closer to fruition following the Senate’s passage of a bipartisan regulatory relief measure earlier this month. The group also supported congressional passage of the tax overhaul bill that was signed into law in December.

“He has a very good understanding of what it takes to create jobs, and he’s subsequently done that in the private sector,” Conant said.

Carrie Ruud, a Republican state senator from Breezy Point, Minn., said in a March 21 phone interview that she thinks Pawlenty should highlight his Washington career if he runs.

“To bring the banking experience on a large-market scale to the governorship, and to understand that — I think that’s a real plus,” said Ruud, who has not made an endorsement in the governor’s race.

Minnesota’s filing period for the gubernatorial race is from May 22 to June 5, with a primary scheduled for Aug. 14. The state GOP’s convention is slated for June 1-2.