Most Voters Back Airstrikes Against Syria, Despite Low Confidence in Strategy 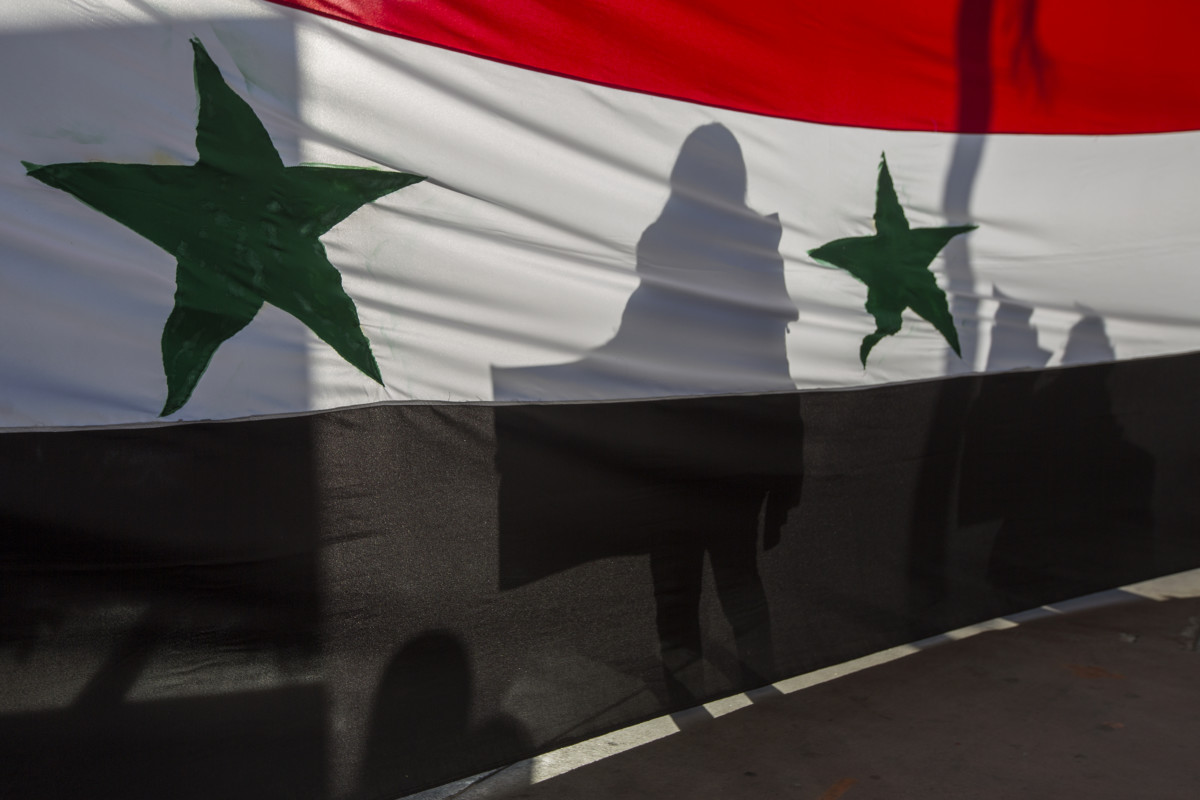 The shadow of a demonstrator is seen through a Syrian flag as supporters of Assad protest the attack in Syria, on April 14, 2018 in Los Angeles. (Photo by David McNew/Getty Images)
By Cameron Easley

Most voters support the recent airstrikes launched by the United States and its allies against Syrian President Bashar al-Assad’s government following its alleged use of chemical weapons on civilians during the ongoing civil war, according to a new poll — but they don’t expect the military action to deter similar attacks going forward.

Related: Americans Trust Trump the Most to End Syrian Conflict

A Morning Consult/Politico survey — conducted after President Donald Trump announced the missile strikes on Friday night — found that 66 percent of registered voters backed the strikes launched by the United States, the United Kingdom and France in response to alleged chemical weapons attacks on Syrian citizens April 7, while 19 percent opposed them.

The nationwide, online poll of 1,995 registered voters was conducted April 13-16 and has a margin of error of plus or minus 2 percentage points. 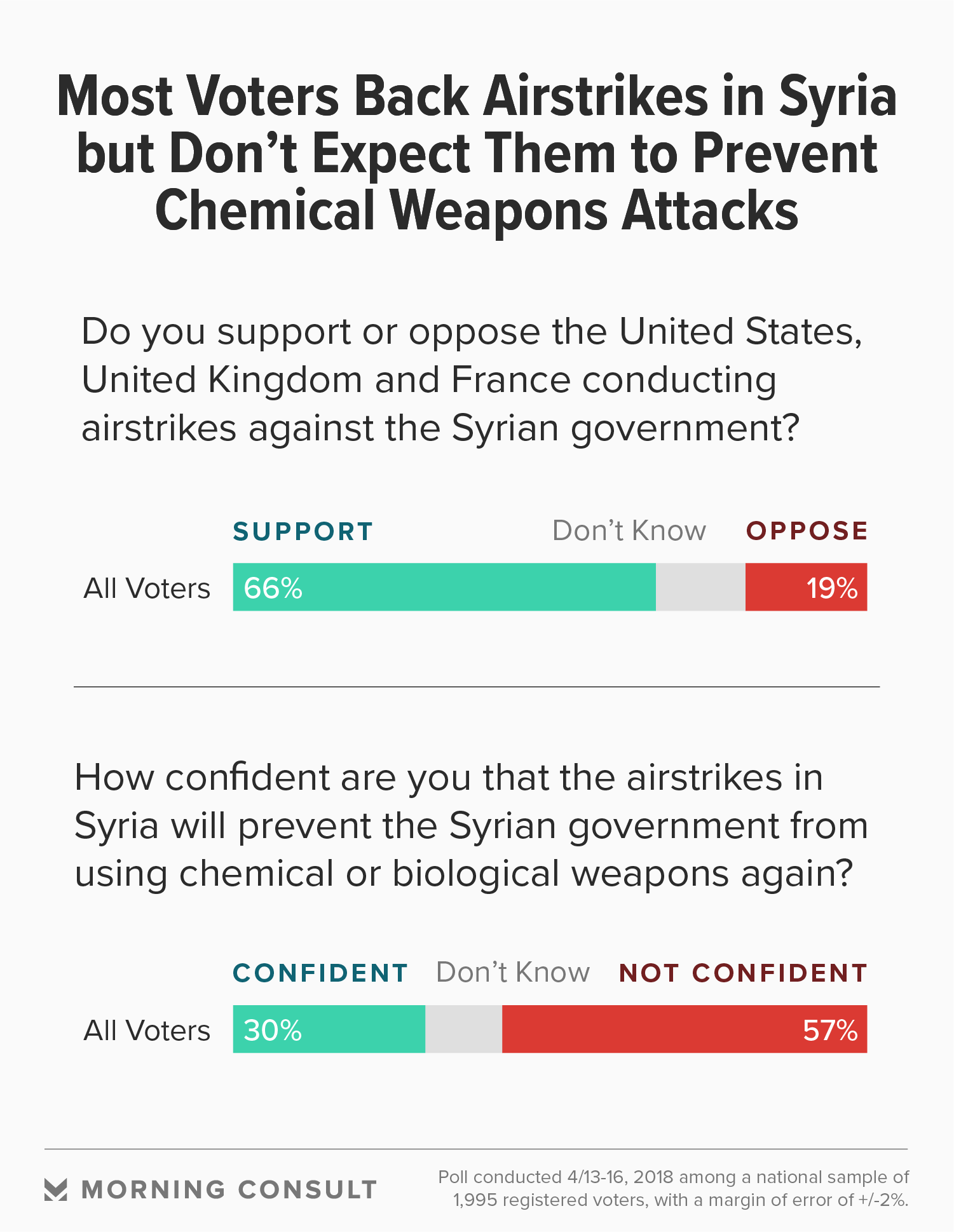 That poll surveyed 1,917 registered voters and has a margin of error of plus or minus 2 percentage points.

At a press briefing Saturday, Defense Department officials said the allied airstrikes targeted the main components of the Syrian government’s chemical weapons infrastructure in a bid to curb its efforts to poison its own people going forward.

Pentagon spokeswoman Dana White said during the briefing that the successful strikes were launched “to limit Syria’s ability to use chemical weapons in the future.”

Voters are skeptical. Fifty-seven percent of respondents surveyed from April 13-16 said they were either not too confident or not confident at all that the strikes would prevent the Syrian government from using chemical or biological weapons again. Thirty percent said they were very or somewhat confident that the airstrikes would be an effective deterrent.

The United States and its allies have accused the Assad regime of using chemical weapons on the Syrian people dozens of times since the civil war began in 2011. While the Obama administration in 2013 negotiated with Assad to have him turn over all of the Syrian government’s chemical weapons, he continued to use them, investigators with the United Nations said in August 2016.

The Trump administration first launched strikes against the Assad regime in April 2017 following another alleged use of the chemical weapons. On March 29, Trump said he wanted U.S. forces out of Syria “very soon.”

The April 13-16 survey found that a 42 percent plurality of voters said it’s the responsibility of the United States to protect Syrians from biological and chemical weapons attacks, with 30 percent disagreeing. Sixty-eight percent said it’s the international community’s responsibility.