Almost 3 in 4 Americans Say Trump Uses Twitter Too Much

More than half of U.S. voters said Sri Lanka made the right choice in shutting down access to social media in the aftermath of the Easter attacks. (Bethany Clarke/Getty Images)
By Eli Yokley

Almost 3 in 4 registered voters say President Donald Trump’s use of Twitter is excessive, and more Republican voters are saying he tweets too often, according to a new poll.

A Morning Consult/Politico survey of 1,995 registered voters from May 23-29 found 72 percent of respondents said Trump uses the social media platform too much, up 16 percentage points from a December 2016 poll. 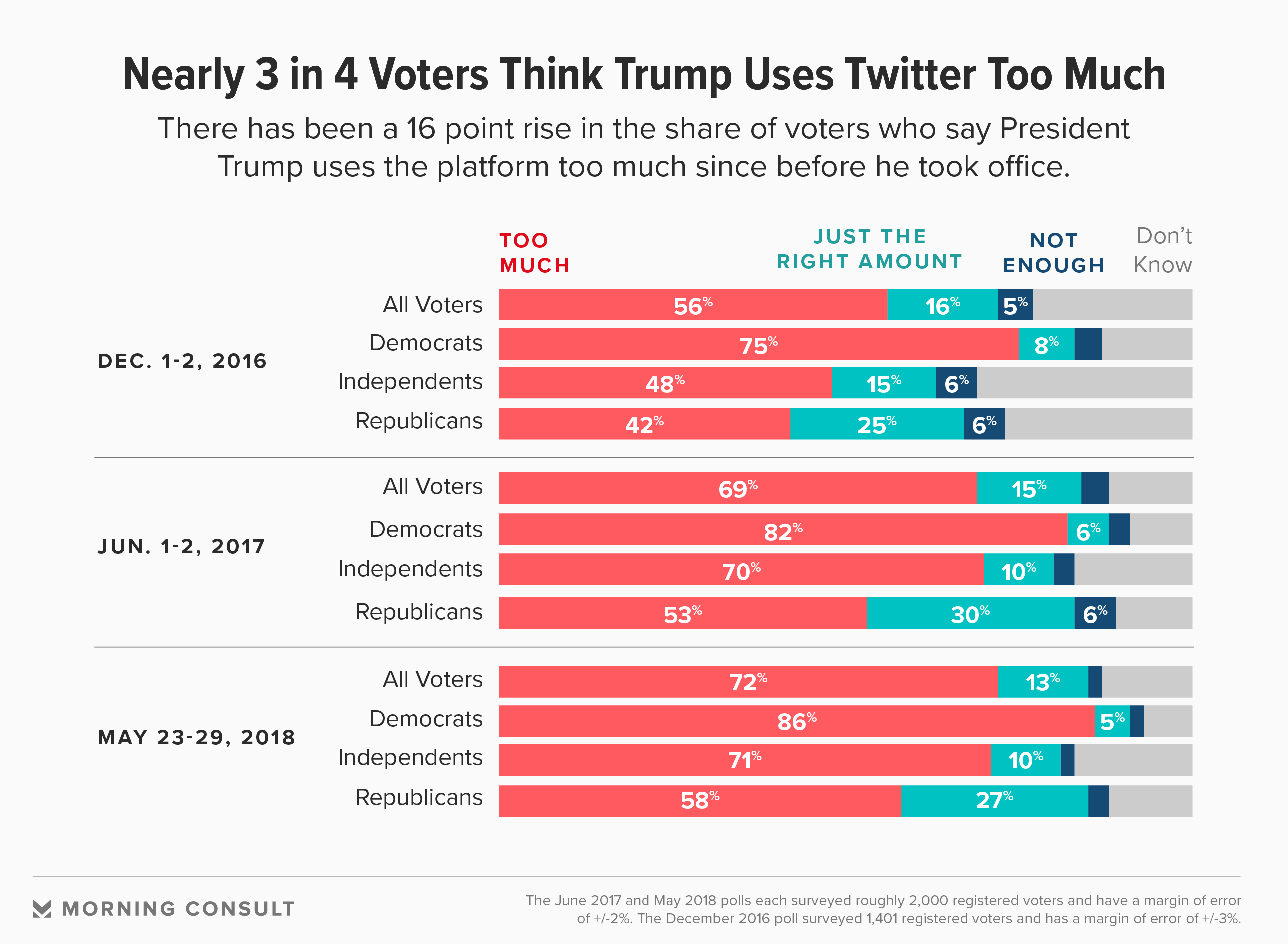 The president’s use of Twitter – a place where he offers commentary about things such as the Russia investigation and makes policy pronouncements, sometimes to the chagrin of Republican leaders on Capitol Hill – does not have the support of the GOP base: Fifty-eight percent of Republican voters said Trump uses Twitter too much, compared to 27 percent who said he uses it about the right amount and 3 percent who said he doesn’t use it enough.

Since December 2016, the share of Republicans who said Trump’s use of the platform is excessive has increased 16 points – more than the 11 point rise among Democrats, to 86 percent, but less than the 23 percent increase among independents, to 71 percent.

The December poll of 1,401 registered voters has a margin of error of plus or minus 3 points, and the most recent survey has a 2 point margin of error.

Republican voters were evenly split, 38 percent to 38 percent, when asked whether the president’s use of Twitter is a good or bad thing. Among all voters, 20 percent said his Twitter use is a good thing, while 62 percent disagreed.

Those habits could have electoral implications, particularly in the November midterms.