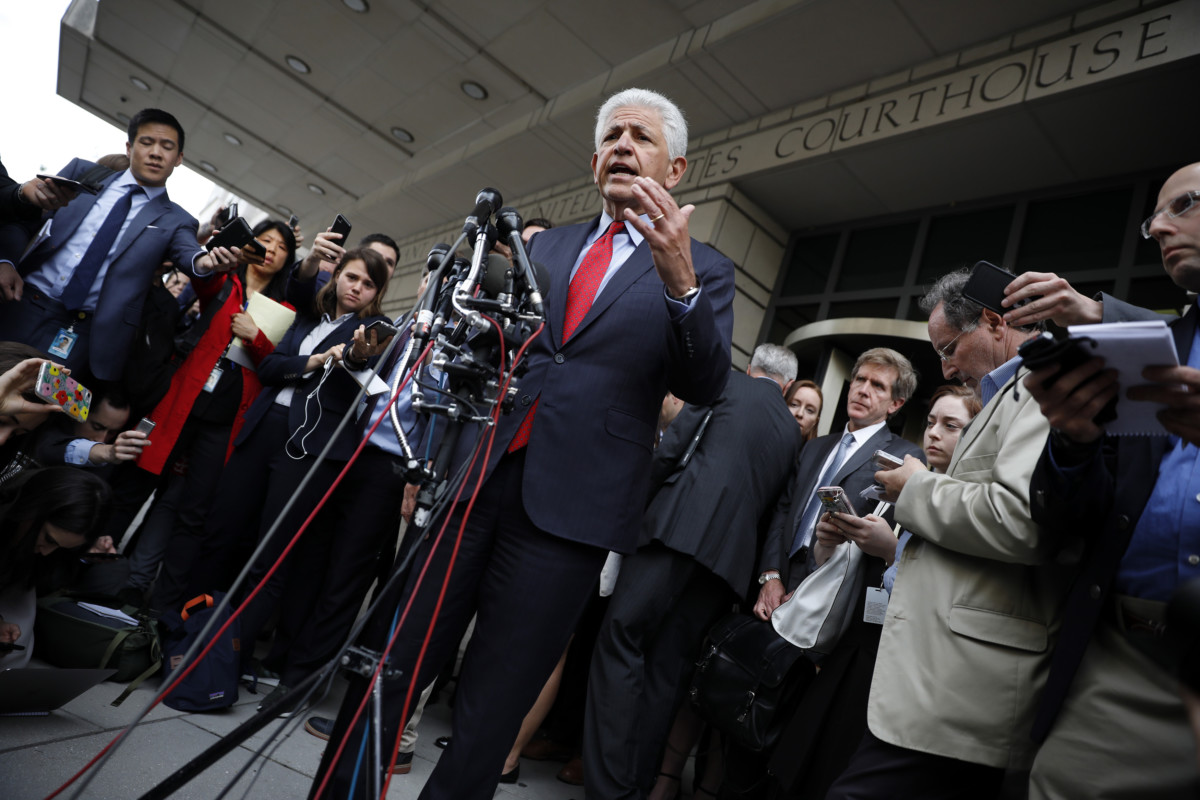 Daniel Petrocelli, lead attorney for AT&T and Time Warner, speaks with the media outside the U.S. District Court on June 12, after a federal judge ruled that AT&T can move forward with its acquisition of Time Warner, which the U.S. Justice Department had sought to block. (Photo by Aaron P. Bernstein/Getty Images)
By Edward Graham

Despite the Trump administration’s opposition to the deal between AT&T Inc. and Time Warner Inc., Republican adults expressed the most support among self-identified political parties for vertical mergers, with a majority supporting such deals, according to Morning Consult polling.

The June 22-24 survey of 2,203 adults found that a 44 percent plurality of U.S. adults support vertical mergers, including 52 percent of Republican adults and pluralities of Democrats and independents. 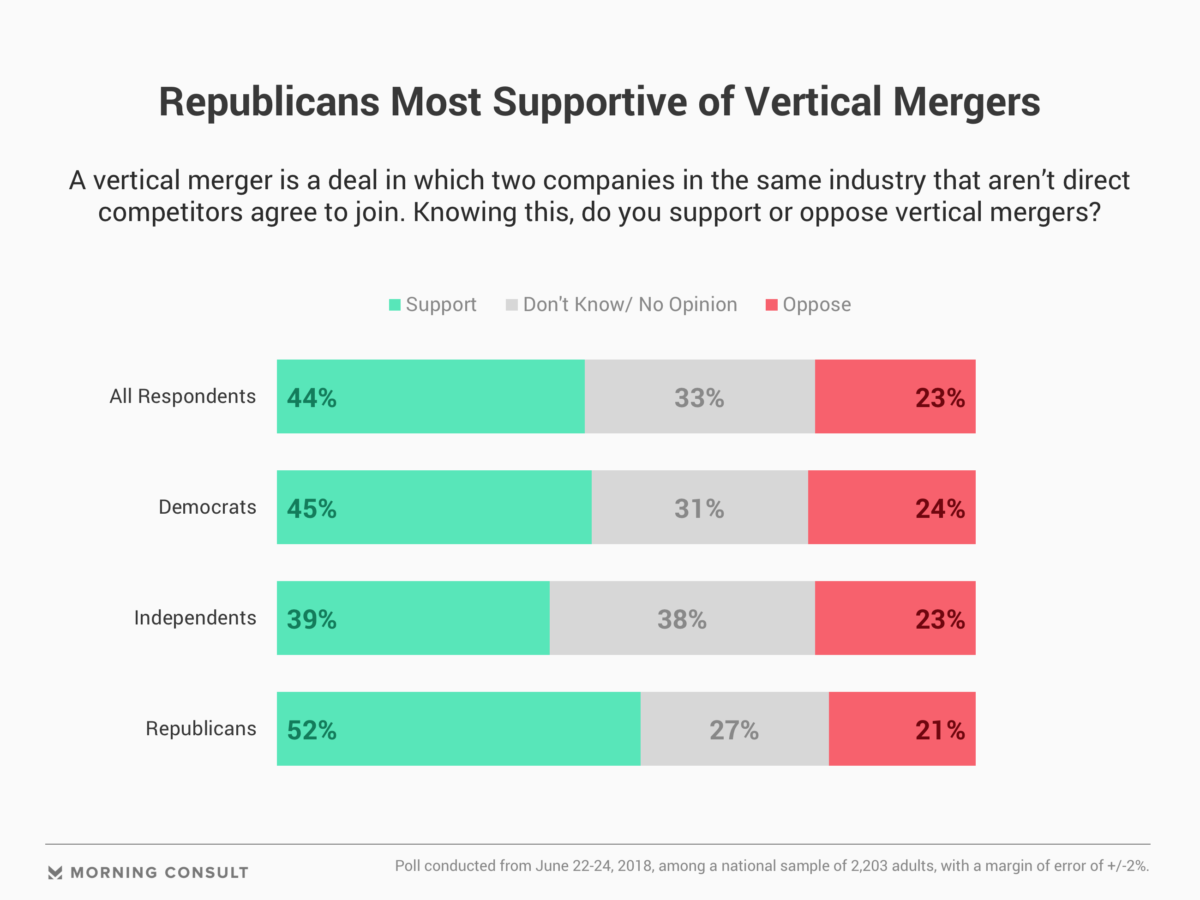 A vertical merger is a deal in which two companies in the same industry that aren’t direct competitors agree to join.

The poll comes after a ruling earlier this month cleared the way for AT&T to acquire Time Warner, a vertical merger whose proposal had prompted an antitrust lawsuit from the Justice Department. President Donald Trump noted in a May 11 tweet that “the Trump Administration’s Anti-Trust Division has been, and is, opposed to the AT&T purchase of Time Warner.”

Harold Feld, senior vice president of liberal-leaning advocacy group Public Knowledge, said in a Thursday phone interview that Republicans tend to have greater levels of support for mergers because the GOP is “generally less inclined to want to see government policing the marketplace.”

“I think that for Republicans, generally they’re less inclined to say ‘Yeah, we ought to have the government involved in policing the marketplace,’” Feld said. “But when they see something they don’t like, like ‘Oh my God, that’s so big,’ then they want the government to act.”

Tom Struble, technology policy manager and counsel with R Street Institute, a think tank that promotes free markets and limited government, said that mergers, particularly vertical mergers, are often good for consumers and not worthy of excessive regulatory scrutiny unless they present a clear harm.

“Vertically integrated firms are good for consumers, generally speaking, even if they harm competition — which they do,” Struble said in a Wednesday phone interview. “But you’ve got to balance harms to competition in one market against gains and benefits to consumers and competition in another market, and only if the harms outweigh the benefits do you bring an enforcement action.”

Although a plurality of respondents voiced support for vertical mergers, adults were split over whether these types of deals would improve the services and products offered by companies.

Respondents were just as likely to say the deals would expand their choice of products (26 percent) as they were to say they would limit their choices (26 percent) — although a 33 percent plurality of adults said they believed vertical mergers would make it easier to get multiple products from one provider.

Kevin Carty, a reporter and researcher with the Open Markets Institute, a D.C.-based think tank that supports tougher antitrust enforcement, said that it’s understandable for the average consumer to have trouble understanding the nuances of these types of deals, particularly the differences between vertical and horizontal mergers.

“I think what it really comes down to is, ‘Do you want the biggest companies in the economy to be even bigger and more powerful?’” Carty said in a Wednesday phone interview. “That’s sort of the thing. The narrow questions of a particular deal — like ‘is the AT&T-Time Warner merger going to be good or bad?’ — are a lot more complicated to actually get into.”

Brands Finance Tech
Do NOT follow this link or you will be banned from the site!