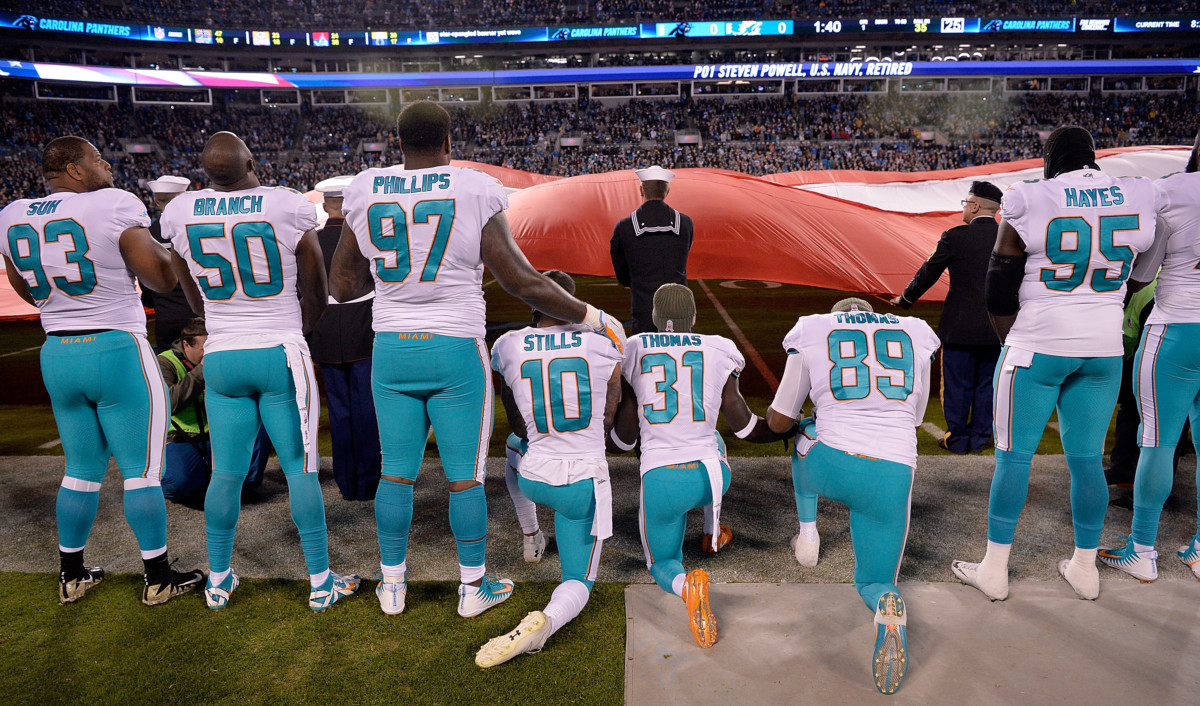 Miami Dolphins players kneel during the national anthem before their game against the Carolina Panthers at Bank of America Stadium on Nov. 13, 2017 in Charlotte, N.C. (Photo by Grant Halverson/Getty Images)
By Sam Sabin

As the National Football League begins its preseason tonight, many viewers are likely to tune in to see whether players from either the Chicago Bears or the Baltimore Ravens will kneel during the national anthem in Canton, Ohio, after the league issued – but later suspended – a policy forbidding players from staging on-field protests during the song.

While the NFL’s enforcement of the policy has already changed, a new Morning Consult poll shows that people’s opinions on anthem protests have not changed all that much since last season.

In the poll conducted July 26-30 among 2,200 adults, a plurality of 46 percent oppose the players’ kneeling on the field during the anthem, while 38 percent support the action and 15 percent had no opinion.

Those numbers are similar to a Morning Consult poll conducted Sept. 27-28 among 2,201 adults, where 46 percent were opposed, 41 percent supported the action and 13 percent had no opinion. 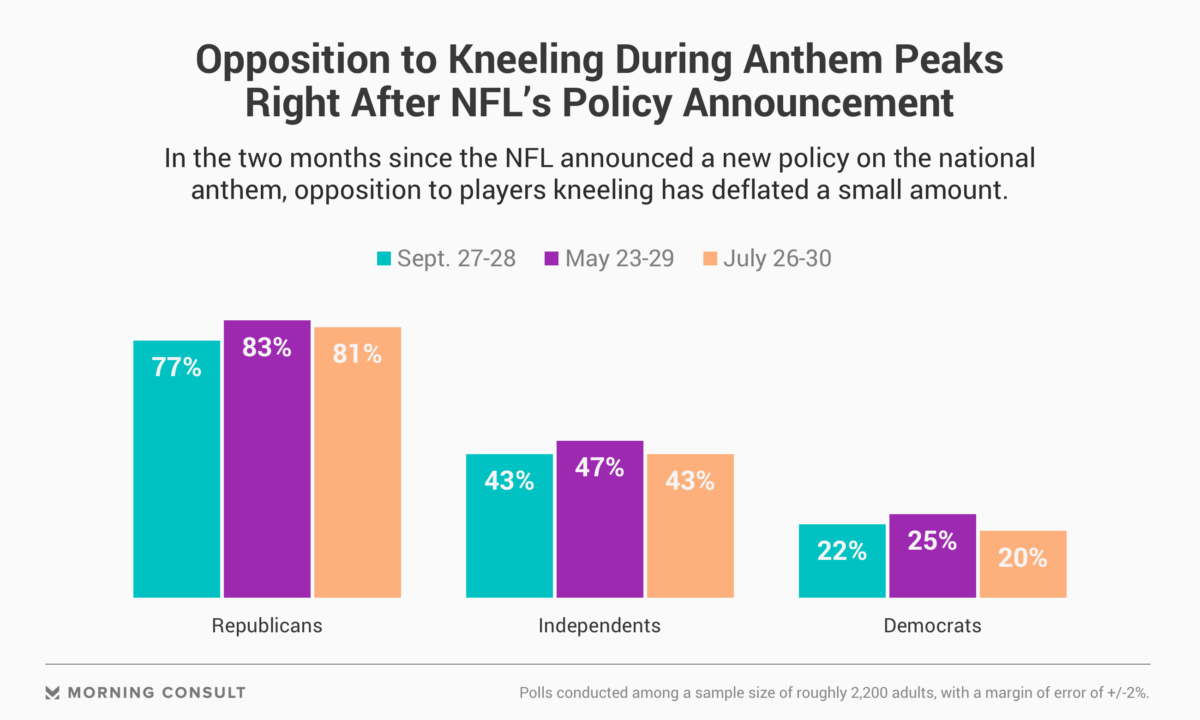 In the most recent poll, 81 percent of Republicans and 43 percent of independents said they oppose the act, and 65 percent of Democrats said they support it. The survey has a margin of error of 2 percentage points.

Public opposition to anthem protests rose slightly in a poll taken right after the NFL announced on May 23 its policy requiring players on the field to stand during the national anthem. Opposition then edged down in the latest poll, which was conducted after the league and the players’ union said on July 19 that the policy was suspended until the union and team owners worked out an agreement. 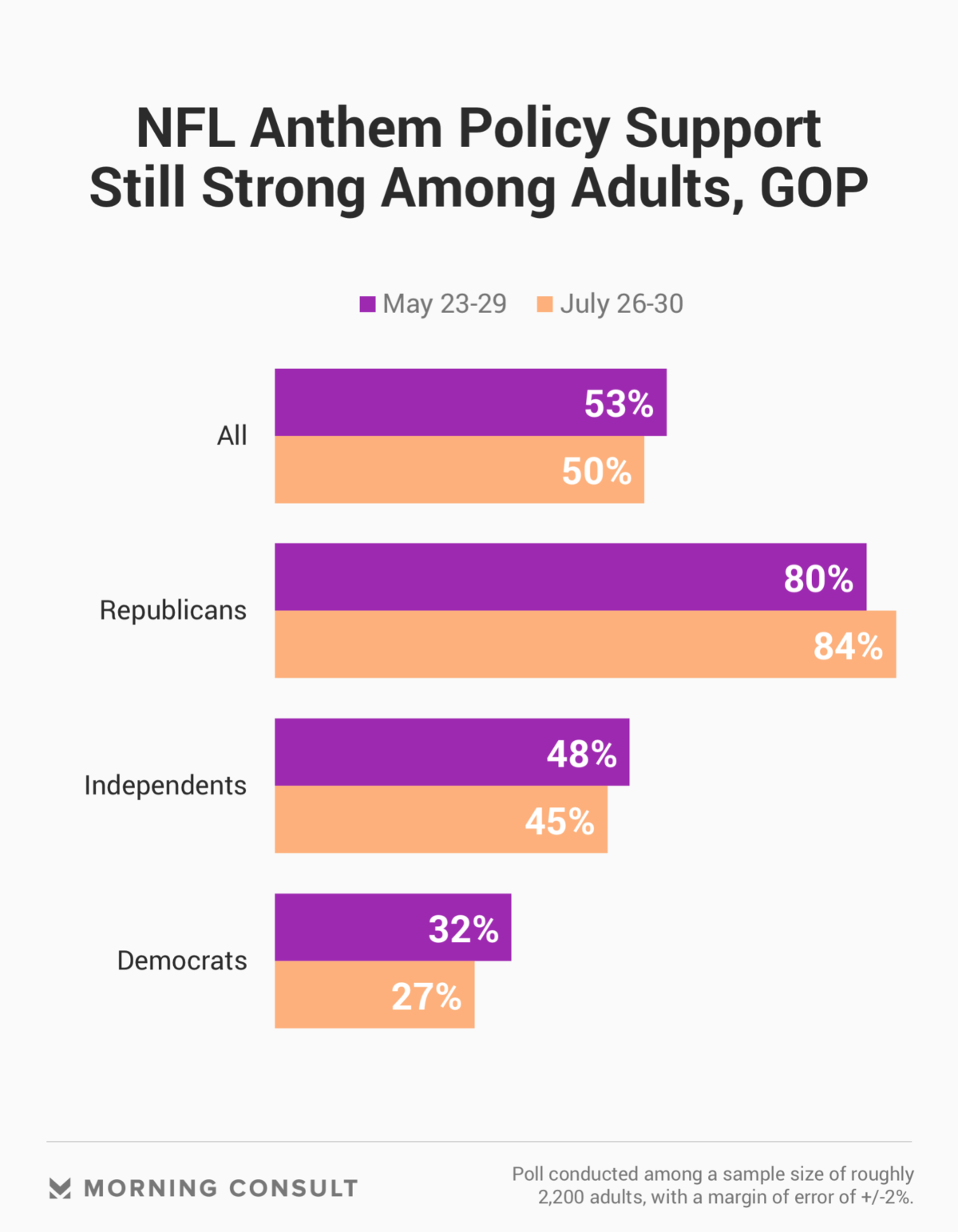 In the most recent poll, 50 percent of all adults support the suspended policy, from the 53 percent who supported it in the May 23-29 survey right after the policy was announced. 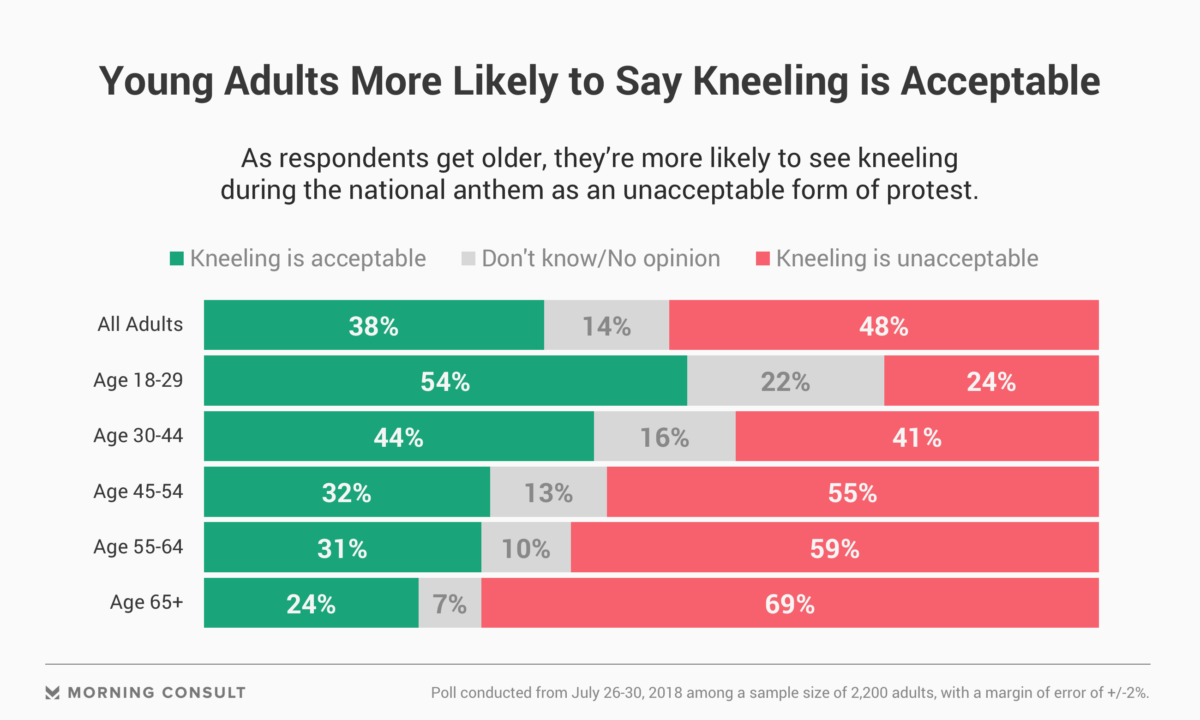 James Kahler, executive director of the AECOM Center for Sports Administration at Ohio University and a former chief marketing officer for the Cleveland Cavaliers, said most people picked a lane early in the debate on player protests and stuck with it. He said the way loyal NFL fans see the debate is as one between the players and the team owners.

“I think it’s a classic example of owners in the league not having the relationship with the union that it should. Maybe when the dust finally settles on this, they’ll get a little bit closer to the table and start working together,” Kahler said in a phone interview Wednesday. “That’s the divide in people’s opinion.” 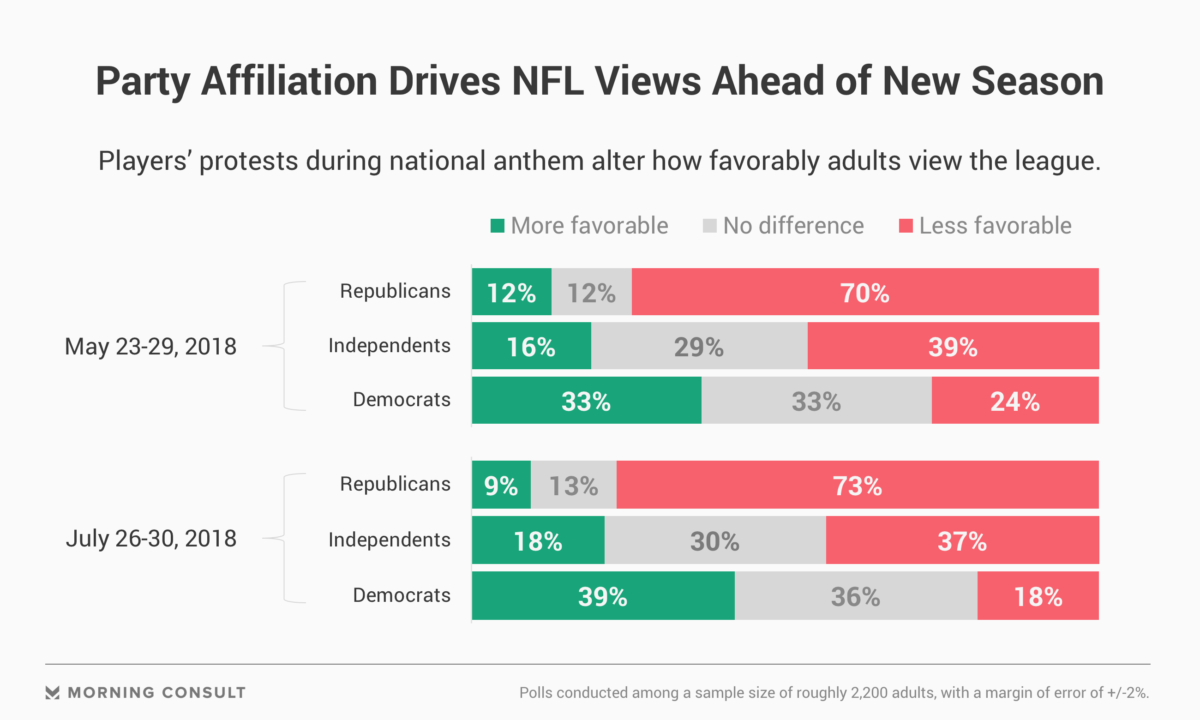 In July, Miami Dolphins players were reportedly told that if they protested on the field during the national anthem, they could be suspended for up to four games under a new team policy. Shortly thereafter, the NFL and the National Football League Players Association announced on July 19 that enforcement of the policy would be put on hold while the two sides work on a resolution to the issue.

The NFL and the NFL players’ union did not respond to requests for comment.